According to the secretary general of the CGT site Alexis Antonioli, the strike was lifted during the day on Monday following an agreement whose content he did not specify. 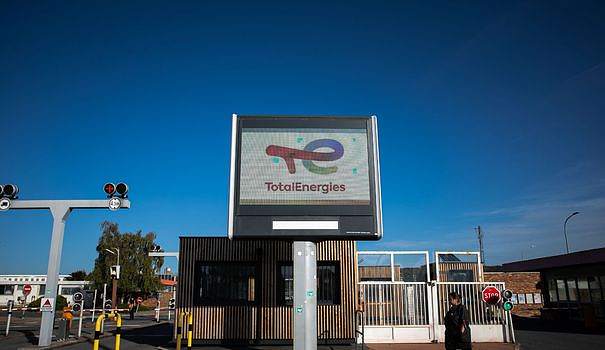 According to the secretary general of the CGT site Alexis Antonioli, the strike was lifted during the day on Monday following an agreement whose content he did not specify. A statement from the union should be published late Wednesday afternoon or Thursday, he said.

The management of TotalEnergies has for its part confirmed the lifting of the strike but it "firmly denies any local agreement on wages".

"TotalEnergies recalls that a majority agreement on wages was signed on October 14 with trade unions (CFDT and CFE-CGC)" and concerns all of the group's employees, reacted the management of TotalEnergies in a statement sent at AFP. This agreement “will be enforced,” she added.

Initially scheduled for Wednesday at 1:00 p.m., a general meeting in Gonfreville has been canceled.

While the movement was renewed on Monday during the 5:00 a.m. shift change, "a negotiation meeting made it possible to reach an agreement", had initially also specified a source familiar with the matter.

Gonfreville was with Feyzin (Rhône), one of the last two Total sites to have voted to continue the movement on October 27.

On the site of the Normandy refinery, the return to operation of the installations "has begun" but it "will take about a fortnight", specifies the source close to the file. “Fuel shipments, from the substantial stocks available on the site, will be able to be relaunched quickly”.

The strike movement of the employees of the Gonfreville-L'Orcher refinery had started on September 27, at the call of the CGT TotalEnergies. The CGT demanded a salary increase of 10%.

At the Feyzin fuel depot, the strike continued on Wednesday, according to the CGT.

"No requisitions this morning. The strikers are hoping for the imminent arrival of a mediator from the republic, it is becoming urgent," commented the CGT union delegate from Feyzin Pedro Afonso.

In Gonfreville are refined about 12 million tons of crude oil per year, or 12% of the refining capacity in France, according to TotalEnergies.