Sentenced in Great Britain for deception and theft and subject of a Netflix documentary, this 51-year-old man was arrested on Friday around 4:50 p. 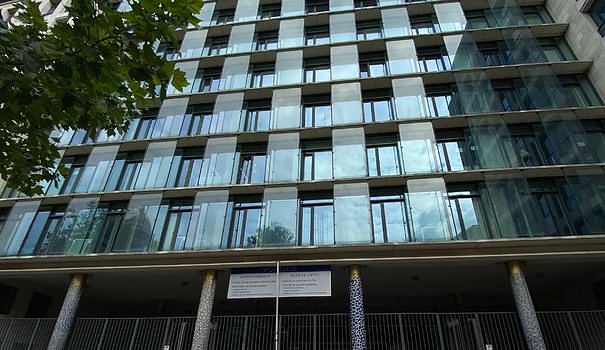 Sentenced in Great Britain for deception and theft and subject of a Netflix documentary, this 51-year-old man was arrested on Friday around 4:50 p.m. (2:50 p.m. GMT) in Grand-Bigard, near Brussels, on the E40 motorway, told AFP a spokesperson for the Belgian federal police, confirming information from BFMTV.

He was presented on Saturday in Brussels to an investigating judge who decided to "place him in detention as part of the surrender procedure" to France, said the Hal-Vilvoorde prosecutor's office at the end of the afternoon. .

Mr. Hendy-Freegard, targeted by a European arrest warrant issued by the French courts, must appear within 15 days before the Belgian court responsible for ruling on the execution of the warrant. The prosecution said it does not know at this stage whether the suspect accepts or refuses his extradition.

In France, this 50-year-old is suspected of having hit two gendarmes in the town of Vidaillat - one of whom suffered an open fracture of his nose - while he was trying to escape by car during a control of dog breeding.

He kept this breeding in an isolated house with his British companion, who lived there "in terrible conditions", "totally reclusive" and "completely under the influence", according to neighbors.

Since then, he was on the run and a judicial investigation for "attempted homicide" was entrusted to an examining magistrate in Limoges.

"Now it will be the return to normal for the inhabitants of Vidaillat. He will be able to answer for his actions. We will follow the rest, his trial and his conviction because he was still a neighbor", indicated Saturday to the 'AFP Mayor Martine Laporte.

The councilor of this small town of 180 inhabitants, where the British couple had been living since 2015, however thought "that his run would be longer because he was a very organized person".

- "Out of state of causing trouble" -

For Babette, who did not wish to give her last name and who lives in the terraced house of the British couple, "it's a sigh of relief".

"Now, it will be put out of harm's way for some time, she adds. Sandra (Clifton, the companion of the mis en cause, editor's note) and her family will be able to start a reconstruction".

Another close neighbour, Serge, who did not wish to be identified, "finds it strange that he crossed France without being detected and directly in Belgium, he was arrested. I wonder because his vehicle was still quite distinctive. We don't know where he slept, where he filled up..."

In Belgium, the federal police explained that it was thanks to cameras allowing the recognition of license plates that his car had been located, which led to his arrest.

Well known in Great Britain, Robert Hendy-Freegard is the central subject of the documentary "The Puppetmaster: lessons in manipulation" and the fiction film "Rogue Agent", both broadcast on the Netflix platform.

In 2005, he was sentenced in his country to life imprisonment for kidnapping, deception, theft from students and women, from whom he had extracted more than a million pounds, in particular by posing as a spy for the MI5, the British internal intelligence service.

"He managed to take power and control over the lives" of his victims, forcing them to live in "abject poverty", an investigator explained during the trial.

He was released in 2009 after an appeals court overturned the kidnapping conviction.