End of life: first step towards a new modification of the law

The President of the Republic has announced the launch of a citizen consultation on the end of life which will deliver its conclusions in March with a view to a possible change in the "legal framework" by the end of 2023. 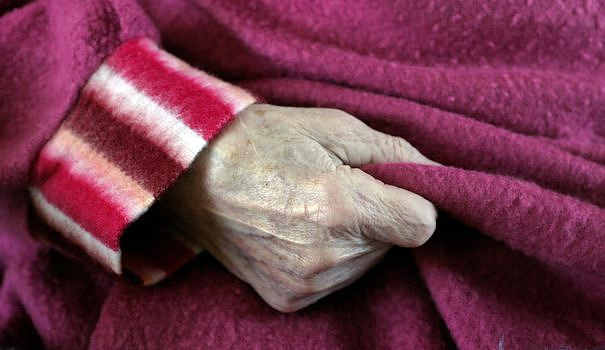 The President of the Republic has announced the launch of a citizen consultation on the end of life which will deliver its conclusions in March with a view to a possible change in the "legal framework" by the end of 2023. He does not exclude either a parliamentary outcome, nor a referendum.

Emmanuel Macron, who plans to make it the great societal reform of his second five-year term, had recently revived the subject and, to give the starting signal, was only waiting for the opinion of the National Consultative Ethics Committee (CCNE) .

After various legislative, medical and societal developments in recent years, the CCNE issued a very nuanced opinion on Tuesday but accepting, for the first time, the possibility of "active" assistance in dying.

The committee, self-seized of the question last year, "plays its role of compass to try to move forward on an extremely complex problem": to know "if our death belongs to us", according to its president Jean-François Delfraissy.

Until then, the organization was unfavorable to a modification of the Claeys-Leonetti law which governs the end of life of incurable patients in France.

Adopted in 2016, after a first version in 2005, it prohibits euthanasia and assisted suicide but allows "deep and continuous sedation until death" for terminally ill patients in very great suffering, with a vital prognosis committed to short term.

If it "must be better applied, known", there are "a certain number of situations (...) to which the law does not respond completely", explained Mr. Delfraissy.

The Ethics Committee therefore considers possible "a way for an ethical application of active assistance in dying" for patients with a life-threatening prognosis committed in the "medium term", a few weeks or months, and with physical and/or psychological suffering. unbearable.

Such a development, for which he refers the responsibility to the legislator, could only take place under "strict" conditions: a request for active assistance in dying "free, informed and repeated" by the patient, analyzed by caregivers in a " collegial procedure.

The caregivers involved should be able to benefit from a conscience clause.

The committee pleads, "in an inseparable way", for a strengthening of palliative care, stressing that the debates on the end of life must not be limited to euthanasia or assisted suicide.

And it does not present a unanimous face. Eight of its 45 members expressed a "reservation", published at the end of the opinion, and various "concerns" on a new "legislative step" without "prior efforts" on the application of existing laws or palliative care.

In a statement to AFP, the head of the "Bioethics" working group of the Conference of Bishops of France (CEF), the Archbishop of Rennes Pierre d'Ornellas judged that the CCNE's opinion cast "fog in reflection" by being a "plea for palliative care" while opening "the door to a possible legalization" of euthanasia, which is opposed by the Catholic clergy.

The end of life regularly brings up debates in France, particularly in the face of other European countries, such as Belgium or the Netherlands, where the legislation has changed in recent years to authorize euthanasia in a very controlled manner.

In Spain, "an ethics committee took a stand for a possible change in the law, the legislator passed the law without taking too much time for a real discussion with citizens and professionals, two and a half years later the caregivers do not find themselves there”, warned Professor Delfraissy.

Symbol of these disparities from one country to another, the filmmaker Jean-Luc Godard died Tuesday after resorting to assisted suicide in Switzerland, where he resided.

The CCNE pleads in France for a national debate, rather than for a referendum.

If he has, in the past, expressed an interest in "the Belgian model", Emmanuel Macron repeated on Monday that his "personal opinion does not matter".

Still, the president has decided to relaunch the subject in a context where the notion of euthanasia seems to be more accepted by public opinion and some politicians.

If a new law could bring the left and part of the center to agreement, it risks arousing strong reluctance on the right and the far right.

And, among caregivers, warnings are rising. Eight organizations of carers or establishments practicing palliative care expressed concern on Tuesday about the effects of a "major ethical change", stressing that "giving death is not a treatment".