end of a vision? The world's largest order for German drone pioneers is shaky

The euphoria was great: a young developer for drones from Darmstadt had supposedly landed the world's largest civil order for the flying remote-controlled aircraft. 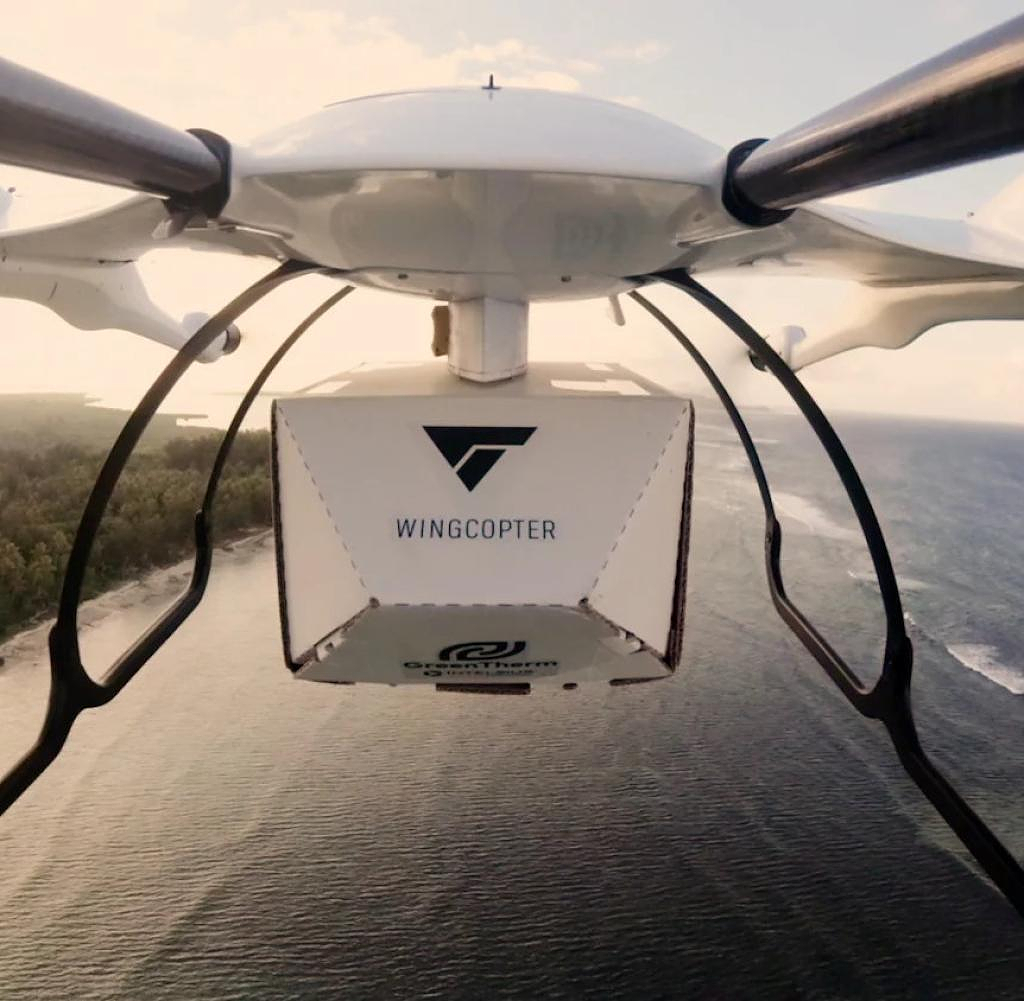 The euphoria was great: a young developer for drones from Darmstadt had supposedly landed the world's largest civil order for the flying remote-controlled aircraft. A newly won partner from the Ghanaian capital Accra in Hesse will order 12,000 drones spread over five years, Wingcopter founder Tom Plummer proudly announced in May – an order probably worth several billion euros.

The news, which quickly spread to the USA and Japan via the specialist media, sounded almost too good: The African investor wanted to implement Plümmer's idealistic vision from when the company was founded in 2017 - namely to use drones to set up a delivery service for medicines on the continent. With its great vision, Wingcopter, which was awarded the Hessian Founder's Prize and was funded by the Dax group Merck in its first projects, would be promoted to the top of the world of drone start-ups.

Now, however, disillusionment is setting in. The project is on the brink. Wingcopter has quietly removed all references to the project from its website. The homepage of the joint venture with the African partner Atlantic Trust is also empty. He cannot comment on the project at the moment, said Plummer WELT AM SONNTAG. What he can say, however, is that Wingcopter is already looking for other partners. The search for investors also continues - after all, the start-up is significantly expanding its production capacities.

The previous investors will probably stay on board - although some were only won after the announcement of the supposed mega deal. Wingcopter euphorically presented the project when looking for capital in the spring, according to sources close to the donors. However, several investors have urged the company to put the African partner through its paces professionally – after all, the project dimensions are “bombastic” and Atlantic Trust is little known.

Therefore, the investors were skeptical from the start as to whether the financial strength of the new partners was sufficient and did not base their assessment on the deal, it said. According to the "Crunchbase" database, Wingcopter has so far collected around 66 million euros from investors, including the Futury Regio Growth and Rewe development fund set up by the state of Hesse. Neither commented on request.

Officially, the mega-project is not yet buried. However, some investors are preparing for the fact that Wingcopter will now have to look for other partners for its Africa plans.

Wingcopter is regarded as a model startup in Hesse. The company, which is only six years old, develops delivery drones that are said to be particularly fast and efficient thanks to additional wings. The aircraft can fly 110 kilometers at up to 145 km/h - but only transport six kilograms. This makes it difficult to use outside of light, urgent cargo such as blood samples and medicines.

Africa is therefore considered a testing ground for such drones: in large regions of the continent, the roads are not asphalted, they are flooded in the rainy season, and refrigerated medicines and blood bags can sometimes not be stored in clinics. Drones could therefore offer advantages in medical emergencies - provided financiers can be found for the technology. Africa has another starting advantage for the developers of the drones: it is easier for them to get permission for their test flights in some African countries than in the industrialized countries.

Despite the limited market so far, the competition is fierce. A number of young companies around the world are working on small delivery drones. One of Wingcopter's biggest competitors is the US provider Zipline, which is also active in Africa and has raised almost half a billion dollars in venture capital from investors.

A year ago, Wingcopter reported a first major order for the US medical flight service Spright in the amount of 16 million dollars. For such orders, which are intended to replace previous smaller projects, Wingcopter is currently setting up industrial production. However, the Wingcopter partner Spright placed its latest major order a few weeks ago with the Swiss manufacturer Dufour, whose drones can carry significantly more payload at 40 kilograms.

The risks of the advance into the new electric flight technology are currently being shown by the development at the German air taxi developer Lilium. After its IPO, the developer again had a capital shortfall, and the share price collapsed.

‹ ›
Keywords:
DrohnenFruendtSteffenKapalschinskiChristophRewe (Handelskette)
Your comment has been forwarded to the administrator for approval.×
Warning! Will constitute a criminal offense, illegal, threatening, offensive, insulting and swearing, derogatory, defamatory, vulgar, pornographic, indecent, personality rights, damaging or similar nature in the nature of all kinds of financial content, legal, criminal and administrative responsibility for the content of the sender member / members are belong.
Related News