The entrepreneur "intends to conclude the transaction envisaged by the takeover agreement of April 25, 2022", according to the terms provided, wrote his lawyers in a letter addressed to the Californian group on Monday, and filed Tuesday with the American stock market policeman, the SEC . 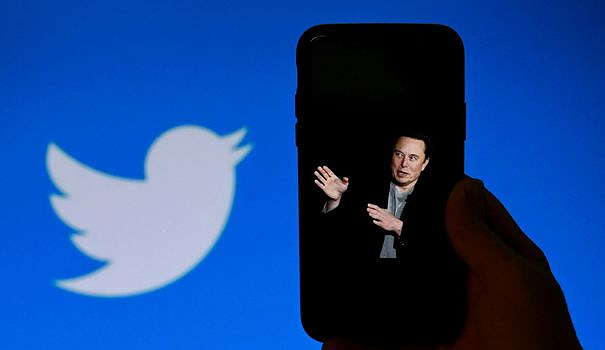 The entrepreneur "intends to conclude the transaction envisaged by the takeover agreement of April 25, 2022", according to the terms provided, wrote his lawyers in a letter addressed to the Californian group on Monday, and filed Tuesday with the American stock market policeman, the SEC .

The only condition expressed in the letter: the end of the legal proceedings in progress before the specialized court of Delaware.

The title of Twitter took more than 22% on the New York Stock Exchange, after being suspended all afternoon "pending information", after an article by the Bloomberg agency which revealed this rebound.

Elon Musk had offered in the spring to acquire the platform for 54.20 dollars per share, thus valuing it at 44 billion dollars. The board of directors, at first very reluctant, ended up accepting, but the richest man in the world unilaterally returned to this agreement in July.

Twitter had then launched lawsuits to force him to honor his commitment, and everything indicated that he was well positioned to win.

On Tuesday, the group confirmed in a brief statement "to have received the letter" and to have the intention "to conclude this transaction" at the defined price.

"It's a clear sign that Musk recognizes that his chances of winning against the board in the Delaware court are very slim and that the $44 billion buyout was going to have to happen one way or another." , reacted the analyst Dan Ives of Wedbush Securities.

Elon Musk had bombarded Twitter with criticism before and after signing the contract, including accusing the platform of censoring users.

He had justified his backtracking by saying that the proportion of spam and fake accounts on the platform was well over 5%, the figure put forward by the San Francisco company.

Faced with Twitter's complaint, the president of the Delaware specialized court to deal with the case granted the company a quick trial, while Elon Musk wanted to wait until next year and was asking for astronomical amounts of data.

It was theoretically to be held from October 17 to 21, but it will not take place if Twitter accepts this new offer.

"Twitter is going to want a bulletproof contract this time around, which is basically going to say, give us the money and we can do it. They're going to want Musk up front a good chunk of the total sum," commented Adam Badawi, professor in Business Law from the University of Berkeley.

The multi-billionaire did not say why he changed his mind.

“According to some speculation, Musk could have had to pay substantial interest if he had appealed, and therefore had to pay much more than the $54.20 per share,” notes Mr. Badawi.

The Musk clan seemed to have gained a point when Peiter Zatko, the ex-Twitter security chief who was fired in January, accused the group of major security breaches in late August, in a report submitted to US authorities.

But during preliminary hearings with the judge, the multibillionaire's lawyers seemed to struggle to substantiate the charges on the automated accounts.

A Twitter attorney cited two reports by data analytics firms hired by the businessman, Cyabra and CounterAction, which put the rate of fake accounts at 11% and 5.3%, respectively. .

“None of these reports even remotely support what Mr. Musk said to Twitter and to the world in his July 8 letter,” attorney Brad Wilson told a hearing.

If the transaction goes through, the risk that regulators will oppose it is low, according to Dan Ives.

But the once again topical idea that the boss of Tesla and SpaceX will become the owner of Twitter "will cause a storm of concerns and questions from users and politicians," added the analyst.

The April agreement had indeed been greeted with a lot of emotions, from the anxieties of the left to the joy of the right at the idea that Elon Musk would relax the rules and the moderation of content.

"The platform will become an engine of radicalization if it delivers even a fraction of what it promised," Angelo Carusone, president of the NGO Media Matters for America, said in a statement Tuesday.