"The people have spoken. 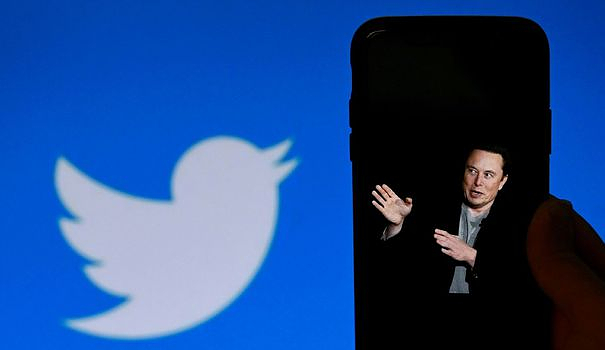 "The people have spoken. Trump will be restored," tweeted the whimsical entrepreneur on his own account after the results of a survey launched among his subscribers.

More than fifteen million responded and 51.8% voted in favor of "yes" to the return of the Republican politician on the platform.

A few minutes after his message, Donald Trump's account was visible again, the last message dating from January 8, 2021. The number of subscribers, which seems to have started again at zero, already amounted to around 300,000 around 00:20 GMT.

Elon Musk had suggested at its launch on Friday evening that the result of the poll could influence a decision on whether or not the former head of state would return to the social network since he had accompanied it with the message "Vox Populi, Vox Dei (The voice of the people is the voice of God).

The new boss of Twitter had started this consultation a few hours after having restored, in the name of freedom of expression, other suspended user accounts.

Twitter had banned Donald Trump on January 8, 2021, two days after his supporters invaded the Capitol, facing the "risk of further incitement to violence".

Elon Musk had already mentioned in May a possible return of the former Republican president, believing that this sanction constituted "a morally bad and insane decision in the extreme".

While many critics fear that the content is no longer sufficiently moderate on the social network, the multi-billionaire was expected at the turn on the subject.

Such a decision should cause waves in American society and politics, especially as Donald Trump has once again entered the race for the White House for 2024.

While rejoicing that with Elon Musk, Twitter is "in good hands", Donald Trump has however said in recent days that he will remain on his Truth Social network, even if this platform only offers him a small cash box of resonance compared to Twitter where he had more than 88 million subscribers.

During a video intervention on Saturday at a rally of the Coalition of Republican Jews in Las Vegas, Donald Trump praised the initiative and Elon Musk.

But he has his own network now, Truth Social, he argued.

On the idea that he could return to Twitter, he felt: "I do not believe because I see no reason to do so."

On Truth Social, he encouraged his followers to "vote positivity" before adding, "But don't worry, we're not going anywhere. Truth Social is special."

This is not the first time that Elon Musk has asked the opinion of his subscribers.

For example, he asked them at the end of 2021 if he should sell Tesla shares or more recently if Twitter advertisers should "support free speech" or "political correctness".