Elon Musk at the head of Twitter: the first laborious steps of the multi-billionaire

First renamed, by himself, "chief moron" in his Twitter bio, Elon Musk now presents himself as "operator of the Twitter complaint hotline". 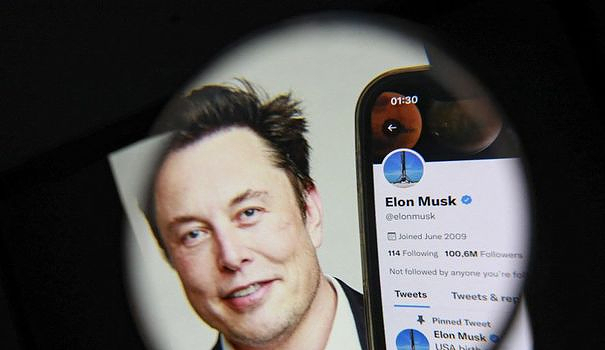 First renamed, by himself, "chief moron" in his Twitter bio, Elon Musk now presents himself as "operator of the Twitter complaint hotline". Less than a week after buying the social network, the multi-billionaire, boss of Tesla and Space X, was quick to imprint his mark, attracting both the wrath of users followed by millions of people , and vehement criticism from employees.

Friday, October 28, after six months of negotiations and several about-faces, the richest man in the world became the general manager of Twitter. Immediately after its acquisition, Elon Musk dissolved the board of directors, becoming the "sole director of Twitter", according to an official document submitted Monday to the authority of financial markets (SEC). The first tweet from the new boss of the social network - "The bird is free" - was perceived in a very different way. Thierry Breton, the European Commissioner for Digital, for example, answered him directly: "In Europe, he will fly according to our rules." While for the former employee of the American NSA and whistleblower Edward Snowden "it will cause controversy, but the censorship of the platforms had clearly gone too far".

Since then, the boss of Tesla expresses himself on the social network sometimes to joke, or "troll", sometimes to make announcements as to the direction he wishes to give to the company.

In addition to having dismissed the board of directors, several leaders were thanked, without official confirmation. According to several American media citing employees, Elon Musk brought in Tesla engineers to examine the work of Twitter employees and proceed with layoffs. "The ongoing layoff process is a farce and disgrace. Tesla minions making decisions on people they know nothing about except the number of lines of code produced. This is complete nonsense," Taylor tweeted on Sunday. Leese, the manager of an engineering team who says he was fired.

According to the "Washington Post", the multi-billionaire plans to lay off some 75% of the 7,500 employees of his new company. For now, Vijaya Gadde, chief legal officer, and Jay Sullivan, chief product officer, have removed all mention of Twitter from their profiles. The account of Nick Caldwell, the head of engineering, indicates "former manager at Twitter". Sarah Personette, the director of operations in charge of relations with advertisers, announced her resignation, as did Dalana Brand, who took care of diversity within the Californian group.

In the wake of taking office, Elon Musk promised to form a “content moderation council” to set the limits, which he currently considers too restrictive, like many political figures on the American right. He personally responded to various user complaints accusing Twitter of censorship, stressing to one that the network should "be balanced and not favor any side" and to another that profiles "suspended for minor or questionable reasons (would be ) freed from Twitter jail".

On Sunday, he himself deleted one of his tweets, which included a link to a conspiracy theory about the assault on the husband of Nancy Pelosi, the leader of the Democrats in Congress. Without, however, preventing himself from making a joke about it, responding to an article from the "New York Times" which headlined his sharing of false news: "It's false! I did not tweet a link to the New York Times!". "The Elon troll should alert the head of Twitter Elon to the withdrawal (of this tweet), commented the former UN special rapporteur for freedom of expression David Kaye, ironically on the different caps of the billionaire.

On Tuesday, Elon Musk also clarified his first major project. The new CEO, followed by 112 million subscribers, aims to develop a subscription at $8 per month for users wishing to have their account certified as authentic. "The current system of lords and peasants, with those who have the blue tick and those who don't, it's bullshit. Power to the people! Blue for 8 dollars a month," he said. . In other words, Elon Musk would like to charge for certified accounts on the social network. Currently, only certain profiles can request this guarantee of authenticity, in particular governments, companies, the media, political, cultural or sports personalities.

The advantages of these subscribers will be that their tweets will appear in priority, but they will also be able to post longer videos, and will be exposed to "half the advertising", said Elon Musk. This new offer should help the platform fight against fake accounts and diversify its sources of income, while its business model depends 90% on advertising, a market itself in great difficulty at the moment. This announcement is also dictated by the urgency of paying its debts linked to the transaction: no less than 12 billion dollars will have to be reimbursed by Twitter from 2023. Not easy for a social network that has rarely been profitable throughout throughout its history.

Still, the very idea of ​​having to pay to have your account certified has sparked a lot of criticism. “If everyone buys a verification badge, there is going to be a problem with the credibility of the information,” tweeted Pranay Pathole, an engineer fan of the multi-billionaire. According to the specialized site The Verge, Elon Musk had first considered raising the price of the monthly subscription to 20 dollars. "Twenty bucks a month to keep my blue badge? Fuck them, they should be paying me instead. If it's set up, I'm out," bestselling author Stephen King tweeted Monday. Elon Musk had responded by suggesting eight dollars.

According to employees, the engineers concerned are expected to work tirelessly to overhaul the subscription by November 7, and have been informed that their jobs are at stake.