Elizabeth II, the story of a reign: from Diana to Meghan Markle, the "Firm" at all costs

The advantage of reigning for a long time is that over the years the angles become smoother. 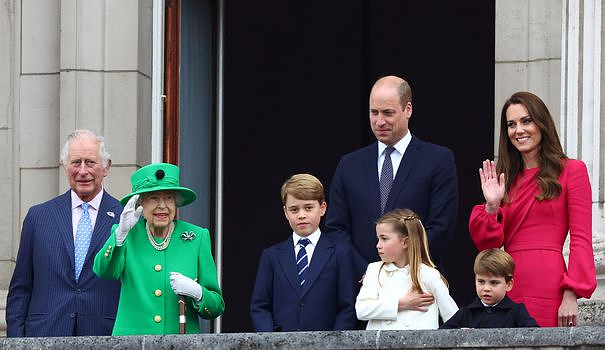 The advantage of reigning for a long time is that over the years the angles become smoother. Elizabeth II's longevity worked to the advantage of the entire royal family and, with it, the institution. The image of recent decades is that of a wise and venerable sovereign, duty in body and heart, the grandmother of the nation. However, it has not always been so.

In 1997, the British almost took a dislike to their monarch at his apparent indifference to the tragic death of his daughter-in-law, Princess Diana. And it was a Labor Prime Minister, Tony Blair, who, feeling the bad wind coming, convinced the Queen to react immediately by showing "her empathy". The constitutional stability of the country depended on it. “He understood everything about this new sentimentalism which had brought him to power and of which he was an expert. Britain was no longer in 1950, a new culture of emotion now reigned, explains historian Dominic Sandbrook. The queen was always grateful to him, but, at the same time, she did not like being indebted to him." Following the recommendations of her Prime Minister, Elizabeth II left her Balmoral castle, returned to London to admire the hundreds of thousands of flowers laid in tribute in front of Diana's residence, and gave a televised speech in which she expressed her emotion. Supporters of the monarchy and the establishment breathed a sigh of relief. The cleaver would not fall.

This episode, dramatized in 2006 by Stephen Frears in his film The Queen, written by Peter Morgan, the same who would later sign the series The Crown, says a lot about an essential aspect of the reign of Elizabeth II: the control of the image and story. For one purpose: to last at the top of the state.

This is the dark side of the "Firm", the nickname given to the royal family and its formidable public relations machine. This is also the term used by the American actress Meghan Markle, who became the wife of Prince Harry, during her famous interview with Oprah Winfrey in March 2021. When we have accounts to settle with the English monarchy, we call the Firm. The desire for control of their image by members of the royal family is not new. It began to impose itself with acuity in the 1930s, at the time of the rise of radio, press photography, then television.

Historian Edward Owens, author of The Family Firm: Monarchy, Mass Media and the British public, 1932-53, describes the mechanism perfectly. It was in 1934, on the occasion of the wedding of Prince George and Marina, Princess of Greece, that "the royal family, in tandem with the Church and the British media, orchestrated a veritable exercise in nation-building, the idea being to create subjects loyal to the Crown". The new technologies of the time fully participated in this transformation of the relationship between the public and the crowned heads. It was about helping the public identify with the various members of the royal family, like a fantasized mirror of their own family, in order to create an unbreakable and visceral bond. At the very time when the traditional social hierarchies were crumbling and the British Empire was disappearing under the blow of the wars of independence, the royal institution offered itself as the rock of the nation and the guarantor of the political and psychological stability of the country. .

However, this new intimacy between subjects and crowned heads, facilitated by television and encouraged by the royal family itself (let us not forget that it was Prince Philip's idea to broadcast his wife's coronation live in 1953 and to let television cameras into their privacy), heightened the demands and curiosity of the public and the media about them. A virtuous circle for some, a vicious circle for others. The emergence, from the 1970s, of the tabloid press owned by Rupert Murdoch increased the pressure on the royal family. She had to adapt, it was sometimes violent.

Some members of this royal family thought they could control this voracity of the public and the media. According to Tina Brown, her friend and biographer, Princess Diana manipulated the media as much as they manipulated her. In her latest book, The Palace Papers: Inside the House of Windsor-the Truth and the Turmoil, she recounts how Diana sometimes chose to warn the paparazzi of her whereabouts in order to get revenge on her lovers or the royal family.

After Diana's death, the sovereign did everything to restore the course. There was to be no more Diana business. Yet there was Meghan and Harry. Were they taking up the torch from Diana with the ulterior motive of tarnishing the future reign of Charles? Still, in November 2019 the queen, Charles and William, now taking decisions together, agreed to exclude Harry and his wife from the royal circle. There could not be two Firms. If Harry and Meghan thought they could create their own while keeping one foot in the other, receiving the subsidies, they were seriously mistaken. The traditional Christmas television message showing the Queen at her desk in front of photos of her father George VI, her husband Philip, her son Charles and Camilla, and William and his family could not be more explicit.

According to Tom Bower, author of Revenge: Meghan, Harry and the War between the Windsors, "When Harry saw this he went white with rage." Where were his picture and that of his family on the queen's desk? "The Windsors erased the Sussexes from history." The queen's message was clear: there could be no dissension. Notice to amateurs: rotten branches would be systematically cut. Prince Andrew was next on the list. The queen withdrew her favorite son from any public, military or honorary role. His sordid involvement in the Epstein affair disqualified him once and for all.

Preparing for the future, the sovereign authorized in the summer of 2022 a discreet campaign around Camilla, dubbed future queen consort. Photographed by her daughter-in-law Kate, Camilla then made the cover of Country Life, but also of Vogue. She is presented as a "feminist" queen consort - this is to make her more popular with her future subjects, but also to counter her poor image, dramatized in The Crown. "It's a classic operation of image embellishment and counter-narrative, says historian Edward Owens, with the blessing of Elizabeth II", who will have held the Firm's public relations to the end.