Elizabeth II and Cyprus, relations tainted by the colonial past

At the crossroads between East and West, Cyprus has attracted the greed of successive empires, ranging from the Greeks to the Ottomans. 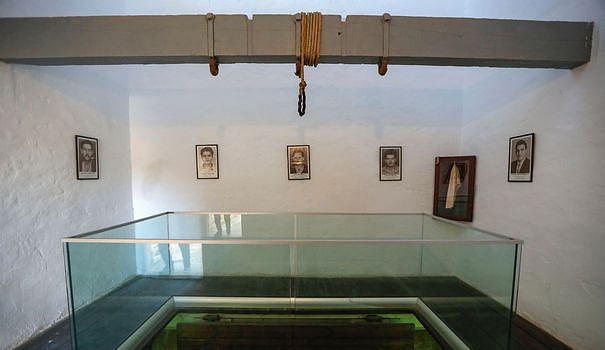 At the crossroads between East and West, Cyprus has attracted the greed of successive empires, ranging from the Greeks to the Ottomans. And in 1878, the island came under British administration and became a Crown Colony in 1925 before gaining independence in 1960.

"She was a good queen, but not for Cyprus," Andreas, an 83-year-old pensioner, told AFP, who declined to give his full name.

Like him, the Cypriots who know the colonial period judge Elizabeth II responsible for the death sentence of nine young fighters of EOKA, a paramilitary organization which fought against British domination between 1955 and 1959 and advocated attachment to Greece.

"She did not pardon the young people who were fighting for Cyprus, for freedom, and they (the English, editor's note) hanged them," he added.

However, if we are to believe the daily Cyprus Mail, the island's main English-language newspaper, "the queen did not sign the death sentences (...) The power to grant pardons belonged to the governor (of the 'island) and not to the queen".

These old wounds resurfaced last June during the Queen's Platinum Jubilee celebrations organized in Cyprus by the British army which maintains two important bases in the south and east of the island.

A large charity concert planned for this occasion in a historic site in the south-west of the island had to be transferred to one of these bases after Cypriots denounced such an event, calling the queen a "killer". .

In October 1993, during her first and only visit to the island, the queen was also booed by a group of protesters shouting "Go home!".

According to royal family observers, this reception received in the former colony was one of the worst she had experienced during her countless travels.

A member of the European Union, which has around one million inhabitants, Cyprus has been divided since its invasion in 1974 by the Turkish army of its northern third, in reaction to a coup aimed at joining the country to Greece.

This division feeds another grudge against the former colonial power, which was the guarantor of the island's sovereignty under the independence treaty and which is accused of not having intervened to stop the Turkish invasion.

A member of the Commonwealth, Cyprus nevertheless maintains close ties with Great Britain.

The island is home to a large community of British expatriates and retirees and many Cypriots have long chosen England for their university education.

Appreciated for its sun, beaches and crystal clear waters, "Aphrodite's Island" is also very popular with British tourists, who represent the largest contingent of visitors.

On Twitter, Cypriot President Nicos Anastasiades sent his "sincere condolences" for the death of the queen.

And in the street, Cypriots expressed their pain.

"We are sad (...) We want the new king to be like her. Long live the king!" Alec Ioannou told AFP near busy Ledra Street in Nicosia's old town. the end of the 1950s "Murder Mile" (the kilometer of death, editor's note), in allusion to the attacks of Greek Cypriots against the British army.