Here is Elisabeth Borne's baby again with an extension cord. 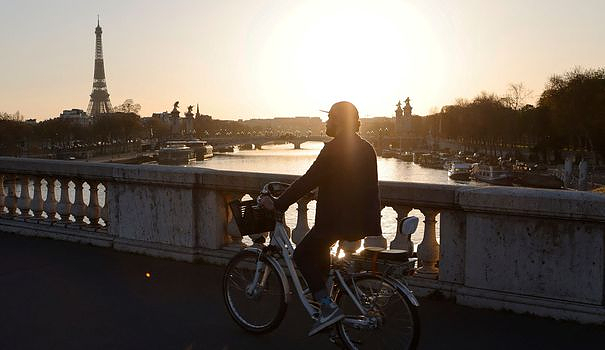 Here is Elisabeth Borne's baby again with an extension cord. This Tuesday, Matignon announced that the bicycle fund will be "endowed with 250 million euros in 2023". A way to mark the occasion for the fourth anniversary of this plan developed by the Prime Minister during her stay at the Ministry of Transport, during the first two governments formed by Edouard Philippe. This amount should accelerate the transition to this long discredited mode of transport, according to the Minister. "The objective, in 2024, is for the bicycle to represent 9% of French trips", notes the press release issued by Matignon on Tuesday.

The "active mobility fund", which allows the financing of infrastructure, will be part "in a logic of contractualization with the communities, to ensure that the investments are targeted and effective" promises the Prime Minister. On the program, 200 million dedicated to infrastructure and 50 million euros for parking". An amount which should also apply to 2024 and 2025.

Matignon has also planned to bring to an entire age group the "know how to ride a bike" device in primary school, from which 160,000 children have benefited over the past three years, and which makes it possible to introduce the youngest regular use of this mode of transport. An "interministerial cycling committee", which will integrate all the ministers concerned, into the missions will also be launched in the fall and will meet every six months.

The amounts allocated to this plan have constantly evolved since 2018, when the government of Édouard Philippe announced 350 million euros over seven years. With the health crisis, the executive proposed a first extension of an additional 150 million euros, included in the post-Covid-19 recovery plan. So comes a third increase, justified by the success of the operation by the ministry.

According to the website of the Ministry of Ecology, "the first five calls for projects launched between 2019 and 2022 were a great success with 933 winning projects for a total of 365 million euros in subsidies. 599 territories were thus able to benefit from "support for the realization of projects for the sustainability of transition cycle paths, the creation of secure cycle routes and the reduction of route discontinuities".

Still, the defenders of the bike, like Françoise Rossignol, believe that it is necessary to stabilize the plan, in order to allow a sustainable transition, carried out over several years. "Significant progress is announced, I hope it will be implemented in a multi-year plan so that small or medium-sized communities can fully develop their cycling plans," she said on Twitter. Nothing is less sure.

Because on the side of Matignon, we reserve the right to make some adjustments. "The multi-annual envelope remains to be defined, because it will be part of the overall reflection on transport infrastructure, on the basis in particular of the infrastructure orientation council which will be delivered this fall", indicated the Prime Minister's office. , to AFP.

Above all, some players in the bicycle and ecological transition denounce amounts that are far too low. In a forum in Le Monde, the climatologist Valérie Masson-Delmotte, and the president of the French Federation of bicycle users Olivier Schneider demanded an additional 2.5 billion euros from the State for the active mobility plan.

"If, in 2018, the government set itself the objective of tripling the trips made by bicycle by 2024, everything suggests that this objective will not be achieved. In order to accelerate, France must give itself the means (training, infrastructure, human and financial resources) of its ambitions", they wrote on September 14. By way of comparison, the Paris Bike Plan 2021-2026 will also amount to 250 million euros.