“I will be direct: this is unacceptable for the EU”. 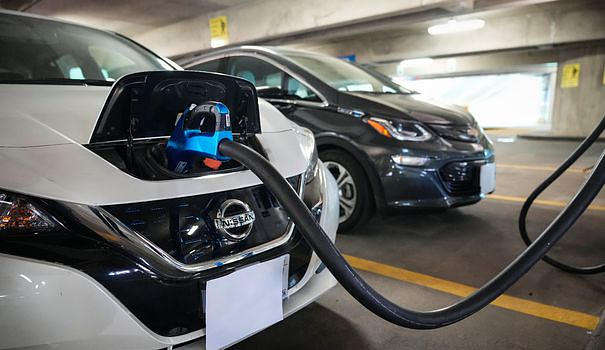 “I will be direct: this is unacceptable for the EU”. Jozef Sikela, the Czech Minister of Industry, whose country holds the rotating presidency of the EU, did not go around the bush this Monday, October 31. The object of his exasperation? "The Inflation Reduction Act", a gigantic American investment plan on climate transition promulgated by Joe Biden on August 17. It establishes "discriminatory" measures for European car manufacturers, deplore the Twenty-Seven.

"As it stands, this text is extremely protectionist, to the detriment of European exports. This point must be clarified", underlined Jozef Sikela, on the sidelines of a meeting of European trade ministers in Prague, where the ambassador was invited. American Commerce Katherine Tai.

However, the EU is currently ruling out any action before the World Trade Organization (WTO): "At this stage, we are concentrating on a negotiated solution before considering other options", declared the European Commissioner to the Commerce Valdis Dombrovskis after the meeting.

The "Inflation Reduction Act" set up by Joe Biden appears to be the biggest investment ever decided in the fight against climate change. The text, the result of difficult negotiations with the right wing of the Democratic Party, provides 370 billion dollars to reduce greenhouse gas emissions by 40% by 2030 through the construction of wind turbines, solar panels and electric vehicles.

One measure in particular ruffles Europeans: a tax credit, up to 7,500 dollars, reserved for the acquisition of an electric vehicle coming out of a North American factory with a locally manufactured battery. This measure therefore excludes cars produced in the EU. The Republican Party had called these tax credits for the purchase of an electric car a “scam”.

"Many of the 'green' subsidies provided for in the text may discriminate against European companies in the fields of automobiles, batteries, renewable energies and energy-intensive industries", Valdis Dombrovskis insisted on Monday. .

He announced that a joint "working group" between the EU and the United States would hold its first meeting this week to try to address the concerns of Europeans. "It won't be easy to solve, but we have to get there," he told reporters. "We know that other countries, such as Japan and South Korea, share the concerns of the EU, and are also considering how best to approach this problem," he added.

For the Twenty-Seven, "the objective would be to obtain the same status as Canada and Mexico", whose production benefits from the same advantages as that of the United States in the measures adopted, specified Jozef Sikela, noting that it was "a starting position in the negotiations". The Czech official said he was "quite optimistic" after Katherine Tai's meeting with EU ministers in Prague: "There is good will on both sides," he said.

In recent weeks, European Union officials have spoken out against planned U.S. tax credits for the domestic electric vehicle market, which they say would unfairly disadvantage electric cars made elsewhere. Germany, home to car giants Volkswagen, BMW and Mercedes, has meanwhile warned of the risk of a "huge tariff war" across the Atlantic, as Chancellor Olaf Scholz said on October 11. last.

The Minister of Economy and Finance Bruno Le Maire shared the same fears, saying on October 19 that the American plan could "endanger equal treatment" between the two continents. "The American law on the reduction of inflation is a matter of concern not only for France and Germany but also for all European countries", declared Bruno Le Maire, calling for "adequate European responses". "We do not want to enter into a new trade war, it would be a total failure", he echoed, wishing to favor dialogue between Europeans, and with Washington.

"It is very important that we cooperate closely as strategic allies, particularly in the current situation", between war in Ukraine and energy crisis, hammered Jozef Sikela. He highlighted the fact that Europe must deepen its ties with "reliable partners who share its values" to get rid of its dependence "on unpredictable authoritarian regimes".

Brussels and Washington have had several major disputes before the WTO in recent years, in particular over aid to the American aircraft manufacturer Boeing and American customs duties on European steel.