This election aims to renew the 275 seats of the House of Representatives. 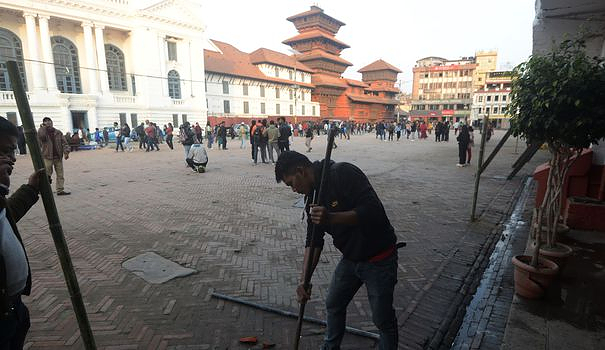 This election aims to renew the 275 seats of the House of Representatives. The two main political forces in the country, the Nepalese Congress (centre) led by current Prime Minister Sher Bahadur Deuba, and the Communist Party of Nepal (CPN-UML), are facing competition this time from a multitude of independent candidates communing in disillusion against the caciques who have monopolized power for decades.

A waltz of prime ministers, most of whom have been in office for less than a year, and a clientelist political culture are fueling mistrust among Nepalese, many of whom believe their leaders are out of touch with reality.

Although analysts expect the political establishment to once again dominate the next assembly, the urge for change is palpable.

"People say, we've been cheated, there's discrimination, we have to pay bribes, we don't have access to clean water, we don't have jobs," says AFP Rabi Lamichhane, who is 48 years old the oldest of the wave of new independent candidates.

This famous and charismatic TV presenter knows how to bring crowds together. Not least thanks to virulent political interviews and hidden camera reports, where many leaders have been caught in the act of paying bribes for routine public services.

These broadcasts resonated with Nepalese dismayed by widespread corruption and scandals of all kinds.

"Young voters are a dominant force now. Before, it was parents or grandparents who decided who the family was going to vote for. Now it's the children who do it," the political analyst told AFP. Hari Sharma.

This older generation in power experienced the civil war, which ended in 2006 after ten years and more than 17,000 deaths. The peace agreement signed at the end of the conflict led to the abolition of the monarchy in 2008 and transformed the former Maoist guerrillas into a classic political force.

Since the end of the conflict, power has oscillated between former guerrillas and pre-war political elites. Sunday's legislative elections are the second to be held since the adoption in 2015, after a decade of political imbroglios, of a new constitution.

The Nepalese Parliament has since been plagued by constant instability: no Prime Minister has so far managed to complete a term. The current leader, Sher Bahadur Deuba, 76, is in office for the fifth time.

Public discontent is growing as the economy has been struggling since the coronavirus pandemic has plagued the country's vital tourism sector and dried up remittances from the large numbers of Nepalese working in Nepal. foreign.

Inflation is soaring and the government has banned the import of several products, notably alcohol and televisions, in order to preserve its dwindling foreign currency reserves.

But analysts say the nature of Nepal's parliamentary system is likely to bring established parties back to power.

Nepal's next prime minister will also have to balance the traditional rivalry for influence between its Indian and Chinese neighbors and deal with criticism from China over US-funded projects in the country.

"It is unlikely that there will be a majority for a single party," predicted Guna Raj Luitel, editor-in-chief of the Nagarik newspaper, to AFP. “It will again be the same power games and the same coalition governments.”

Nepal's isolated Himalayan communities make every national vote a logistical feat, and election commission officials say it will take "four to five days" for the result to be known.