Elections at the hospital: after the Ségur, the hour of reckoning for the unions

Who will benefit from the Ségur? The 1. 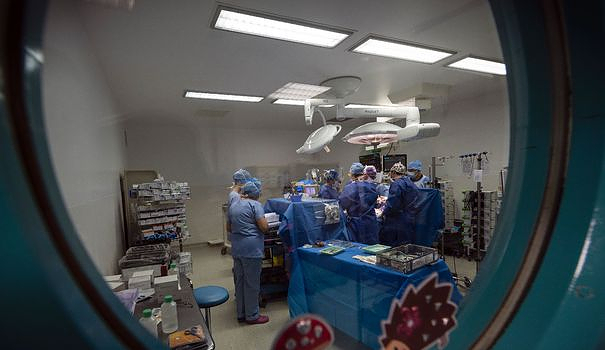 Who will benefit from the Ségur? The 1.2 million agents - permanent and contractual - of the hospital public service are called upon to choose their union representatives in the professional elections organized from 1 to 8 December.

The deadline is crucial for the unions, divided into two camps since the summer of 2020, when three organizations (FO, CFDT, Unsa) hit with the government. At stake, in particular, more than 10 billion euros per year in permanent revaluations for all personnel in the sector.

A "historic" agreement, which "remains the major element of our balance sheet" and "the cornerstone of our campaign", assumes Didier Birig. The leader of FO-Santé, who took second place from the CFDT with nearly 25% of the vote four years ago, intends to "maintain" this position and consolidate it to "hound the CGT more seriously" - solid first with more than 31% of the votes in the last ballot.

To fill the gap, he now insists on "working conditions, which are the second leg of Ségur", and demands "minimum staff" in the services, with ratios of carers per patient.

Same fight for his CFDT-Santé counterpart, Evelyne Rescanières, for whom "there is still grain to grind" in Ségur, in particular on "night allowances".

"We have a record, we defend it, but it's not over," she says, displaying her ambition to "come back second" at the polls. Which will mean doing better than the 24% collected in 2018. Even if it means defending "the policy of small steps" unlike other unions in whose eyes, according to her, "because not everyone has , no one should have".

Small tackle slipped to the CGT-Santé, which had refused to initial the Ségur, which its general secretary Mireille Stivala still describes as "very insufficient protocol".

"We moved on," she says today. This does not prevent it from claiming its share of this "fruit of the struggle and mobilization", of which it remains the spearhead.

But his days of repeated action are far from full, despite the context of permanent crisis that undermines the hospital. Sign of a probable resignation of the troops, the main danger identified by the one who "wants to remain the first organization".

Ms. Stivala also does not hide being "worried about the turnout", which has already fallen to 44% in the last elections. Like other unions, she fears a further setback because of the increasing use of electronic voting, tainted according to her with "dysfunctions".

"It will inevitably be a brake", also believes Jean-Marc Devauchelle, number one of SUD-Santé. Eager to "build a balance of power" with the executive, he intends to capitalize on a "still palpable frustration of Ségur" to exceed his current 8%.

Just behind, Unsa-Santé, "the smallest of the big hospital unions" with just over 5%, "tables of course on Ségur" to continue to progress, explains its leader Yann Le Baron.

Whatever the verdict of the polls, the result will in any case not settle the dispute between the two camps. "We work with those who want to work with us", says the CFDT, when FO deplores that its "buoys launched" at the CGT have "always received an end of inadmissibility".

"We continued to mobilize, it was the others who stopped coming", replies the CGT, which judges however that "it is not a total rupture", provided that everyone is ready to go "to the end demands". A waste of time for SUD, which considers that with the signatories of Ségur, "trade union unity no longer exists".