Shortly before the start of a concert in the Elbphilharmonie, climate activists of the "last generation" glued themselves to a conductor's podium on Wednesday evening. 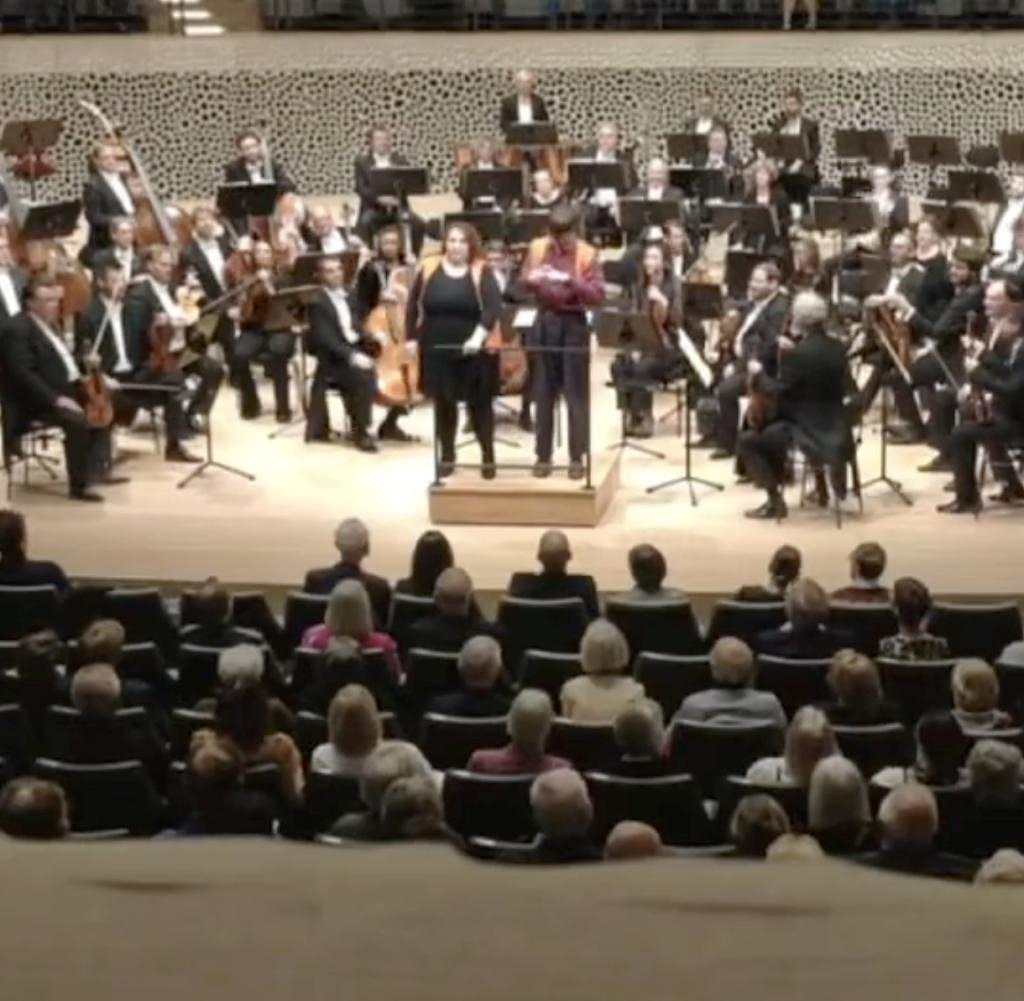 Shortly before the start of a concert in the Elbphilharmonie, climate activists of the "last generation" glued themselves to a conductor's podium on Wednesday evening. In a video that the group shared on Twitter, you can see a woman and a man, each wearing a safety vest, standing at the lectern on stage and speaking to the audience. The activists called for resistance to what they saw as the government's indecisive climate policy. On the video you can hear shouts from the audience like "Oh, no" or "Get out."

The police had announced in the evening that the two activists had been released from the railing after a short time and taken into custody. A spokesman for the Elbphilharmonie confirmed the disruptive action on Thursday. Two environmental activists climbed onto the stage, glued themselves to the banister of the conductor's desk and read out a statement. The concert started six minutes late after the activists left the stage, the spokesman said. “Of course we want our audience to have a trouble-free concert experience. But we also understand the concern for our natural livelihoods peacefully expressed by the young protesters.”

In her speech, a Last Generation activist said, "Just like there is only one Beethoven violin concerto, we only have this one planet whose boundaries we so disregard that climate-related disasters are becoming more common and deadly." And: "There will be no more Elbphilharmonie to enjoy Beethoven when Hamburg is under water."

Compared to Berlin, for example, Hamburg has experienced relatively few disruptive actions of this kind. Only occasionally have streets been blocked by activists from the “last generation” or other groups.

After the action by climate activists in the Elbphilharmonie, the Berlin Philharmonic are again concerned with the possibility of protests in the concert hall. The service provider responsible for security was said to have been spoken to on Thursday at the Berliner Philharmoniker Foundation. The Philharmonie will also have to continue to deal with the issue of security and the provision of possible actions. "However, we see no way of preventing something like this without disproportionate controls," said a spokeswoman for the dpa.

‹ ›
Keywords:
ElbphilharmonieKlimaschutzAufstand Der Letzten Generation (Aktivisten)LauterbachJörnTexttospeechTwitterMusikHamburgDirigentenpult
Your comment has been forwarded to the administrator for approval.×
Warning! Will constitute a criminal offense, illegal, threatening, offensive, insulting and swearing, derogatory, defamatory, vulgar, pornographic, indecent, personality rights, damaging or similar nature in the nature of all kinds of financial content, legal, criminal and administrative responsibility for the content of the sender member / members are belong.
Related News