El Ejido said goodbye to its 45th Theater Festival, blowing out the candles 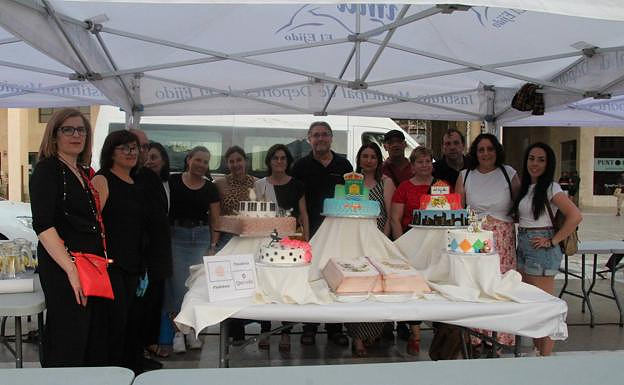 Last night, the Festival's 45th Edition was a farewell. It began with a street performance to share culture and make performing arts more accessible to all.

The Plaza Mayor was the epicenter of the closure. This was in order to revitalize the center. It began with a lively Charanga, followed by the surprising Puppets parade by Majareta. Next, Luigi Ludus, a specialist on children's magic and family magic, continued with El Carromago.

One of the most memorable moments was when a large cake appeared to celebrate the 45th Anniversary of the Theater Festival. The attendees sang in unison 'happy Birthday', and the night ended with music, hand-in-hand with Almeria Los Vinilos.

Julia Ibanez, Councilor for Culture was pleased with the development of this edition. However, due to external issues, the last theater show, "Woman", directed by Aaron Vivancos had to be canceled at the last moment. Festival.

While not all 45 years of Theater Festival are celebrated in every city, the local government felt it was "a very special day and we have achieved that Festival, once more, reaches all corners and in which there have been a great variety, both in theaters as well as on the streets>>.

This 45th edition is the largest of all celebrations, and it has been celebrated for a month or more. "After years of the pandemic that have made it difficult to enjoy El Ejido's theater as much as we would like, we decided to create a larger program this year," said Ibanez. He also stressed that the municipality government must ensure that culture is easily accessible. Culture should not be considered a luxury. This Theater Festival is characterized by its affordable pricing so everyone can enjoy it. There are also many free street shows.

The total number of spectators who visited the stalls and mobile stages was approximately 10,800. Next year, Ibanez predicted, the renovated and remodeled Municipal Theatre will join the crowd. It is noteworthy that these street shows attracted more than 7,000 people over the course of six weeks.

Everyone received a wonderful reception, but I want you to remember the Festival's start with almost sold-out tickets for 'Ghost el musical. Nearly 3,000 people were able to enjoy the magic of this musical for three days," said the Councilor for Culture. He added that there have been "practically 1,200 people who have enjoyed street theater in different nuclei and more than 200 people weekly with this new series musical concerts with the touch of women in emblematic places like the Torre de Balerma where we had Solea Morente>>.

As Ejido's councilor stated, "there have been shows which have touched our hearts and made us reflect." We try to find plays that move our consciences and make us reflect. One of those plays, which won the Max Award, was 'Cris the brave little girl' by Black Mirror. I know that people cried when they saw it.

Ibanez also mentioned Dani Rovira’s podcast and the beautiful performance of Miguel Angel Munoz. We chose once again great artists who, amazingly, had not yet come to our Festival. This is very difficult because, over 45 years, all of the greats have passed through our stages.

Loles Leon, who was new to the Theater Festival, was actually the Seat of Honour in this edition. He also joined the Ron Lala company. And fundamental companies that are always here, like Els Joglars, who celebrated their 60th anniversary together with us. We enjoyed Mercado de Amores, with Pablo Carbonell. We also had 'Un hombre de Paso’ with Antonio de la Torre, directed by Manuel Martin Cuenca>>.

Ibanez also mentioned that the Nave de Ejidomar was inaugurated during this edition with the Edible Theater, "which was once an emblematic place for celebrating different types of events both in our patron saint festivities as well as the Theater Festival". They had performed there at the Festival companies such Els Joglars.

‹ ›
Keywords:
EjidoDespideFestivalTeatroSoplandoVelas
Your comment has been forwarded to the administrator for approval.×
Warning! Will constitute a criminal offense, illegal, threatening, offensive, insulting and swearing, derogatory, defamatory, vulgar, pornographic, indecent, personality rights, damaging or similar nature in the nature of all kinds of financial content, legal, criminal and administrative responsibility for the content of the sender member / members are belong.
Related News