The Municipal Sports Institute of El Ejido (IMD), already has a varied and intense summer program. 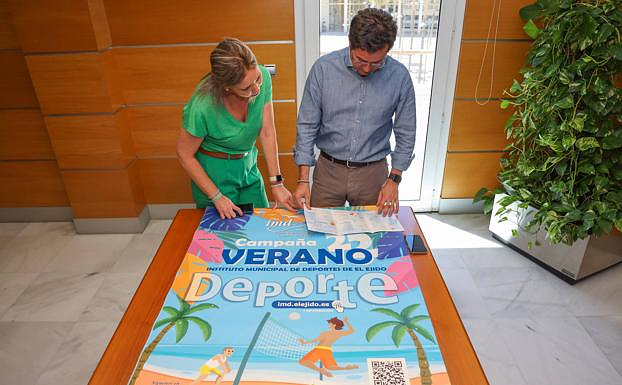 The Municipal Sports Institute of El Ejido (IMD), already has a varied and intense summer program. It includes activities for all ages, including soccer, volleyball beach athletics, rugby, or family activities.

The Fiestas de San Isidro will conclude on July 5, with a 7-a side football tournament at El Palmeral de Balerma.

Bicycle Day will again bring families together in Almerimar, Saturday, July 9th, at 10:30 a.m. and Sunday, July 31st, at 11:00 a.m. at the Parque El Palmeral De Balerma. This is one of the most popular sports for group participation.

This year's novelty: Nordic walking days for seniors will be held in Balerma every Tuesday and Almerimar every Wednesday. Groups of up to 20 people are allowed.

The Petanque Tournaments will be available for the older children. They will be held at the Brisamar Sport Complex in Almerimar on July 14, and at Balerma on July 21, respectively.

The traditional Fiestas del Mar, a game in the sand, is what the children look forward to the most. They will be held in Almerimar on July 15 at Poniente Beach and July 12 at Poniente Beach; Guardias Viejas on July 22; Balerma, on both July 30th and August 13; San Agustin on August 21.

Sports animation is a free and open-to-all event that offers games for all ages and no registration. It will be available at Santa Maria del Aguila Soccer Field on Friday, July 28, at 5:59 p.m., at Tarambana Municipal Booth on Friday, July 29 and at Las Norias de Daza on August 18.

Maria Jose Martin, the Councilor for Sports, stated that "with initiatives such as these, we help little ones become fond of sport."

Running continues to be a popular sport and should not be missed in the summer programme. The IX Balerma Popular Night Race will be the first major competition for the summer. It will take place right next to the Sports Pavilion on the 23rd of July.

The VI Almerimar Grand Prix 'Murgiverde 'Murgiverde' will be another event that is highly anticipated in this modality. It will again bring together large numbers of participants on Saturday, 20 August.

After the success of the inaugural edition, the II Guardias Viejas Cross Triathlon returns to Playa del Castillo in September 18.

‹ ›
Keywords:
EjidoProponeDisfrutarVeranoFamiliaDeporte
Your comment has been forwarded to the administrator for approval.×
Warning! Will constitute a criminal offense, illegal, threatening, offensive, insulting and swearing, derogatory, defamatory, vulgar, pornographic, indecent, personality rights, damaging or similar nature in the nature of all kinds of financial content, legal, criminal and administrative responsibility for the content of the sender member / members are belong.
Related News