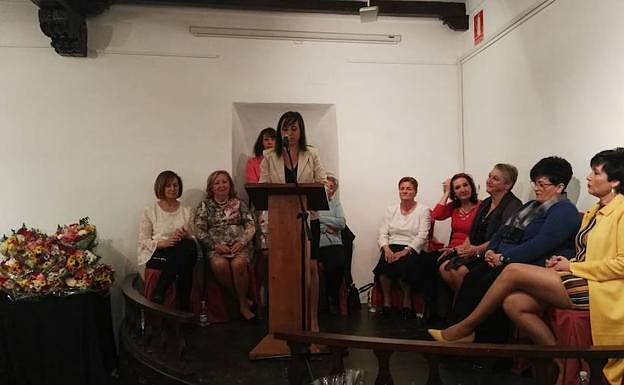 The City Council of Las Gabias paid tribute to eight women from Las Gabias on International Women's Day. According to the Consistory, they "are an example to be followed and a benchmark in the activities organized for March 8>>." This act was celebrated at the Torreon de Las Gabias centenary celebration and was presided over by Vanessa Polo, the mayor of the municipality.

These women and organizations that did a great job in 2018 were highlighted during the event. The honorees' relatives and friends were present to support them at all times.

Josefa Enriquez Polo was the first honoree. She is an outstanding businesswoman from the area who has been honored for her contributions to the business sector. Francisca Sanchez Baena and Antonia Ruiz Lopez were the next recipients of admiration from the attendees. They described themselves as "two fighting women who have overcome all the obstacles that life has placed in their way", in their presentation. Both women were highlighted as shining examples of the beauty and power of life.

Ma Angeles Bermudez Jimenez was the fourth woman to receive a tribute. She has been honored for her efforts in support of equality in education. Resurreccion Ariza was also highlighted in individual recognitions. She was chosen by her neighbors in a popular survey as "a woman who collaborates with all municipalities and is present on all municipal areas," according to your presentation.

The City Council first gave respect to the Las Gabias bearers for their "great work in maintaining traditions in the city." The Municipal Home Help Service, which does extensive social work for the elderly and dependents of Las Gabias, has joined them. The councilor said that this estate is comprised of 34 women and one male, which "are a benchmark in the town for the essential work that they do."

Ana Galvez, the local Councilor for Equality wanted to express to neighbors and their families and friends "the affections and admiration of all of Las Gabias", and to also thank them for "all the work they do to make our municipality a better place to call home."

‹ ›
Keywords:
AyuntamientoGabiasHomenajeaOchoVecinasColectivosMunicipio
Your comment has been forwarded to the administrator for approval.×
Warning! Will constitute a criminal offense, illegal, threatening, offensive, insulting and swearing, derogatory, defamatory, vulgar, pornographic, indecent, personality rights, damaging or similar nature in the nature of all kinds of financial content, legal, criminal and administrative responsibility for the content of the sender member / members are belong.
Related News