ECOWAS decides to create a regional force against jihadism and coups

The heads of the member states of the Economic Community of West African States (ECOWAS) or their representatives meeting at the summit also demanded that the junta in power in Mali release before January 1 46 Ivorian soldiers prisoners since July, a told journalists Omar Touray, president of the ECOWAS commission. 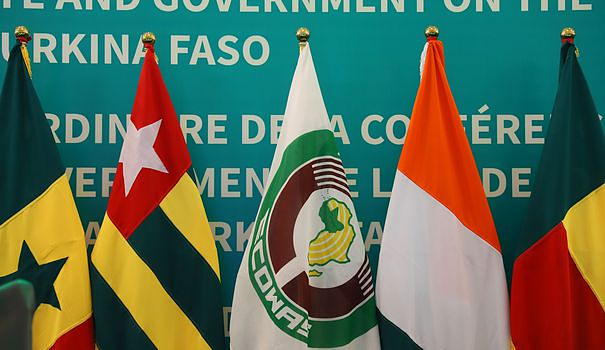 The heads of the member states of the Economic Community of West African States (ECOWAS) or their representatives meeting at the summit also demanded that the junta in power in Mali release before January 1 46 Ivorian soldiers prisoners since July, a told journalists Omar Touray, president of the ECOWAS commission.

Otherwise, ECOWAS will take sanctions, a West African diplomat told an AFP correspondent on condition of anonymity, while this case is a source of serious tension between Mali and the Ivory Coast. both members of ECOWAS.

Togolese President Faure Gnassingbé, who is playing the good offices in this crisis, will travel to Mali to "demand" the release of the soldiers, the diplomat added.

"The leaders of ECOWAS have decided to recalibrate our security architecture," said Mr. Touray. It is about taking charge of their "own security" and no longer relying on outside actors, he explained.

They are "determined to establish a regional force which will intervene when necessary, whether it concerns security, terrorism or restoring constitutional order in member states", he declared.

Several countries in the region are in the grip of the jihadist spread which, starting from northern Mali, has reached the center of this country, but also Burkina Faso and Niger, and is spreading towards the south and the Gulf of Guinea. The national armies are largely powerless and cooperate with external actors, the UN, France or even Russia.

Insecurity is a primary factor in the military coups that have rocked the region since 2020, in Mali, Burkina and, for other reasons, in Guinea.

Military officials from the region will meet in the second half of January to discuss modalities for establishing the regional force, Touray said.

West African leaders have decided for funding not to rely solely on voluntary contributions which have already shown their limits, he said without further details.

They also looked at the political situation in Mali, Burkina Faso and Guinea.

ECOWAS, worried about instability and contagion, has been pushing for months for a return as quickly as possible of civilians at the head of these countries, two of which, Mali and Burkina, are seriously shaken by the spread of jihadism. Mali and Burkina have been the scene of two putschs in the space of less than a year.

The three countries are suspended from the decision-making bodies of ECOWAS.

The soldiers undertook under pressure to give way after two years and a so-called transition period during which they all say they want to "refound" their state.

The West African leaders examined the actions taken by each other on the road to what they call a "return to constitutional order".

In Mali, "it is absolutely necessary that the constitutional order returns within the planned time", said Mr. Touray. If the Malian military respects the announced deadline of March 2024 after months of political confrontation with ECOWAS and a severe commercial and financial embargo now lifted, the "transition" will in fact have lasted three and a half years.

In Guinea, Mr. Touray urged the junta to involve "immediately" and "without exception" political parties and civil society in the process of bringing civilians back to power.

The main parties and much of civil society are boycotting the junta's offer of dialogue. If this dialogue is not possible in Guinea itself, the junta must examine the possibility of it taking place in another ECOWAS country, said Mr. Touray.

As for Burkina, Mr. Touray expressed "the serious concerns" of ECOWAS in the face of security developments and the humanitarian crisis. He affirmed the will of ECOWAS to support Burkina.