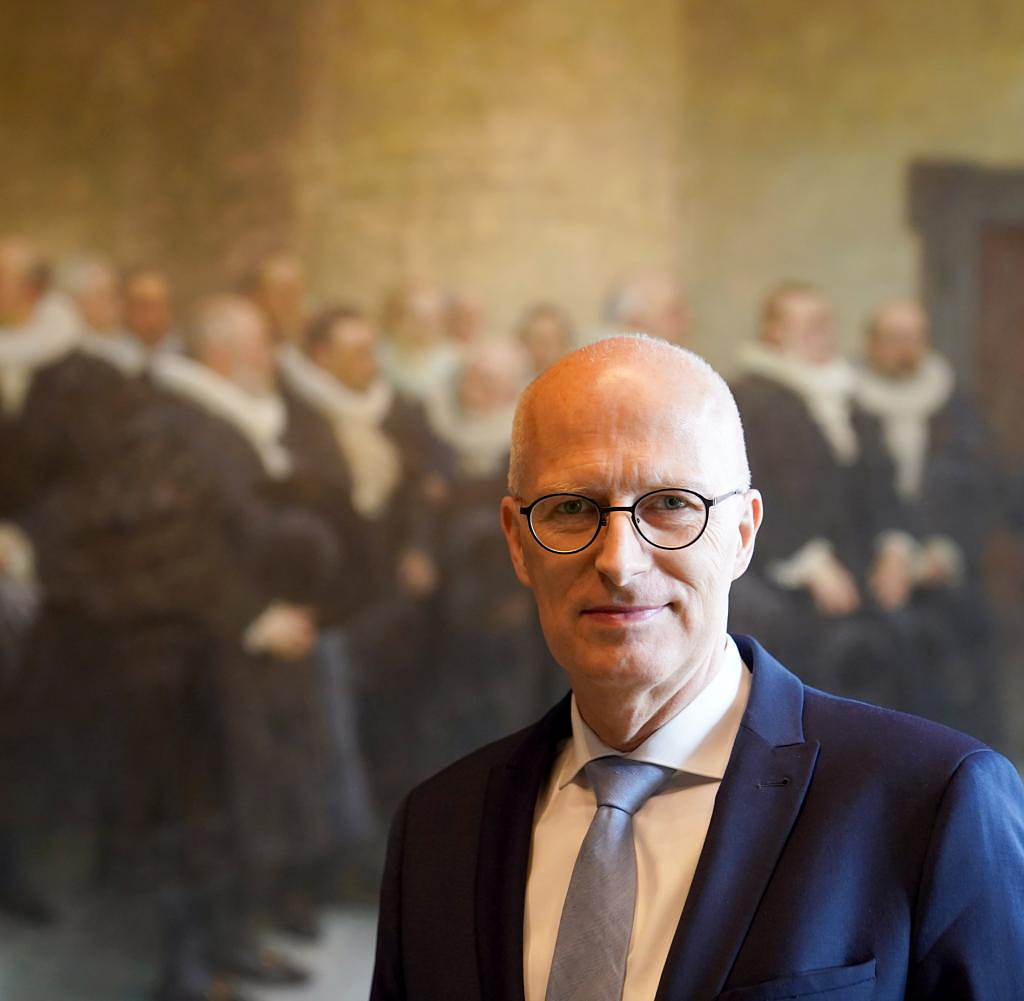 Westhagemann, President of the Economic Authority since 2018, is said to have informed Mayor Peter Tschentscher (SPD) in the summer that he wanted to give up the post. About a year ago, the 65-year-old had been diagnosed with cancer, as he told the Hamburger Abendblatt on Monday. The tumor on the vocal cords had to be irradiated 23 times, Westhagemann told the newspaper. That got him thinking and made him want to step down. After the budget deliberations in mid-December, he will resign - in the quieter Christmas period he will consider how things should continue for him in the new year.

Most recently, Westhagemann had caused displeasure in the Senate several times with contrary positions, for example on the continued operation of the Moorburg power plant or on an LNG terminal and on sediment management in the port of Hamburg.

According to reports from "BILD-Zeitung" and "NDR 90.3", Social Senator and SPD state chairwoman Melanie Leonhard is to follow Westhagemann. State Councilor for Health Melanie Schlotzhauer (SPD) is to take over their position.

Urban development senator Stapelfeldt has also been criticized - among other things, because she has long been considered tired of office and, from the point of view of her critics, this cannot be reconciled with the challenging tasks in residential construction. The 66-year-old is to be replaced by the managing director of the urban development company IBA, Karen Pein (SPD).

On Monday afternoon, Mayor Tschentscher will present the personnel proposals at the meetings of the government factions. The official announcement of the Senate reshuffle is expected in the evening.

The CDU, the largest opposition faction, expressed skepticism about the castling. The red-green Senate has been in troubled waters for a long time, disputes between the SPD and the Greens and weak Senate members have repeatedly made for bad headlines, said parliamentary group leader Dennis Thering on Monday. It had recently been very clear that Economics Senator Westhagemann was "a senator on call". The former Siemens manager failed due to the resistance of the SPD and the Greens, "one was only surprised how long the change of office lasted," said Thering, who only sees a B solution in Melanie Leonhard.

Because the historian and political scientist, who has a doctorate, is considered an assertive senator and a well-connected politician, but former managers have always been appointed economic senators in Hamburg since the SPD took power in 2011. "Apparently Mayor Tschentscher has not found a successor in the economy. That's no surprise either, who would want to join forces with the anti-business policies of the SPD and the Greens?” said Thering.

Anna von Treuenfels-Frowein, member of parliament for the FDP, wished the new senators-designate “a happy hand and stamina”. There are big challenges they face.

Of course, he also wishes the new senators every success, said CDU politician Thering. "But the red-green Senate will not be able to make a necessary new start with this castling." Mayor Tschentscher would have had the chance to replace "the problem senators" Andy Grote (SPD/Internal Affairs) and Anna Gallina (Greens/Justice). Thering: "I can't understand at all why he didn't take it. Apparently he didn't have the strength to do it. So it's just 'keep it up' and that's not enough for Hamburg."

The former Hamburg Senator for the Interior and current faction leader Dirk Nockemann sees it similarly. He regretted Westhagemann's departure in a message. The Senate is thus losing economic competence. A gap that Leonhard will not be able to fill. Nockemann described the replacement of Stapelfeldt as a "win". In the end, she had only "poorly managed" her office.

Like Thering, Nockemann also criticizes that “two crucial weaknesses remain in the Senate”. Tschentscher should have "put the chair in front of the door" for both Interior Senator Grote and Justice Senator Gallina. Both have generated more negative headlines this legislature than the outgoing senators have in their entire political careers.”

Among other things, Grote caused a stir with a “prohibited private meeting” during the corona pandemic. He was invited to a standing reception on the occasion of his re-election as a senator, thereby violating the corona rules in force in summer 2020. He had to pay a fine of 1000 euros at the time.

The Hanseatic city is currently dealing with an affair about VIP tickets for FC St. Pauli, from which Grote - at that time still district office manager in Hamburg's Mitte district - had also accepted some. Because despite an initial suspicion of taking advantage, no house search was carried out at Grote, disciplinary proceedings are currently underway against the Hamburg Attorney General.

Justice Senator Gallina has been in the crossfire of criticism since taking office. She is not a lawyer herself and therefore has a difficult position within the judiciary. Again and again there is hostility from the departments under her control. There was a lot of excitement about the dismissal of your state councilor. In addition, her former partner and former Green Party politician Michael Osterburg was accused of commercial infidelity in October. The deeds are said to have happened during the period when Gallina was in a relationship with him. She denies knowing anything.

Even the left does not see the necessary change for the city in the reorganization of the Senate. "If Mayor Tschentscher really wants to draw the line effectively, new heads alone are not enough," said Sabine Boeddinghaus and Cansu Özdemir, the two chairmen of the Left Group in the Hamburg Parliament, in a statement on Monday.

More and more people are afraid of losing their homes or are already homeless. “Far too many Hamburgers no longer know how to pay their bills. The SPD and the Greens must finally take countermeasures.” In addition, the way the Elbe deepening has been dealt with so far shows that the SPD in particular continues to believe that nature will submit to the economy. "It's not enough to fix a few weak points in the Senate: Hamburg needs a change in policy for a sustainable and social city that people can afford again," Boeddinghaus and Özdemir continued.

So far, however, there has been no criticism of the two successors to the post, Karen Pein and Melanie Schlotzhauer. The latter is considered to be well connected both in the party and in the area of ​​social affairs. The now 51-year-old once acted as district chairman of the SPD in Altona and also sat in the Altona district assembly. Professionally, the graduate administrator, economist and political scientist worked at the employment agency, at the vocational training center and advised various companies on projects.

Ten years ago, Schlotzhauer also completed a part-time course in social and health management at the University of Applied Sciences in Hamburg. Since June 2020, she has been responsible for health as a state councilor at the social authority.

Until now, Schlotzhauer has been one of those political officials who answer questions to the point instead of beating around the bush. For example, she recently presented the activities and initiatives from the point of view of the health authorities at the symposium of the top sports clubs on the topic "Health through Sport". Schlotzhauer emphasized that the pandemic had increased addictions and lack of exercise, especially among children and young people. Social and health inequalities have also increased.

That is why people with a low social status in particular should be addressed more specifically in order to achieve better health through sport, according to the social democrat. Incidentally, the TopSportVereine are an association of 28 major sports clubs in the Hamburg metropolitan region, representing 176,000 sports enthusiasts.

Karen Pein has been with the IBA in Hamburg since 2006. The IBA was founded to carry out the International Building Exhibition in Hamburg. By 2013, 70 projects had been created in Wilhelmsburg, the largest inhabited river island in Europe, on the Veddel and in the Harburg inland port. Since the end of the building exhibition, the IBA has acted as a project developer for other major urban planning projects of the Senate. In 2015, Pein took over the management. The large-scale project "Oberbillwerder", in which a completely new district is to be created in the Hanseatic city, is an example of this.