Ecologists in Action have written a letter to the Ministry for the Ecological Transition, (Miteco), to request that the Ministry for the Ecological Transition initiate the procedures to declare Palomares in Almeria radiologically contaminated soil/land and proceed to its cleaning, as per the amendment to the Law of Nuclear Energy by an additional provision in the decree of emergency measures for the war in Ukraine. 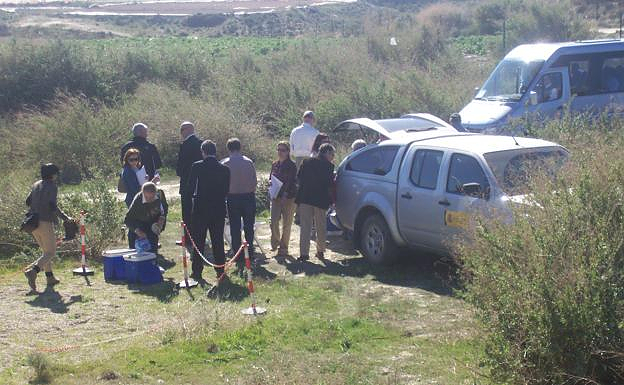 Ecologists in Action have written a letter to the Ministry for the Ecological Transition, (Miteco), to request that the Ministry for the Ecological Transition initiate the procedures to declare Palomares in Almeria radiologically contaminated soil/land and proceed to its cleaning, as per the amendment to the Law of Nuclear Energy by an additional provision in the decree of emergency measures for the war in Ukraine.

According to the brief, the Supreme Court will not rule on the "urgent necessity" to decontaminate 40 hectares of plutonium-americium soil. The Supreme Court "attributes" this power to Miteco. To avoid "more time", he requests a report from Nuclear Safety Council under the new article 9 ter in the Nuclear Energy Law.

Ecologists in Action noted that the modification was made to allow them to "lose" their appeal before the Supreme Court. They also indicated that they must request the Ciemat, the current owner of Palomares land with restricted use, to issue a status update on each soil or land, and send it to the CSN.

Section 2 of the same article states that the CIEMAT must inform the ministry about any potential radiological contamination of soil and/or land. The latter must then send the information to CSN.

Europa Press reviewed the letter and found that Ciemat had "fully developed" the Palomares rehabilitation plan. The preliminary approval of the CSN was given by the CSN on May 5, 2010. It is appropriate for the Miteco to request that the CSN issue a report to label the Palomares as radiologically contaminated land, land, or land with restrictions.

The same declaration also states that the "must determine whether it is necessary to take actions to restore it, establish the terms, conditions, and deadlines for such, and proceed to temporarily store radioactive waste while it waits to locate a permanent warehouse that doesn't necessarily need to be in the United States."

Ecologists in Action also brought new actions to the CSN in April. They warned the Supreme Court weeks before of a "maneuver” by the Government in which it "transfers" the power of cleaning soil contaminated by radioactivity in Palomares, to the Miteco. It was clear that this would lead "to the delay of many decades in the rehabilitation"

Jose Ignacio Dominguez (the group's lawyer) stated that it was a masterstroke by the defendants to win the lawsuit. "It is a masterful move by which they intend to lose the case since we presented the suit against an entity, The CSN which would no longer be able to have powers." Europa Press reported at the time.

Ecologists considers this change "may directly affect" the resolution to be adopted regarding the contentious-administrative appeal and asks the court to take into account that the Ministry has not participated "absolutely in anything" related to Palomares and is "unrelated" to the accident that caused the contamination and that, on the other hand, Ciemat and CSN "have everything ready to start cleaning up immediately".

In fact, the State Attorney's Office admitted in a letter to the Supreme Court that the royal decree of emergency measures in the face of war in Ukraine makes it "unnecessary to rule" on the appeal because it "undoubtedly clarifies that it is the Government through the Ministry of Ecological Transition that has the competence."

‹ ›
Keywords:
EcologistasPideGobiernoIniciarTramiteDeclararPalomaresSueloContaminadoRadiologicamenteLimpiarlo
Your comment has been forwarded to the administrator for approval.×
Warning! Will constitute a criminal offense, illegal, threatening, offensive, insulting and swearing, derogatory, defamatory, vulgar, pornographic, indecent, personality rights, damaging or similar nature in the nature of all kinds of financial content, legal, criminal and administrative responsibility for the content of the sender member / members are belong.
Related News