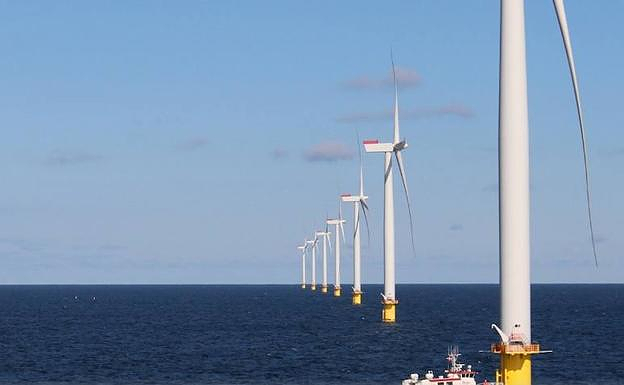 Almeriense Ecological Coordinator DUNA has reacted strongly to the 'Mar de Agata offshore wind farm project. This is because it would have a significant impact on the landscape and marine environment, as well as birds. The group also reported that the project does not fulfill the fundamental criteria for a democratic and fair ecological transition.

It is also a potential threat to birds and the marine environment. Noise emissions from both the assembly and the exploitation and destruction phases could be harmful to fish and other mammals. marine. The group claims that floating artifacts will attach to the seabed using anchors. A network of buried, suspended cables that runs through the sea will also be installed. They claim that wind farms can cause bird mortality because of their impact on wind turbines. There are numerous studies that have highlighted the "barrier effect" of offshore wind farms. This park, along with the Strait of Gibraltar would also be located in an area that allows for north-south migrations. This would negatively impact the effects of migration on animals.

According to the 'Mar de Agata" offshore wind farm project, it will create 3,750 jobs directly and 3,750 indirect jobs during construction and dismantling phases. 120 jobs annually would be created in the operation and maintenance phases, 60 of which would be direct. The group says that it does not meet the criteria for a sustainable ecological transition. Because of the complexity of wind turbines, only specialized companies can be involved. This will result in thousands of new jobs, but less for the local population.

The project states that it is an "unique opportunity for Almeria", but the Ecological Coordinator points out that although "it's not the best path to decarbonization via renewable energies, it is still a viable option." They also stress that the "horizonteering" approach is not the best and that we must preserve the nature and biodiversity of Cabo de Gata-Nijar.

‹ ›
Keywords:
EcologistasParqueEolicoMarinoAgata
Your comment has been forwarded to the administrator for approval.×
Warning! Will constitute a criminal offense, illegal, threatening, offensive, insulting and swearing, derogatory, defamatory, vulgar, pornographic, indecent, personality rights, damaging or similar nature in the nature of all kinds of financial content, legal, criminal and administrative responsibility for the content of the sender member / members are belong.
Related News