"Eavesdropping" cases: Nicolas Sarkozy back at the helm

At first instance, following an electrical trial where he had denounced "infamy", the former president, 67, was sentenced on March 1, 2021 to three years' imprisonment, including one year, becoming thus the first Head of State of the Fifth Republic sentenced to prison. 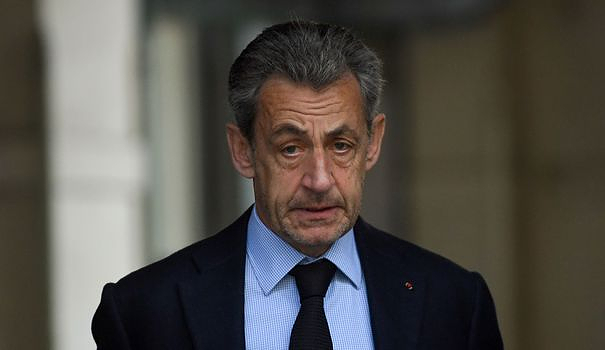 At first instance, following an electrical trial where he had denounced "infamy", the former president, 67, was sentenced on March 1, 2021 to three years' imprisonment, including one year, becoming thus the first Head of State of the Fifth Republic sentenced to prison.

The same sentence was pronounced against his two co-defendants, accompanied for Me Herzog, 67, with a ban on practicing for five years.

All three have appealed, which suspends these sanctions.

This winding file has its origins in the telephone interceptions of conversations between Mr. Sarkozy and Mr. Herzog in early 2014.

At the time, the two phones of the ex-right-wing strongman were "connected" by the judges in charge of the investigation into suspicions of Libyan financing of his 2007 campaign, which today earned him a quadruple indictment.

The investigators then discovered the existence of a third line put into service on January 11, 2014 under the alias "Paul Bismuth" - named after a high school acquaintance of Me Herzog - and dedicated to exchanges between the ex-president and his lawyer and friend.

In the course of conversations that they think are safe from indiscreet ears, according to the prosecution, a pact of corruption takes shape with Gilbert Azibert, general counsel at the Court of Cassation, who would have used his influence against the promise of intervention for his career.

This 75-year-old senior magistrate, now retired, is accused of having worked behind the scenes to influence a decision that was of great interest to the former head of state.

At the time, the Court of Cassation was seized of an appeal by Nicolas Sarkozy, who wanted to have the seizure of his presidential diaries canceled as part of the investigation for abuse of weakness on the heiress of L'Oréal Liliane Bettencourt .

Mr. Azibert is suspected of having had knowledge, upstream, of confidential information and attempted to influence advisers participating in the deliberations. In exchange, according to the prosecution, for a "boost" for a prestigious position in Monaco.

Finally, Mr. Azibert will not win the coveted post and the Court of Cassation will reject Nicolas Sarkozy's appeal. Whether he intervened with the Monegasque authorities remains debated.

According to the defense, this is proof that these accusations are "fantasy".

On the contrary, the criminal court considered that the pact of corruption emerged from a "beam of serious, precise and concordant indications". According to the law, it is not necessary that the consideration has been obtained, nor that the influence be real to characterize the offenses of corruption and influence peddling.

After his conviction, the ex-president said he was the victim of a "deep injustice" and the right shouted haro at the National Financial Prosecutor's Office (PNF), which had entrusted the investigation to two investigating judges in early 2014 and whose impartiality had been called into question by the defense during the trial.

The debates before the Court of Appeal, scheduled until December 16, promise to be less stormy but at least one gray area will remain.

At the end of February 2014, a change in tone in the exchanges between Mr. Sarkozy and his lawyer had convinced the investigators that they knew they were being tapped – which they dispute.

A separate investigation, opened by the PNF, did not identify a possible "mole" who would have informed them.

But it caused its own earthquake - the affair of the "fadettes" - one of the replicas of which is the dismissal for trial of the current Keeper of the Seals Eric Dupond-Moretti, prosecuted for having launched disciplinary proceedings against three financial magistrates.

At the end of the appeal trial of the "wiretapping", the decision will be put under deliberation for several weeks.

Another meeting awaits Nicolas Sarkozy, within the same walls, in November and December 2023: the appeal trial of the Bygmalion case, in which he was sentenced in September 2021 to one year in prison.