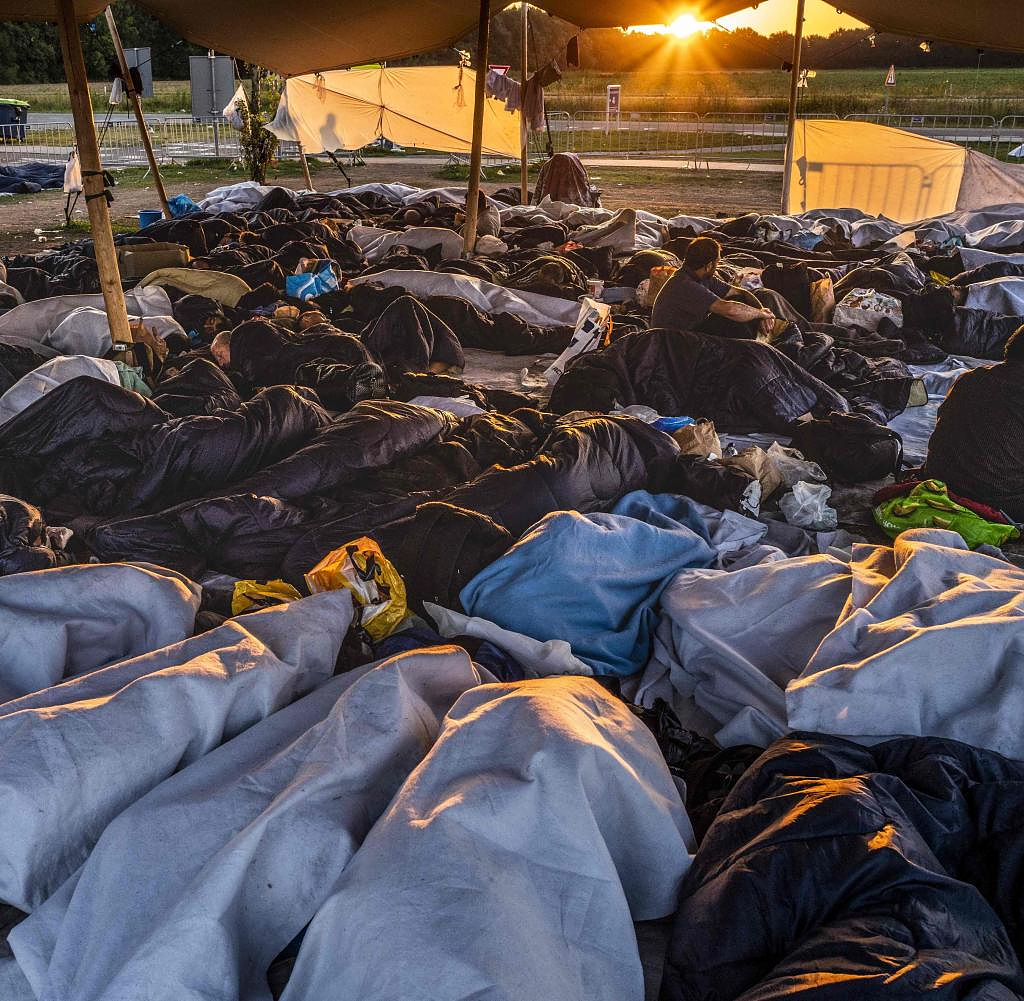 The Netherlands Red Cross has criticized inadequate hygiene facilities around the overcrowded national asylum center in Ter Apel. "We are seriously concerned," Red Cross spokeswoman Nicole van Batenburg told the news platform NU.nl on Thursday. "This can trigger infectious diseases, and we have had several health problems reported to us."

Hundreds of asylum seekers have been sleeping outdoors in the vicinity of the facility near the border with Lower Saxony for weeks because there are not enough beds in the center. Most recently, there were around 700 people per night, the ANP news agency reported. There are far too few toilets for them, and they are often completely filthy, and there is a lack of toilet paper, soap and menstrual items, the Dutch refugee agency complained.

Last week, the organization sued the Dutch state for the dramatically poor accommodation of asylum seekers. As a result of government austerity measures, thousands of asylum seekers have had to live in tents or sports halls under "inhumane circumstances" for almost a year, it said. The refugee agency wants to ensure that minimum legal requirements are met. This included privacy, health care, a bed, decent food, clean showers and toilets, and weather protection.

The state secretary for asylum issues, Eric van den Burg, has also criticized the conditions in Ter Apel and described them as "untenable". So that the situation there can relax, he now wants to force other municipalities to accept asylum seekers.

The asylum center in Ter Apel is the main contact point for asylum seekers in the Netherlands. According to official information, the majority of migrants who want to apply for asylum have to register there at the registration center; after that, they should actually be accommodated in the adjacent central reception station.

Cause of the crisis is not a large influx of asylum seekers and migrants. This is stable at around 43,000 people per year. But after austerity measures at the immigration authorities and the closure of asylum centers, there are now no places and waiting times are increasing, said Frank Candel, chairman of the refugee agency.

‹ ›
Keywords:
NewsteamAsylsuchendeNiederlandeMigrationRote KreuzAsylfragenDarmstadtAsylzentrumTer ApelTorsten LieberknechtNicole Van Batenburg
Your comment has been forwarded to the administrator for approval.×
Warning! Will constitute a criminal offense, illegal, threatening, offensive, insulting and swearing, derogatory, defamatory, vulgar, pornographic, indecent, personality rights, damaging or similar nature in the nature of all kinds of financial content, legal, criminal and administrative responsibility for the content of the sender member / members are belong.
Related News