Due to covid, the Christmas Lottery draw was not open to the public.

The Christmas Lottery 2020 draw will differ from previous years. 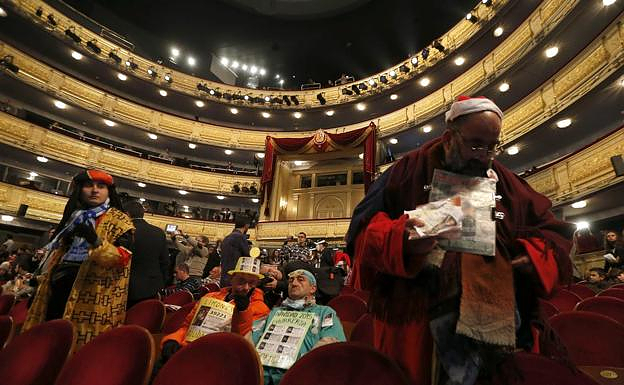 The Christmas Lottery 2020 draw will differ from previous years. It will play a leading role at Teatro Real Madrid on December 22, as it won't be able count on an audience.

Because of the restrictions in place to combat the pandemic, the draw will not be live followed by hundreds of citizens. Instead, they will enjoy the day as if it were a family tradition with costumes, tenths and family.

The Christmas Lottery is enriched by a public that brings warmth and color to it. This year, however, will be more cold than previous years. Loterias y Apuestas del Estado reported this and confirmed that media presence will be cut by half due to security recommendations.

These guidelines will prevent the public from seeing another traditional image of the 2020 Christmas Lottery draw. Interviews with children singing the numbers will not be possible for the media. We will also not have access to the feelings of the children and the opinions of the girls at the San Ildefonso Residency of the Madrid City Council.

The media must also remain in the same position they are currently in. Journalists who approach the edge of the draw-stage will not be allowed due to security precautions.

‹ ›
Keywords:
SorteoLoteriaNavidadPúblicoCOVID
Your comment has been forwarded to the administrator for approval.×
Warning! Will constitute a criminal offense, illegal, threatening, offensive, insulting and swearing, derogatory, defamatory, vulgar, pornographic, indecent, personality rights, damaging or similar nature in the nature of all kinds of financial content, legal, criminal and administrative responsibility for the content of the sender member / members are belong.
Related News