"I welcome the EU's swift action, following my call on Monday, to impose sanctions on Iran for helping Russia kill Ukrainians and damage our energy infrastructure," said Twitter the head of Ukrainian diplomacy, Dmytro Kouleba. 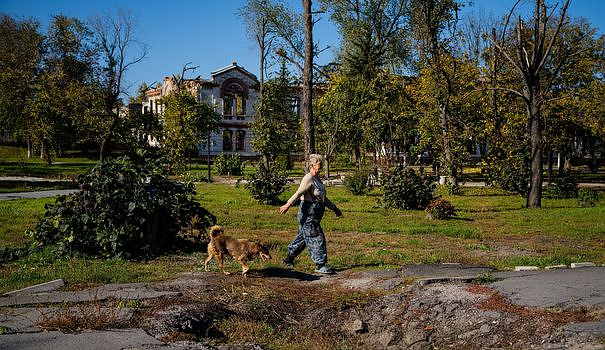 "I welcome the EU's swift action, following my call on Monday, to impose sanctions on Iran for helping Russia kill Ukrainians and damage our energy infrastructure," said Twitter the head of Ukrainian diplomacy, Dmytro Kouleba.

"Everything that is currently being done is subordinated to a single objective: (to put) pressure on this country. And Washington is mobilizing for this the countries of NATO and the EU to support its position, it is obvious", castigated the spokesperson for the Russian Foreign Ministry, Maria Zakharova, during a press conference.

She called "unfounded conclusions" and "outlandish assumptions that the UK and France are trying to construct" accusations that Russia is using Iranian drones for its offensive in Ukraine.

Mr. Zelensky said on Wednesday that his army had destroyed 233 of these drones in a month.

Iran on Thursday denied reports from the Washington Post that the Islamic Republic was planning to send missiles to Russia for use in its war against Ukraine.

"During a telephone conversation with [the head of European diplomacy] Josep Borrell, I reminded him that our policy (...) is to oppose the war and its escalation in Ukraine", assured the minister. Iranian. "The allegation that we send Iranian missiles to Russia to use against Ukraine is baseless."

After several Russian strikes in recent days which have severely damaged Ukraine's energy infrastructure, in particular with the use of drones, Ukraine on Thursday limited the electricity consumption of its population and businesses, particularly in kyiv, winter is approaching.

In the Ukrainian capital, Mayor Vitali Klitschko has urged businesses, shops, cafes and restaurants to “save as much as possible” of their electricity consumption on lighting and illuminated advertising.

"Even small savings within each household will help stabilize the country's energy system," he added on social media.

In several other regions, local authorities have also called on residents to drastically reduce their electricity consumption, as Russia destroyed 30% of Ukrainian power plants in a week, according to figures provided by President Volodymyr Zelensky on Tuesday.

Restrictions have been taken in particular in the regions of Lviv and Chernivtsi by the electricity distribution companies, without however applying "to the essential infrastructures of the region", indicated in a press release the company Chernivtsioblenergo.

"Electric transport, heating systems, hospitals and bakeries in particular will continue to operate without restrictions," the company said.

In Kharkiv, in the northeast, a large city hit repeatedly by the Russian army since the end of February, the establishment in charge of the metro has announced that it will reduce the frequency of trains to save electricity.

“We expect Russian terror to be directed against energy installations until, with the help of our partners, we are able to destroy 100% of missiles and drones,” warned Wednesday evening. President Volodymyr Zelensky.

In southern Ukraine, the Russian administration of the Kherson region assured Wednesday that the evacuations of civilians had begun. It plans to move "50,000 to 60,000" in a few days to the other bank of the Dnieper.

The city of Kherson, occupied since the spring, will be evacuated in the face of the advance of Ukrainian troops, said the head of the pro-Russian municipal authorities Vladimir Saldo, promising that the Russian soldiers would resist "until death".

General Sergey Surovikin, recently appointed head of Russian operations in Ukraine, admitted on Tuesday that the situation there was "very difficult".

President Zelensky warned the inhabitants of the annexed regions against a campaign of forced recruitment by the Russian army. 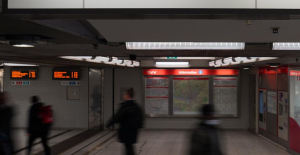 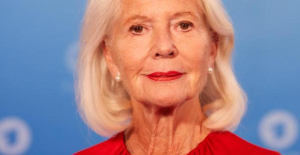 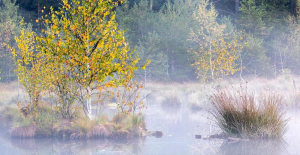