Driver killed after refusing to comply in Paris: a family "in shock", a police officer "collapsed"

Since the beginning of the year, twelve people have died after police fire, as part of a refusal to comply. 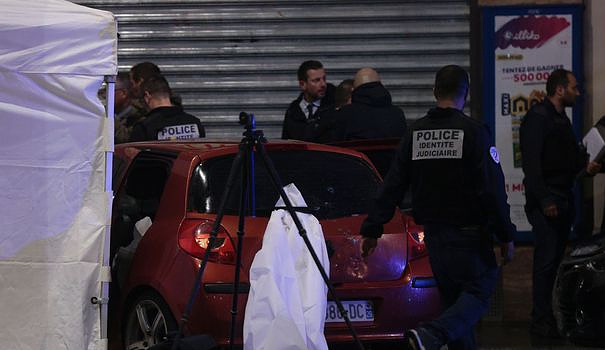 Since the beginning of the year, twelve people have died after police fire, as part of a refusal to comply.

"We have the feeling that we took his life, he was only 32, he had just gotten married. We want to do him justice, that he didn't leave for nothing and that it doesn't start again" , testifies to AFP Wafa, a 32-year-old social worker and cousin of the widow, who wishes to remain anonymous.

"Amine's goal, someone caring, a hard worker, was to offer a serene future to his wife and to himself", continues the one who presents herself as a "spokesperson" for relatives. .

According to her, on October 14, it is "impossible" that her Algerian cousin, "graduate in civil engineering", who arrived in France in 2019, without a criminal record, endangered the lives of the police.

"The profile of Amine, such a respectful person, does not fit with what may have happened. It's very, very complicated in terms of mourning", she repeats, very moved.

That Friday evening, three police officers from the 12th arrondissement were patrolling in a screen-printed car. Around 7:00 p.m., seeing a Clio turn suddenly on one side when it had put its indicator on the other, they check the license plate in the files which reveal an insurance defect.

They decide to control it, put on the flashing light then the siren, but the car does not stop, until it finds itself stuck in traffic on a back alley of the Cours de Vincennes.

The two police passengers get out of their car, position themselves around the Clio, and take aim at the driver. In the meantime, the passenger in Amine's car fled on foot, according to elements of the investigation consulted by AFP.

The driver would then have restarted, said the two police officers before the General Police Inspectorate (IGPN). Neither of them was able to estimate the speed of the car when they fired.

The shooter of the fatal bullet, Lucas F., 25, was a trainee peacekeeper, on the job for three months.

"I was sure that the vehicle was going to hit (my colleague, editor's note) Alexandre. So I fired twice," he said, "collapsed". He did not feel in danger during this scene, where "it went too fast".

The bullets hit the vehicle in the back, notes the IGPN. One of them hit Amine in the back, according to a source familiar with the matter.

Lucas F. was indicted for intentional violence resulting in death without intention to give it and placed under judicial supervision with a ban on possessing a weapon and exercising as a peacekeeper. His lawyer declined to comment.

His 31-year-old colleague, practicing since 2017, assured "having seen himself die". He was not indicted.

"I shoot in the left front wheel because for me, it was out of the question to shoot a man," said Alexandre, who was not injured. "I thought there was another way to stop him than to put a bullet in his head."

Since 2017, a new law determines the conditions for opening fire for police officers: they can shoot in the event of refusal to comply if they cannot stop the car otherwise and if, in his flight, the driver is likely to put endanger their life or integrity or that of others. The new doctrine still imposes the principles of "absolute necessity" and "strict proportionality" related to self-defense.

"The risk for drivers who refuse to comply must be the sanction of justice and not die under the bullets of the police", recalls the lawyer for Amine's relatives, Ian Knafou, who also wonders about police training.

Since leaving school in July, Lucas F. had done a shooting session. Today the police must carry out three sessions a year, a training considered insufficient for many.