Breaking News
How far can you get in Bangkok with 50 euros?
Featured Karriere• Bestechung• funciones• pensar• Joseph Schumpeter•

When Gerhard Waldherr is asked about a football World Cup, he can hardly be stopped, he has so many anecdotes to tell. 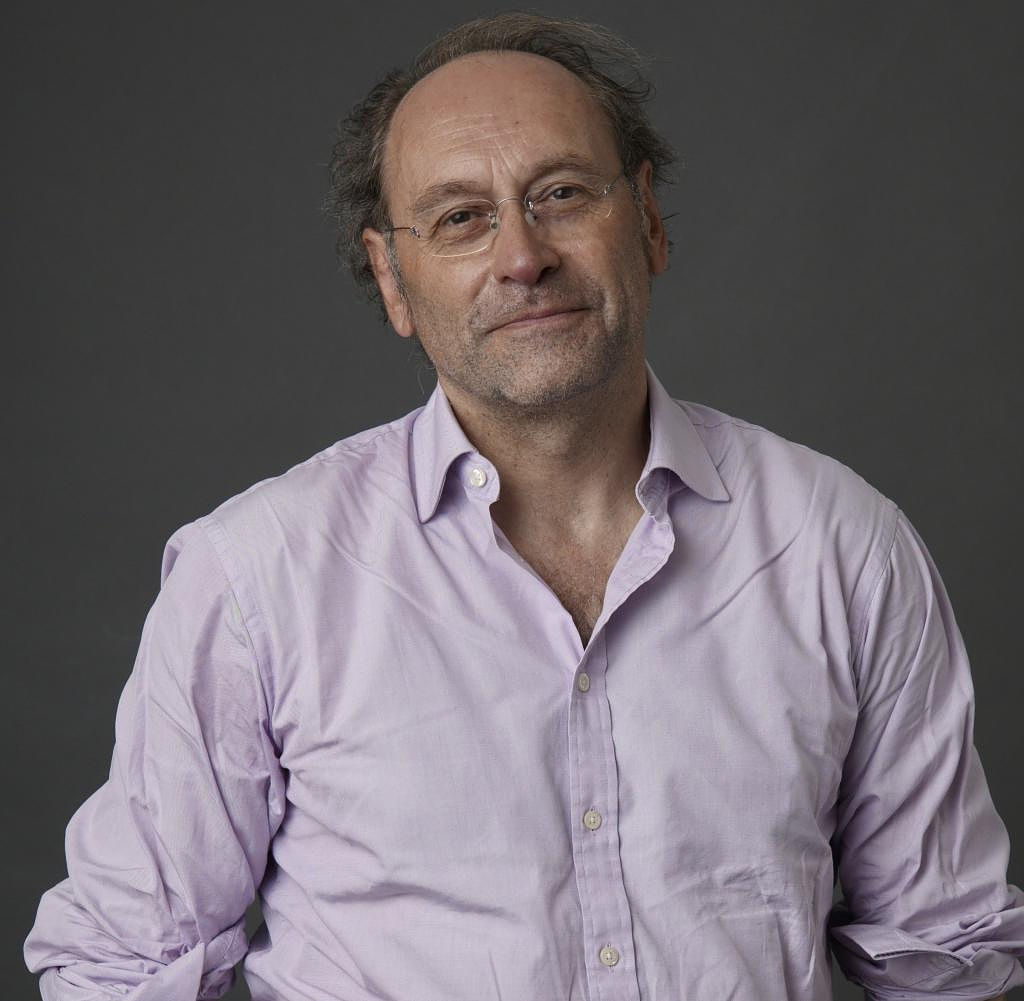 When Gerhard Waldherr is asked about a football World Cup, he can hardly be stopped, he has so many anecdotes to tell. The 62-year-old has long since reoriented himself professionally. While sport was his elixir of life during his time as a reporter for "SZ" and Stern in the 1980s and 90s, he has come to love it over the years as a freelance correspondent in the USA, chief reporter for the business magazine "brand eins" and author increasingly alienated in the field of corporate publishing.

He only made an exception for the World Cup. Waldherr acts as publisher of the book "The World Cup and I". In it, 38 renowned sports reporters talk about their World Cup experiences and take a look at the controversial host city of Qatar.

WORLD: Mr. Waldherr, what is your relationship to the major event of the World Cup?

Gerhard Waldherr: World Championships have always been milestones in my life, to a certain extent snapshots of growing up and getting older every four years. I can tell from these tournaments which professional station I was in, which private situation I was in. In most cases, I still remember when I saw which game with whom and where.

Waldherr: The game of the century in 1970. We watched my grandparents' house with the whole family. After the game there was an argument because my grandfather said the shouting was too loud. He was upset because we jumped on the upholstered furniture. The next day my father went to Bad Tölz and bought a TV from Elektro Müller. The first time I watched TV in my parents' living room was at a football game. Third place match, Germany vs Uruguay. I have at least one, if not several, stories like this for every World Cup. I can't remember what I did on my 38th birthday or my 11th wedding anniversary. But I know exactly the context in which I saw World Cup games.

WORLD: As a reporter, were you allowed to report on a tournament?

Waldherr: I came to the Süddeutsche Zeitung in 1986 from a local newspaper in Upper Bavaria. Although I initially had a difficult standing, I was allowed to go to the 1988 European Championships. But after that they sent me to play tennis. There were Boris Becker and Steffi Graf, tennis was booming. Business trips to Wimbledon, Melbourne or the Davis Cup in Argentina – that felt a lot sexier to me. I have never regretted that. So it was never my number one goal to be at a World Cup. In retrospect, I would have liked to have done one.

WORLD: Now you were able to delve deep into the history of the tournament for your book and, with the numerous well-known authors, provide a comprehensive insight from 1954 to the present day. Were there any stories that surprised you?

Waldherr: Surprisingly, yes. My wife comes from the East and I have heard many stories from her and my mother-in-law about life in the GDR. What I didn't know was that in the 1974 World Cup game between Germany and East Germany, half of the football fans in the East were on the side of the DFB team. But you couldn't say that publicly. That was new to me. And that's what Jörg Oppermann (former managing editor at Sport Bild, ed.) writes about.

WORLD: Your time as a sports reporter was a long time ago, you are now working as an author in the field of corporate publishing. Are you still in contact with old colleagues?

Waldherr: I have always kept in touch with a third of the colleagues who write in the book, in particular with former Stern colleagues or Hans Eiberle (former editor of the “Süddeutsche Zeitung”, ed.), who is in the editorial office next to sat me I often went on business trips with Karlheinz Wild (chief reporter at Kicker, ed.) to see Bundesliga games. I knew most of the others simply as readers. I mean Oskar Beck (freelance author and columnist for WELT, ed.), who doesn't know him? Of course, that also applies to an author like Ronald Reng (former freelance football correspondent, author, ed.). When Ronnie started working as a freelancer for the Süddeutsche Zeitung, I occasionally edited his texts.

WORLD: How do you see the development of your former profession?

Waldherr: Everything has changed. When I started there was a handful of print media that covered the big events. Their reporters were the monopolists of the news. That changed fundamentally with private television, more and more was sent faster. This trend kept getting worse and worse until the internet came along. In the meantime, the football reporter is no longer a monopolist, but rather a spectator of a message that has long since been sent. The stories in the book make that clear. The closer they get to the present, the further they drift away from the characters and go to the fringes. It's about a visit to an Argentinian intellectual in a Moscow apartment or a three-day odyssey between two World Cup games because flights to Brazil were canceled due to rain and flooding. Stories like this also belong to world championships. But it's no longer a drinking contest with Hennes Weisweiler, which could happen in the past.

WORLD: The stories about Qatar will revolve around human rights violations, corruption and gay rights. Why did you choose the most controversial of all World Cup tournaments as the framework for your book?

Waldherr: Qatar doesn't just fall from the sky. The venue has been known since 2010. And: Qatar is rightly criticized, but it is far too easy to reduce everything to corruption and human rights violations and to speak of a World Cup of shame. You also have to show the development that led to Qatar. You need a picture of what football was like and how it developed to understand what has become of it. And that's exactly what we're doing with the book.

WORLD: With what feelings do you personally look at the upcoming World Cup?

Waldherr: At the moment with mixed feelings. Football has often crossed the Rubicon. Brazil 2014 was already controversial - billions for football stadiums while the country is mired in social problems. Russia 2018 was an extremely difficult tournament for me. But my son was ten at the time and I went to a bar with his buddies and we watched football. My son isn't particularly interested in football anymore, so that's gone. But I ask myself: What is Qatar doing with my World Cup history? Will the passion survive in 2022?

WORLD: Have you already found an answer to these questions?

Waldherr: First of all, I'll watch the games. I associate too many private experiences, contacts and encounters and unforgettable football moments with the World Cup. For me, Worlds is the only event that levels everything. It brings people together across the world, regardless of race, religion, age, income, education or social status. And unlike in the Champions League, there are still real duels between Europeans and Africans or South Americans and Asians. If you follow the games on TV, you can largely ignore the venue and the conditions in this country, be it political, social or in terms of human rights.

WORLD: Also as a reporter on site?

Waldherr: As a reporter, you are obliged not only to report on the 1-0 and the votes after the game, but to embed the sport in everything that happens beyond that. I think it's very difficult to free yourself from that when you're there. It's easier for viewers in front of the television. I also believe that we will hear and read so many negative and critical things about Qatar in the next few weeks that at some point we will have exhausted them, so that we may deliberately ignore them. I think when football is played, interest refocuses on what's happening on the pitch.

WORLD: You have never been to a World Cup yourself. Do you envy the colleagues who go to Qatar?

Waldherr: No, not at all. Sports journalist at a major event like a World Cup is an extremely difficult job because you have to deliver a lot of content under difficult conditions, sometimes for different platforms. Access to your sources of information is now largely limited because all players have agents and all clubs have communications departments. Media training – there was nothing like that in my time. I was still sitting next to Uli Hoeneß, Hans-Wilhelm Müller-Wohlfahrt or even national players on the plane or on the bus and you could talk completely informally.

‹ ›
Keywords:
FußballWMFußball WM 2022FrommannStefanBeckOskarKatarSPORT BILDUli HoeneßDDRGerhard WaldherrBrasilienSteffi GrafFußballGeschichteGames
Your comment has been forwarded to the administrator for approval.×
Warning! Will constitute a criminal offense, illegal, threatening, offensive, insulting and swearing, derogatory, defamatory, vulgar, pornographic, indecent, personality rights, damaging or similar nature in the nature of all kinds of financial content, legal, criminal and administrative responsibility for the content of the sender member / members are belong.
Related News