The Videoplanet in Dortmund-Bodelschwingh, rooms full of cassettes with colorful covers. 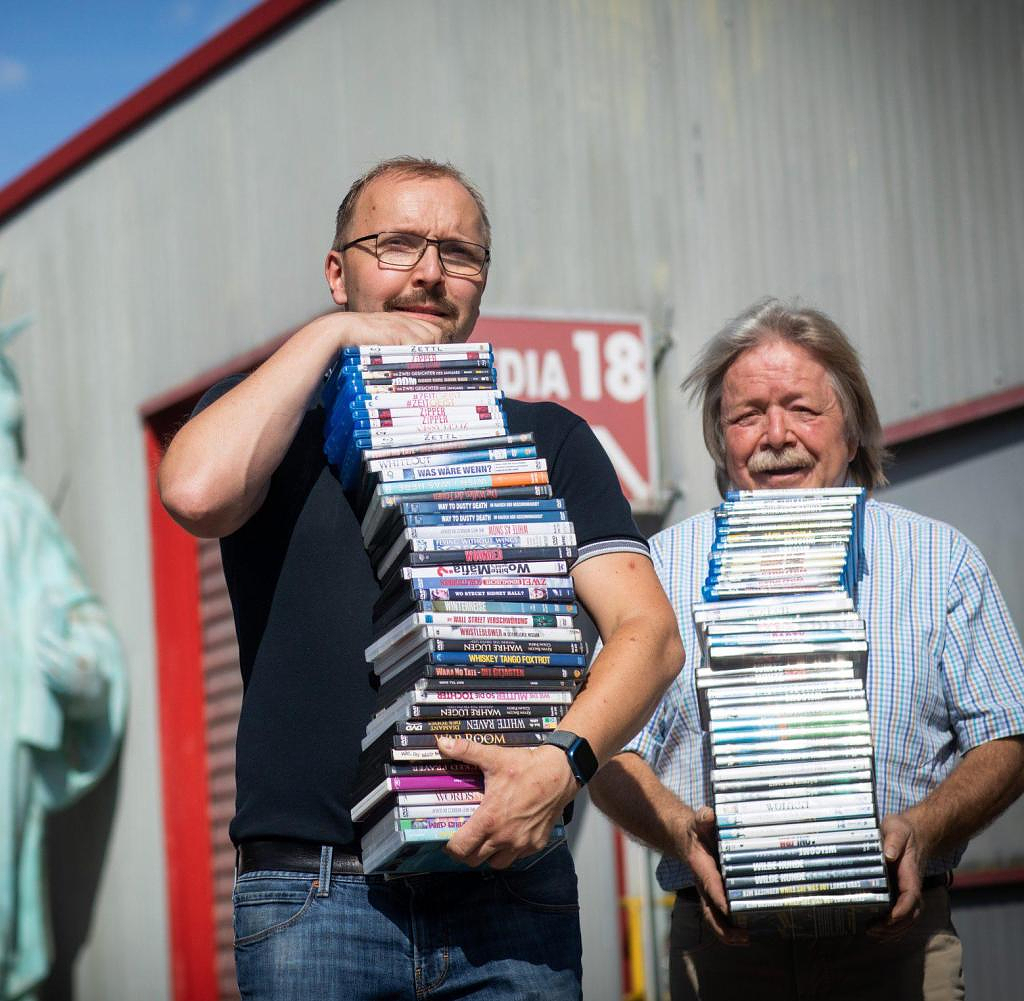 The Videoplanet in Dortmund-Bodelschwingh, rooms full of cassettes with colorful covers. tons. Huge walls, everything is there, from the current blockbuster to the classic. Günter Haumann opened the shop 35 years ago, it wasn't his first video store. "We used to have 20 at the peak," says the man with the gray blow-dried hairstyle, "eight of them in the Dortmund area or so." At the end of the year, Videoplanet will be the last video store in Dortmund to close.

Video stores were a dream place of childhood. At least for many of today's 40 to 60 year olds. And the story of the US film director Quentin Tarantino is one of their favorite legends. A wacky film nerd who has turned his love of unusual films into a successful Hollywood career. An only child of a single mother, Tarantino acquired his aesthetic over countless afternoons of countless visits to suburban movie theaters and video stores.

In Videoplanet, most of the films are on large rummage tables. Ten DVDs for five euros, three BluRays for ten euros. Günter Haumann and his son Heiko stand between them. They don't seem terribly shaken. "You could prepare for it for years," says Heiko Haumann. "It was predicted, five years from now, it was often said. Then it went on somehow. But at some point the five years were right." And his father adds: "We closed one of our video stores every year. We started in 2013 and then closed one every year.”

Who is to blame? The film fans themselves, too, of course. They go to the cinema less often and hardly ever go to video stores. Your own couch is more comfortable than the armchairs in the cinema, the drinks there are extremely expensive, and sometimes the people sitting next to you are too loud, smacking their lips or laughing at inappropriate places. Anyone who likes to watch films in a concentrated manner has long since set up a home cinema that also deserves the name. And the streaming services offer more than meets the eye, in all areas. You don't even have to pay money to get a lot on Arte or the public broadcasters, for example. Video stores have simply become superfluous.

Corona finally put an end to them. During the lockdowns, the last regular customers subscribed to streaming services and never came back. Heiko Haumann does not have a business idea to bring the video stores into the future. "Personally, I think that only works if you have a second business on the side, like a large parcel shop, but it really has to generate the main sales."

When browsing, you notice that there are almost only films, no series. They have been the big trend for many years. But not in video stores. "We used to start with series," explains Heiko Haumann. "But after it started with the streaming services, which specialized in series, it no longer paid off for us. Because everyone who was interested in series also went to the streaming services.”

"I actually still have regular customers that I had 40 years ago," says Schnickel. “Back then, they were teenagers or almost children who came to the video store with their parents. They've stuck with me to this day, I'm very happy about that. They tell me: Don't stop!"

The video meeting lives up to its name. The clientele and Holger Schnickel have grown together over decades, we don't just talk about films. But business is also becoming more difficult in Hohenlimburg. "Let's say: the majority, who used to like to do video evenings and nights with four or five video films, that's a bit missing." Schnickel looks resigned to fate. “The Internet and cell phones and streaming just got in the way. It's not like it used to be."

Schnickel in Hohenlimburg is still keeping the tradition alive. A little bit. There are already big gaps on the shelves. And in Dortmund Heiko Haumann has already looked for a new job, father Günter is old enough to retire. But he doesn't like doing that. "It does bother him," calls his wife, who is standing behind the counter. He doesn't object. The video stores have had their time. Today's 40-60 year olds will remember them as places where their generation learned to dream.

‹ ›
Keywords:
VideothekenDortmundNordrheinWestfalenNetflixTexttospeechGünter HaumannHeiko HaumannHagenHohenlimburgVideothekFilmMusik
Your comment has been forwarded to the administrator for approval.×
Warning! Will constitute a criminal offense, illegal, threatening, offensive, insulting and swearing, derogatory, defamatory, vulgar, pornographic, indecent, personality rights, damaging or similar nature in the nature of all kinds of financial content, legal, criminal and administrative responsibility for the content of the sender member / members are belong.
Related News