DRC: the day after the truce, M23 rebels and army observe each other

Clashes had again taken place in the evening after 6:00 p. 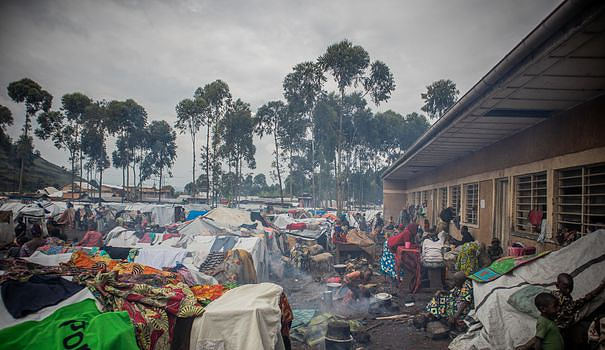 Clashes had again taken place in the evening after 6:00 p.m. (4:00 p.m. GMT), the scheduled time of the truce, towards the locality of Bwiza, about forty km from Goma, provincial capital of North Kivu.

“We woke up in apparent calm,” said a resident of Bwiza by telephone, very cautious about what happened next. "The FARDC (armed forces of the DRC) control part of the locality while the large part is in the hands of the rebels. The two camps are observed face to face", he added.

"The majority of the population has fled, but we are observing the situation from our homes," said the resident, head of a local youth organization.

"Yesterday there would have been civilians killed in the fields, but we do not know the toll for the moment", also indicated a village chief from a sector further north, in the "grouping" (administrative entity) of Bambo, where calm also reigned on Saturday morning.

The situation also remained frozen, with no reported fighting, about 20 km north of Goma, where a front line, the closest to the city, had been established for about two weeks at Kibumba, on the national road 2.

On Wednesday, a mini-summit organized in Luanda decided on a "cessation of hostilities" on Friday evening, followed two days later by the withdrawal of the M23 rebels "from the occupied areas" and their "retreat to their initial positions".

A spokesman for M23 said Thursday that the movement was "not really concerned", because it was not present at the discussions.

Then, in a press release issued on Friday, the president of M23, Bertrand Bisimwa, said "accept the ceasefire as recommended" but asked Kinshasa to "respect it in turn". "Failing which the M23 fully reserves the right to defend itself," added the text. The M23 also indicated "request a meeting with the mediator and facilitator".

The M23 ("Movement of March 23") is a former Tutsi rebellion defeated in 2013 which took up arms again at the end of last year, accusing Kinshasa of not having respected commitments on the demobilization and reintegration of its fighters . As it stands, the Congolese government refuses to discuss with the M23, which it describes as a "terrorist" movement supported by Rwanda.