DRC: calm on the front lines for the 2nd consecutive day

A mini-summit on Wednesday in Luanda, Angola decided on a ceasefire from Friday evening between the Congolese Armed Forces and the rebels of the March 23 Movement (M23) who had been clashing violently for weeks in the province of North Kivu. 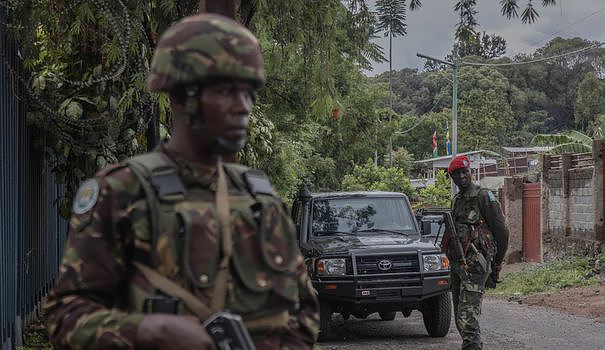 A mini-summit on Wednesday in Luanda, Angola decided on a ceasefire from Friday evening between the Congolese Armed Forces and the rebels of the March 23 Movement (M23) who had been clashing violently for weeks in the province of North Kivu.

On Sunday, each party kept its positions in this province in the east of the Democratic Republic of Congo, according to residents interviewed by AFP in the localities concerned.

The day before, fighting had pitted a coalition of Mai-Mai (Congolese self-defense group) and Democratic Forces for the Liberation of Rwanda (FDLR) against M23 rebels for control of an area where the Congolese army is absent, in northeast of the provincial capital, Goma.

According to residents contacted by telephone from Goma, the M23 then seized the city of Kisharo, capital of the Binza group, 30 km from Ishasha, a border town with Uganda not far from Lake Edward.

The M23, a former Tutsi rebellion, took up arms again at the end of last year, accusing Kinshasa of not having respected commitments on the demobilization and reintegration of its combatants. The Tutsi movement has expanded from its territory, despite calls to cease fire.

The resurgence of the M23 has caused renewed tension between the DRC and Rwanda, accused of supporting this rebellion. Kigali disputes, accusing in return Kinshasa of collusion with the FDLR, Rwandan Hutu rebels established in the DRC since the genocide of the Tutsi in 1994 in Rwanda.

The Luanda summit decided on a cessation of hostilities on Friday evening, followed by the withdrawal of the M23 rebels "from the occupied areas" and their "retreat to their initial positions" on Sunday. If the rebels refuse, the East African regional force being deployed in Goma has announced its intention to "use force to push them into submission".

Sunday before noon, no movement of withdrawal of the rebels was yet observed.