DRC: after 5 days of truce, resumption of fighting between the army and the M23 rebels

This summit had decided on a ceasefire from Friday 25 at 6:00 p. 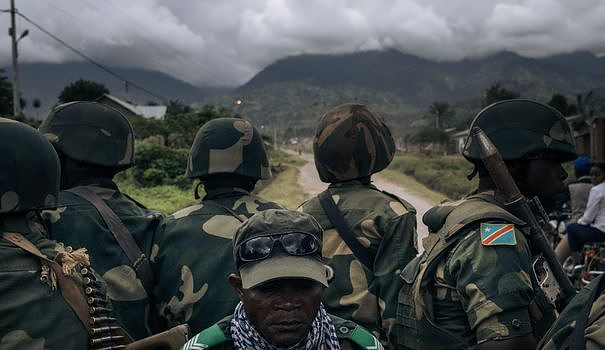 This summit had decided on a ceasefire from Friday 25 at 6:00 p.m. (4:00 p.m. GMT), followed two days later by the withdrawal of the M23 from the areas conquered for several months in the province of North Kivu.

No withdrawal was observed, but the fighting had ceased since Saturday morning between the army and the M23, even if the latter continued to oppose militias, in particular on Tuesday in a village in the Bambo region, around 70 km north of the provincial capital Goma, where many civilians are believed to have been killed.

It is not far from there that a resumption of fighting between the rebels and the armed forces of the DRC (FARDC) was reported on Thursday, in Kirima, about ten km from the town of Kibirizi.

"Since the morning, fighting has resumed between the FARDC and the M23 in Kirima. The rebels crossed the bridge towards Kibirizi after the fighting the day before yesterday in Kishishe. There is panic", testified Paul Lutibahwa , president of the civil society of Bambo.

A security source accused the M23 rebels of violating the ceasefire and "continuing to loot and fight". "The fighting is violent, we are using heavy artillery" against the M23, a Congolese army officer, who requested anonymity, told AFP.

Also questioned by AFP, the military spokesman of the M23, Willy Ngoma, confirmed these fights with the FARDC.

According to Julson Kaniki, Kibirizi's civil society leader, the prospect of the rebels' arrival has also caused panic. "People are starting to flee," he said.

The M23, for "Movement of March 23", is a former Tutsi rebellion defeated in 2013, which took up arms again in November 2021, accusing Kinshasa of not having respected its commitments on the demobilization and reintegration of its fighters.

Kinshasa accuses Kigali of supporting this rebellion, which UN experts and American officials have also pointed out, but Rwanda consistently denies it, accusing Kinshasa, which also denies, of collusion with the FDLR, Rwandan Hutu rebels established in the DRC since the genocide of the Tutsi in 1994 in Rwanda.

Demonstrations are frequently organized in the DRC against what the Congolese see as "aggression" by Rwanda.

A march took place Thursday morning in Goma to protest against the attitude of the international community, accused of inaction or even complicity. Several journalists and demonstrators were mistreated during this demonstration, which had not been authorized by the town hall.

Another march, organized by the Catholic Church, took place peacefully in Bukavu, in the neighboring province of South Kivu.

In an attempt to ease tensions in the east of the DRC, plagued for almost 30 years by violence from armed groups, several diplomatic initiatives have been launched, in particular by the Community of East African States (EAC ).

The latter decided to deploy a regional force, including Kenyan elements already positioned in Goma, and launched a new session of peace talks in Nairobi on November 28, without the M23, which Kinshasa describes as a "terrorist" movement. .

Another mediation is conducted on behalf of the African Union by Angolan President Joao Lourenço, responsible for trying to reconcile Kinshasa and Kigali.

The resumption of fighting after a short truce comes as the Vatican announced the new dates, from January 31 to February 3, for a visit by Pope Francis to the DRC, initially scheduled for July but postponed for health reasons. The sovereign pontiff will come to Kinshasa but the Goma stage is no longer on the program.

The place that had been chosen for his mass, 15 km north of Goma, is currently occupied by a military position installed by the FARDC to stop the advance of the M23 towards the city.