Draghi is facing the most severe government crisis since his mandate.

Mario Draghi, the Prime Minister of Italy, has left NATO's Madrid summit last night, which was the most important for the Alliance since the end the Cold War. 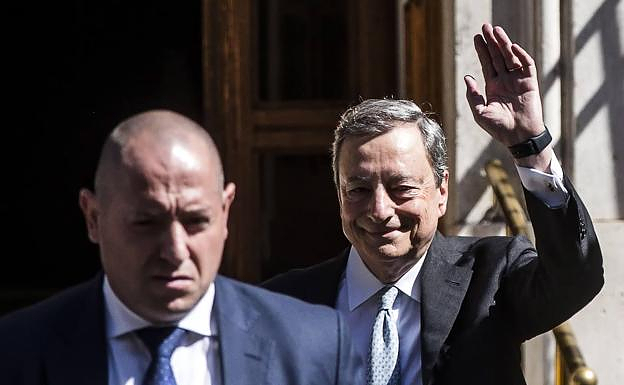 Mario Draghi, the Prime Minister of Italy, has left NATO's Madrid summit last night, which was the most important for the Alliance since the end the Cold War. He is now focusing on internal tensions within his unity Executive. He is facing the third government crisis since he assumed control of the country in February 2021.

Interview with a consultant from 5 Star Movement (M5E), which is part of the government coalition, was the spark at this event. Domenico De Masi claimed Draghi asked Beppe Grillo (the founder of the anti-establishment group), to become the head of Conte. He was Draghi's predecessor as prime minister. Conte slammed the information harshly, even though the Chigi Palace, which is the home of the Chief Executive quickly denied it. It is grave that a technical prime Minister interferes with the lives of political forces, which, in turn, support the Government. He said Wednesday that he was baffled at the request to have me removed.

Officially, Draghi has canceled the NATO summit before the deadline because he had to prepare the Council of Ministers meeting that will be held on Thursday. This meeting is important as it will discuss energy and other matters so families and businesses can afford the high price of this commodity at a time when prices are rising unabated. The session will be marked by frictions among the Executive members, however.

Conte and Draghi have had a strained relationship for several months. This tension has intensified in recent weeks because of differences over the war with Ukraine. While the M5E opposes sending weapons to Kiev, Draghi is one of the most active European leaders in the conflict. He was with the French president, Emmanuel Macron and Olaf Scholz, the German, on a train trip to meet the Ukrainian president, Volodimirzelenski, two weeks ago.

It's not the first time a crisis has threatened the coalition government formed by The 5-Star Movement, The League of Matteo Salvini, the leftist Free and Equal, the Democratic Party, centerleft; Forza Italia, headed former Prime Minister Silvio Berlusconi; and other independent ministers. Tensions within the unity government under the leadership of former President of the European Central Bank are a constant.

Both the League and the M5E have been causing tensions in recent weeks due to their poor results at the recent municipal elections. Salvini's leadership collapsed, leaving the way open to the far-right Giorgia Maloni, leader of Brothers of Italy, which is the only party that is not part of the government, and now leading force in Italy.

The M5E has had its own internal crisis. Last week, Luigi di Maio (Foreign Minister) left the M5E and caused a split.

‹ ›
Keywords:
DraghiEncaraPeorCrisisGobiernoMandato
Your comment has been forwarded to the administrator for approval.×
Warning! Will constitute a criminal offense, illegal, threatening, offensive, insulting and swearing, derogatory, defamatory, vulgar, pornographic, indecent, personality rights, damaging or similar nature in the nature of all kinds of financial content, legal, criminal and administrative responsibility for the content of the sender member / members are belong.
Related News