Post a Comment Print Share on Facebook
Famagusta
DOLLAR 18,81
EURO 20,51
GOLD 1.170,62
BIST 5.259,09
"Young people make rules for themselves that they would not have...
New Year's Eve, the media and "inconvenient truths"
“I will still do something to this woman”
Cruise tourism takes Barcelona back
New Year's Eve, the media and "inconvenient truths"
The "lateral thinker" that we loved - he lives
“It is important to win over these Muslims as loyal citizens”
The true superpower of the Christian message
"The Russians in Switzerland know: Putin is finished"
The secret of the many Amazon "No. 1 bestseller”

Doncic manages the next triple-double against Houston

Two days after his historic performance with a team-record 60 points, Luka Doncic has guided the Dallas Mavericks to their next win in the NBA. 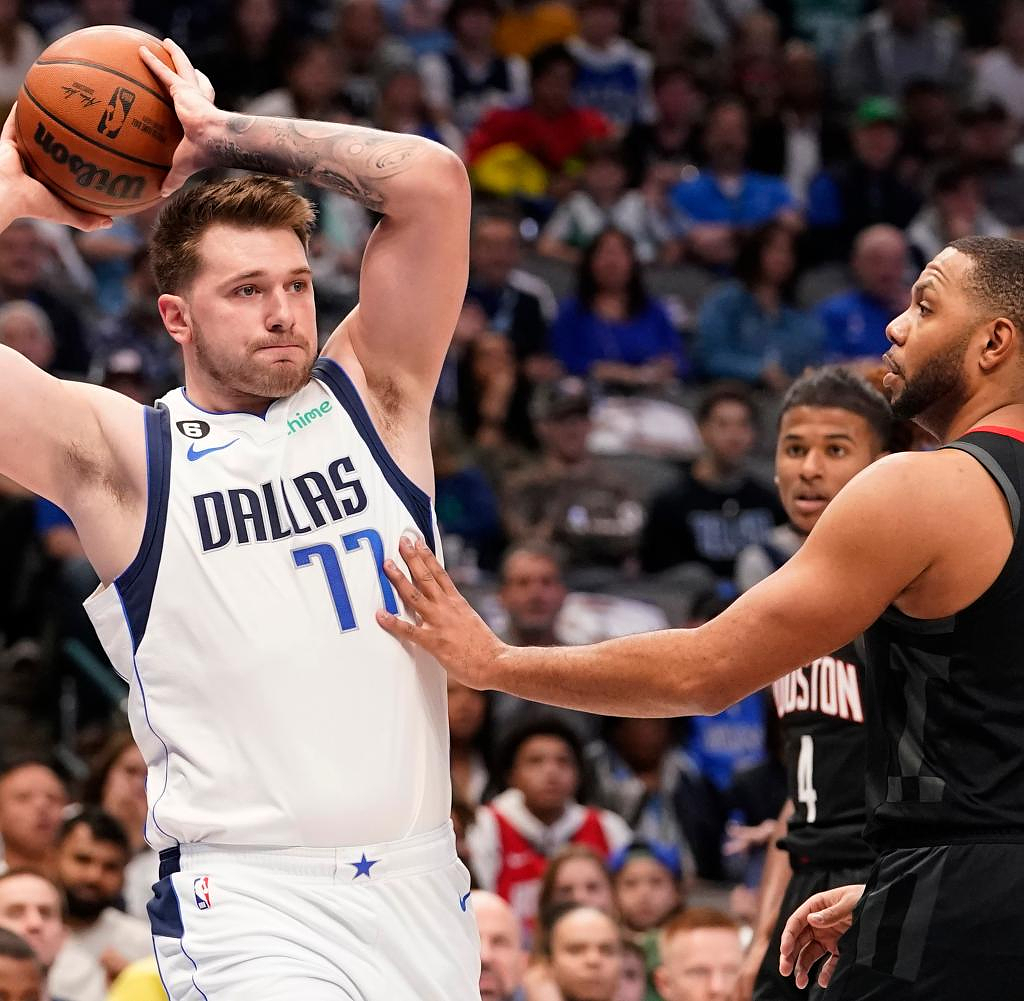 Two days after his historic performance with a team-record 60 points, Luka Doncic has guided the Dallas Mavericks to their next win in the NBA.

The Slovenian superstar scored a triple-double for the eighth time this season in a 129:114 (65:51) home win against the Houston Rockets on Thursday (local time). With 35 points, 13 assists and twelve rebounds, Doncic achieved double-digit values ​​in three categories.

No player in the North American basketball league has played more triple-doubles this season. Doncic scored 21 points in the first half alone, leading Dallas to a 14-point lead and capping his impressive display with a three-pointer from over ten yards just before half-time.

The Mavericks clinched five straight wins for the first time this season by beating the Rockets.

The German professional Isaiah Hartenstein with the New York Knicks had to admit defeat to the San Antonio Spurs with 115:122 (53:64). It was the fifth loss in a row for the Knicks. Before the final section, the guests were 13 points behind. Hartenstein scored four points and grabbed five rebounds.

The Boston Celtics, currently the best team in the NBA, won the top game against the Los Angeles Clippers with 116:110 (60:49). The Celtics avenged a 93-113 away loss to the Clippers three weeks ago, which was Boston's worst loss this season.

Jaylen Brown and Jayson Tatum each scored 29 points for the Celtics, while Kawhi Leonard was the top scorer for the Clippers with 26 points.

‹ ›
Keywords:
NBA (National Basketball Association)BasketballUSADallas Mavericks
Your comment has been forwarded to the administrator for approval.×
Warning! Will constitute a criminal offense, illegal, threatening, offensive, insulting and swearing, derogatory, defamatory, vulgar, pornographic, indecent, personality rights, damaging or similar nature in the nature of all kinds of financial content, legal, criminal and administrative responsibility for the content of the sender member / members are belong.
Related News