Don't panic, not even as an honorary citizen

Many fans wanted him to become Federal President one day. 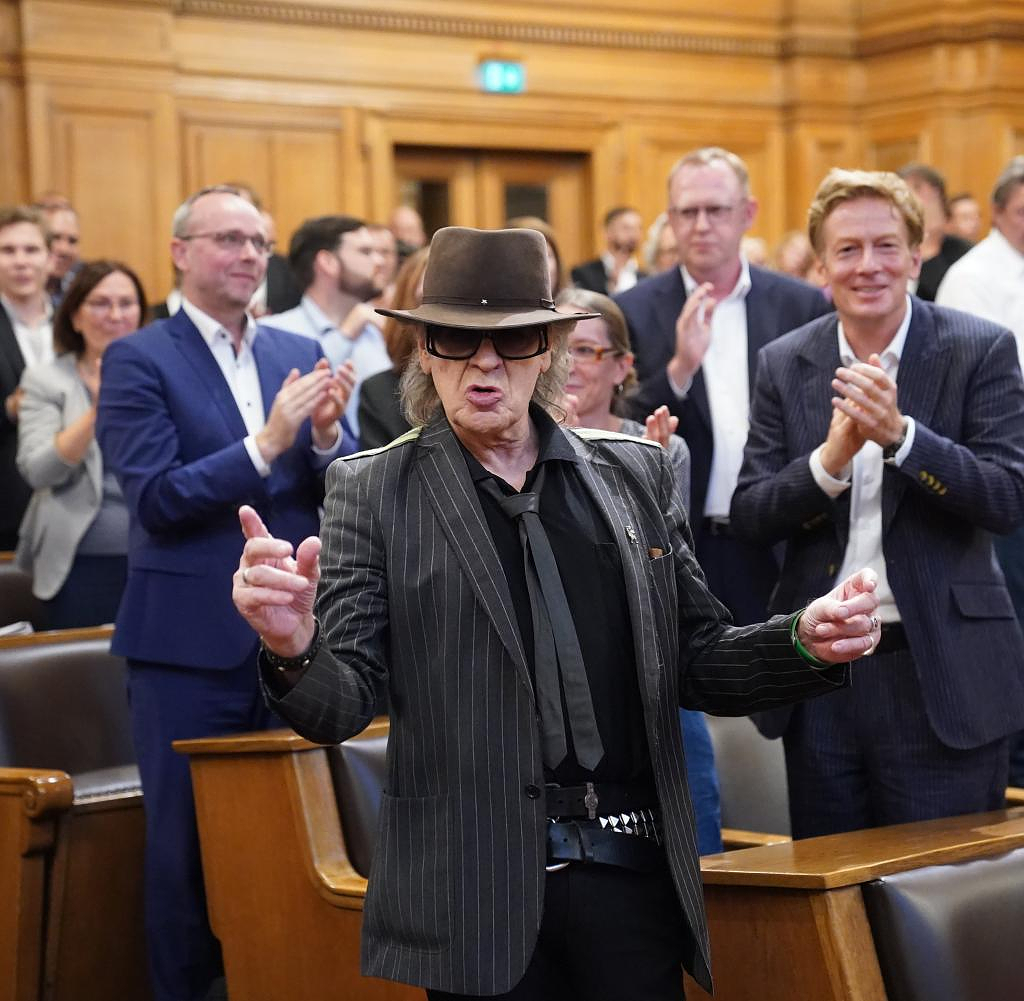 Many fans wanted him to become Federal President one day. After all, panic rocker Udo Lindenberg (76) has been an honorary citizen of Hamburg since Wednesday – and that is the highest award that the city of Hamburg has to award. The native Westphalian from Gronau, who has been living in Hamburg since the late 1960s, joins an illustrious group of personalities. In addition to politicians such as former Chancellor Helmut Schmidt (1918-2015) and writers such as Siegfried Lenz (1926-2014), the recently deceased soccer player Uwe Seeler, Hamburg's ballet director John Neumeier, children's book author Kirsten Boie ("Wir Kinder aus dem Möwenweg") and entrepreneur Michael Otto also belong to the group to the Hamburg honorary citizens.

Since the first honorary citizenship was awarded to Friedrich Karl Freiherr von Tettenborn in 1813, Lindenberg has been the 37th honorary citizen of the city and, after Johannes Brahms, the first personality from the world of music. Mayor Peter Tschentscher (SPD) proposed him on the occasion of his 75th birthday in May 2021. Due to the long-lasting corona restrictions, the award could only be presented now.

With the exception of the AfD, all members of the parliament were enthusiastic about the idea and approved the Senate's proposal with a large majority. In addition to his musical achievements, Mayor Tschentscher paid tribute to Lindenberg's efforts to promote understanding within Germany and his commitment to combating violence, right-wing extremism and discrimination. “He is an ambassador for tolerance, peace and freedom. In other words: Udo Lindenberg is a Hanseatic, not by birth, but out of conviction.

Hamburg's second mayor Katharina Fegebank (Greens) emphasized: "We are incredibly proud that he has made Hamburg his home and has become a role model for many artists." Hamburg carries its name and its sound in its heart, "for now and always"! CDU faction leader Dennis Thering said that Lindenberg's music is definitely part of the history of German reunification. "Through his work he has been connected to Hamburg as a musician and also as a graphic artist, as a painter, for years."

After the citizenship vote, there was a ceremony in the large ballroom of the town hall, to which numerous prominent guests were invited. There was also music, Johannes Oreding and Jan Delay performed at a low volume, more than 85 decibels were not allowed in view of the historical wall paintings.

Lindenberg was born on May 17, 1946 in Gronau (North Rhine-Westphalia). He has lived in Hamburg since the late 1960s and in a suite in the Hotel Atlantic since the 1990s. His biography and his work are closely linked to Hamburg and northern Germany. "Udo Lindenberg helped German-language rock music to break through and made it successful for decades with distinctive language and time-related lyrics," the Senate announced last year. His efforts to achieve understanding within Germany are part of the history of reunification.