"Don't look in the mirror, look out the window"

On Wednesday, the Hamburg Parliament began the deliberations on the draft budget for the next two years with a general debate. 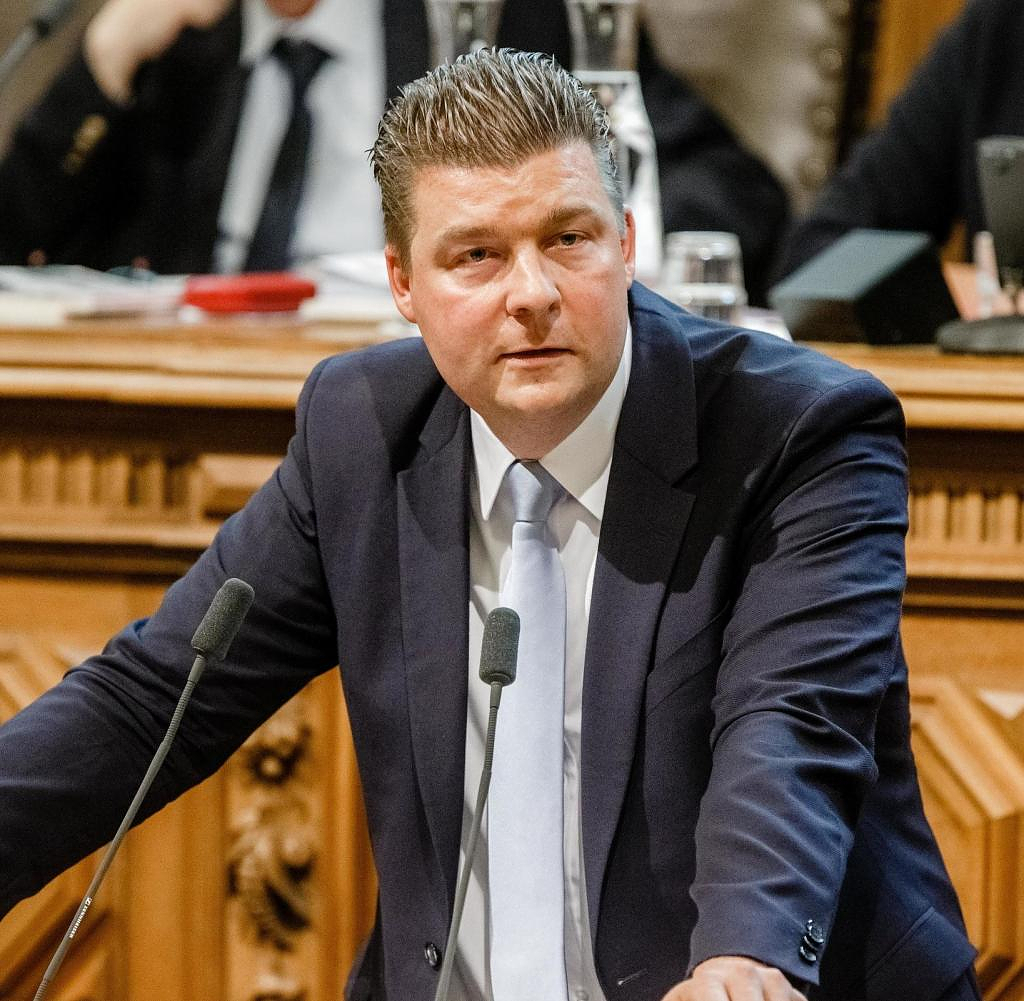 On Wednesday, the Hamburg Parliament began the deliberations on the draft budget for the next two years with a general debate. All parties in the plenary hall of the town hall agreed on one thing: there is still room for improvement in the draft, which is several thousand pages long. However, when it came to the question of how much of the Senate's plan had to be changed, the ruling factions of the SPD, the Greens and the opposition parties differed.

The red-green Senate approved its draft budget in early June. The draft envisages spending of more than 37 billion euros over the next two years. Almost 18.3 billion are planned for 2023. This should increase spending by around four percent compared to the current financial year. In 2024, expenditure should amount to a good 18.8 billion euros.

The presented double budget takes into account five core topics, said Finance Senator Andreas Dressel and announced, among other things, four billion euros in new investments - in schools, roads, bridges, the expansion of the rapid transit network, the port "and much more".

At the same time, the Senate secures the financing of staff in the districts, in the police and in the judiciary. In 2023, more than 47 million euros and in 2024 almost 55.4 million euros will be made available to the districts alone for staff. Personnel cost deficits are also compensated for in the police force and for courts, public prosecutors and the penal system.

Last but not least, the “fiscal policy course is being maintained,” said Dressel, and promised that the Hamburg budget would no longer show a double structural deficit from 2024. So not only will the city not spend more money than it takes in through taxes, for example. Also, when considering other issues such as depreciation of buildings, roads, and other infrastructure, the budget view will be balanced. "We are the first and for the foreseeable future only federal state that has set itself such an ambitious financial policy goal and then also achieved it," Dressel praised himself and the Senate.

However, this is not entirely possible without savings, as Dressel and Mayor Peter Tschentscher had to admit when presenting the budget. The Senate decided that all authorities must save around three percent of their free budget. This is called global underspending in technical jargon.

At the beginning of the week, the state audit office had expressed clear criticism of this. Global underspending is not in the spirit of the budget laws, said Director of the Audit Office Philipp Häfner, because this would deprive Parliament of the right to decide on all spending and savings. However, the courts of auditors have gotten used to a certain percentage because at the end of each financial year it is evident that not all the money that was budgeted was actually spent. However, he sharply criticized the idea of ​​increasing this percentage from two to three percent compared to the last draft budget. "That's an increase of 50 percent."

Thilo Kleibauer, spokesman for budgetary policy for the CDU parliamentary group, criticized this in the general debate on Wednesday and took up another criticism from the Court of Auditors. He had classified the planned construction investments as "unrealistic". Kleibauer agreed and called on the SPD and the Greens not only to announce investments, but also to make them consistently. For the upcoming budget deliberations, Kleibauer announced that his parliamentary group would "make good suggestions to improve the budget."

Dennis Paustian-Döscher from the Greens made a similar statement – ​​at least on the last point. For example, his parliamentary group will work to ensure that Senator Katharina Fegebank's (Greens) Equal Opportunities Authority receives even more money.

Anna von Treuenfels-Frowein also wants the household to be improved. She would like to see a factual debate on this in the coming months. There is still a lot to discuss.

From the point of view of the left, on the other hand, the draft budget reflects a “refusal” by the government. She is not willing to take on debt and as a result is investing too little in the city's future. In addition, red-green refuse to pay higher taxes on wealth and thus narrow their own scope to spend more money on social cohesion in the city. Self-praise for the draft budget is out of place. "Turn your gaze away from the mirror and toward the window," Stoop said. So far, the draft has ignored the realities of the people in Hamburg.

Group leader Dirk Nockemann spoke for the AfD group. Like Kleibauer and Stoop, he also complained that the Senate was not doing enough to promote the city with investments. "With your budget, Hamburg will remain a case of restructuring," said Nockemann, listing various examples with the district roads or the quay walls, where red-green have achieved significantly less than promised in recent years. Nockemann also criticized the fact that the draft budget does not reflect the current additional burdens. "The plan will soon be obsolete."

And in fact, Finance Senator Dressel announced to the citizens that a subsequent approval document is already being prepared, asking Parliament to release more than 100 million euros to deal with the consequences of the Ukraine war and the associated energy crisis.

In December, the citizenship wants to decide on the new budget. Until then, the details will be discussed in the relevant parliamentary committees.

‹ ›
Keywords:
WittegenanntVedderJuliaDresselAndreasHaushaltspolitikHaushaltsaufstellungenHamburgRathausmarktBürgerschaftPolizeiAndreas DresselSPDBrückeHaushaltsberatungHaushaltBündnis 90Die GrünenGrüneSicht Der LinkeStraßeHaushaltsplanentwurfKrimi
Your comment has been forwarded to the administrator for approval.×
Warning! Will constitute a criminal offense, illegal, threatening, offensive, insulting and swearing, derogatory, defamatory, vulgar, pornographic, indecent, personality rights, damaging or similar nature in the nature of all kinds of financial content, legal, criminal and administrative responsibility for the content of the sender member / members are belong.
Related News