Hamburg is Germany's hockey capital - and therefore an ideal venue for the European Indoor Championships, which will take place from December 7th to 11th in the Sporthalle Hamburg (Winterhude). 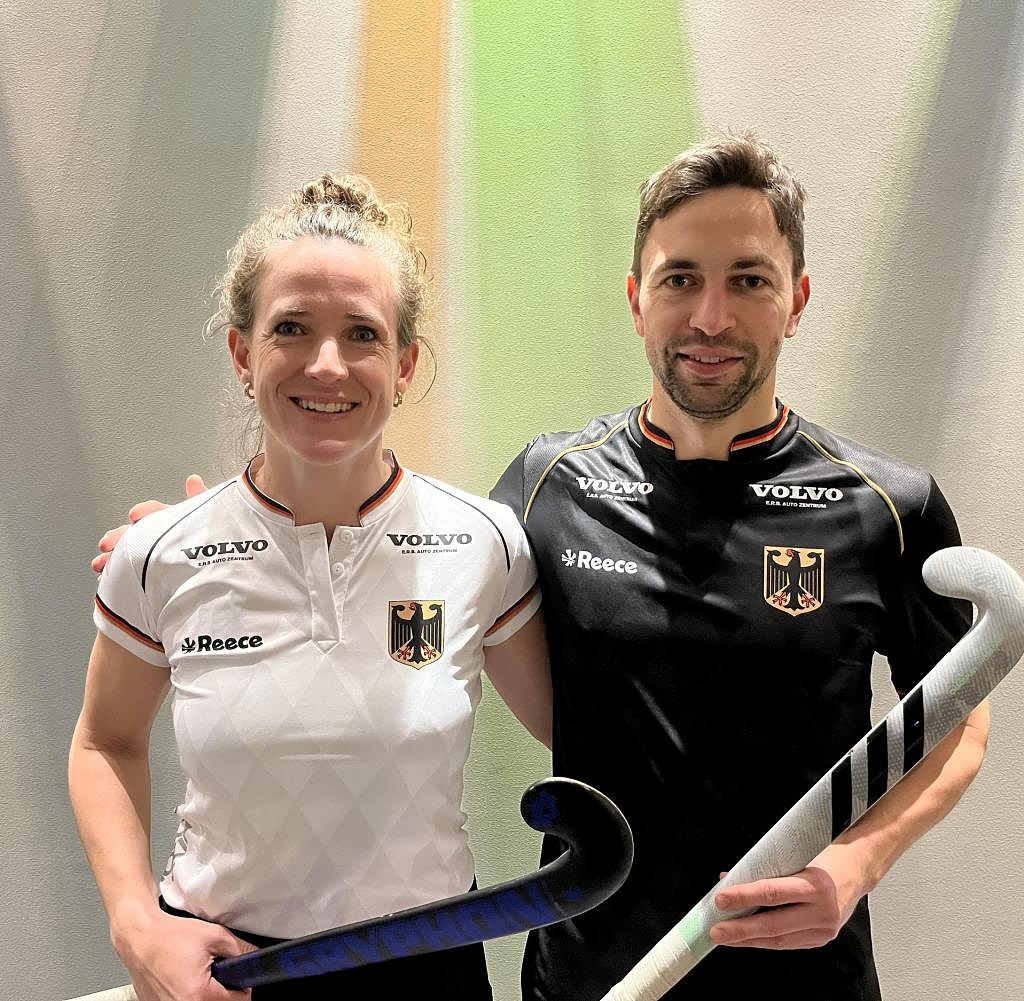 Hamburg is Germany's hockey capital - and therefore an ideal venue for the European Indoor Championships, which will take place from December 7th to 11th in the Sporthalle Hamburg (Winterhude). Women's national coach Valentin Altenburg has nominated six players from the Hanseatic city, with the men there will even be seven Hamburgers on the small ball.

In addition to the sporting ambitions, some outstanding athletes are due to say goodbye on Wednesday, so Janne Müller-Wieland and record national player Tobias Hauke ​​are also ending their international careers. Both Hamburgers look back on victories and defeats - and talk about how they want to shape their lives in the future.

WELT AM SONNTAG: Ms. Müller-Wieland, you surprisingly had to watch the Olympic Games in Tokyo 2021 in front of the television. The national coach at the time had removed you from the squad and involuntarily ended your career in the national team. Why are you coming back now?

Janne Müller-Wieland: Because the European Indoor Championships in my hometown offer the perfect stage to say goodbye. I'm looking forward like a little kid to playing for a title again with some I've fought alongside for years. It was a shock at first that I wasn't allowed to be there in Tokyo, but I made my peace with it. So I'm all the happier to play with the DANAS - the German national players - one last time.

WELT AM SONNTAG: Mr. Hauke, you were there in Tokyo, but you probably don't have good memories of the outcome of the tournament, do you?

Tobias Hauke: It was about bronze and we lost 4:5 against India. That hurt a lot. Especially since we should have won the game the way it went. But it was already clear beforehand that I would end my career in the national team. Like Janne, I have been fully focused on hockey for over 15 years of my life and wanted to retire at a top level. It was clear at the time that my professional plans and my family would increasingly come to the fore. When I look back on the time since the game for 3rd place, I can hardly imagine that I subordinated everything to the sport. But I'm really looking forward to the upcoming European Championships. Especially since my children can finally experience me live in action.

WELT AM SONNTAG: When great careers come to an end, one likes to look back on the most beautiful moments. Do you immediately think of winning the bronze medal in Rio in 2016?

Müller-Wieland: Of course, our 2-1 win against New Zealand is a memory that will last forever. After that we were exhausted and looked the part. I had a cleat print on my cheekbone, Nike Lorenz had a scar on his forehead that was sewn up with eight stitches – we threw ourselves into the shots regardless of the losses and thus saved the narrow lead over time. Our goalkeeper Kristina Reynolds, Julia Müller and I lost the bronze medal match at the 2008 games in Beijing. We agreed before kick-off that we didn't want to be left empty-handed again.

WELT AM SONNTAG: Speaking of 2008 – you became Olympic champion at the age of 20 in Beijing. How do you remember this triumph?

Hauke: I had only been part of the A squad for five months at the time and felt like a little boy being guided through the tournament by experienced players. I shared a room with Florian Keller, whose father, brother and sister were all Olympic hockey champions.

Before the semifinals, Florian said to me that the most important game was coming up and that we had to win it. Sure - whoever wins in the semi-finals has a medal for sure. We won on penalties and won gold against Spain. That was sensational, even though I didn't really understand the dimensions at the time. I don't mean to sound arrogant, but we'd been world champions indoor before and wins were normal. In 2012, when we were able to defend the title in London, my role was of course completely different.

WORLD ON SUNDAY: Tell me!

Hauke: London was a completely different number than Beijing. It all started with the fact that every morning from my room, I saw thousands of fans heading towards the Olympic Park. I also went to training for four years driven by one thought: I want to be Olympic champion again!

I wanted to give my best as a person and as a player and in the semifinals we were rewarded with one of the best games of all time. Almost everything came together in our 4-2 win over Australia. That we then won 2-1 against Holland in the final, thanks to two brilliant moments from Rabi (Jan Philipp Rabente, ed.) - a dream. I still remember how I got stuck on my opponent in a hard man-marking back then. I really wanted to keep our circle clean—I didn't care about anything else.

WELT AM SONNTAG: In contrast, London should be a big disappointment for you.

Müller-Wieland: We had good preparation and were third in the world rankings. I was really looking forward to the London games and I really wanted to achieve more than in Beijing. There we led twice in the semi-finals and still lost. Then we messed up the match for 3rd place and afterwards I cried in my parents' arms.

Finishing fourth is the meanest thing ever. At least I was able to make my brother happy with Dirk Nowitzki's worn basketball shoes. That was a successful gift. But yes – in London we clearly undersold ourselves. Unfortunately, that wasn't nice at all.

WELT AM SONNTAG: But the trip back to Hamburg on the “MS Deutschland” was certainly nice, wasn’t it? The city of Hamburg had organized this for the planned Olympic application.

Müller-Wieland: That's right. The three days on the luxury liner were awesome. Especially since we were allowed to invite someone for the trip. A number of friends flew in just to take the ship back. The entrance to Hamburg, the crowds of people who waved to us - that was pure goosebumps.

Hauke: I can only agree with Janne. The reception on the Elbe was absolutely outstanding. To be honest, I hardly expected the people of Hamburg to be so enthusiastic. Also how things went on in the town hall. The whole day of the return is stored in my head. I don't need photos or video clips for this.

WELT AM SONNTAG: Finally, of course, there is the question of the future. How is your life without hockey today – and how will it continue according to your plans?

Müller-Wieland: I've been living with my family between London and Oxford for a while. A few years ago we started Unthink, a leadership development consultancy. Working with managers is extremely interesting and at the same time there is still enough time for my son. I really enjoy not living out of a sports bag anymore.

Hauke: I feel the same way. I am the managing director of our company together with my father. We trade in petroleum products and otherwise I'm there for my three wives as best I can. My four-year-old daughter Clara and our little Lou keep me busy. But I don't want to rule out that one day I'll take up a position in hockey again. Sport has made me the person I am today - with all my friends all over the world. I appreciate that.

‹ ›
Keywords:
HamburgHockeyEuropameisterschaftenHockeyEuropameisterschaftenHaukeTobiasMüllerWielandJanne
Your comment has been forwarded to the administrator for approval.×
Warning! Will constitute a criminal offense, illegal, threatening, offensive, insulting and swearing, derogatory, defamatory, vulgar, pornographic, indecent, personality rights, damaging or similar nature in the nature of all kinds of financial content, legal, criminal and administrative responsibility for the content of the sender member / members are belong.
Related News