Does this ball move? The best optical illusions of 2022

In 2015, a striped dress split the internet. 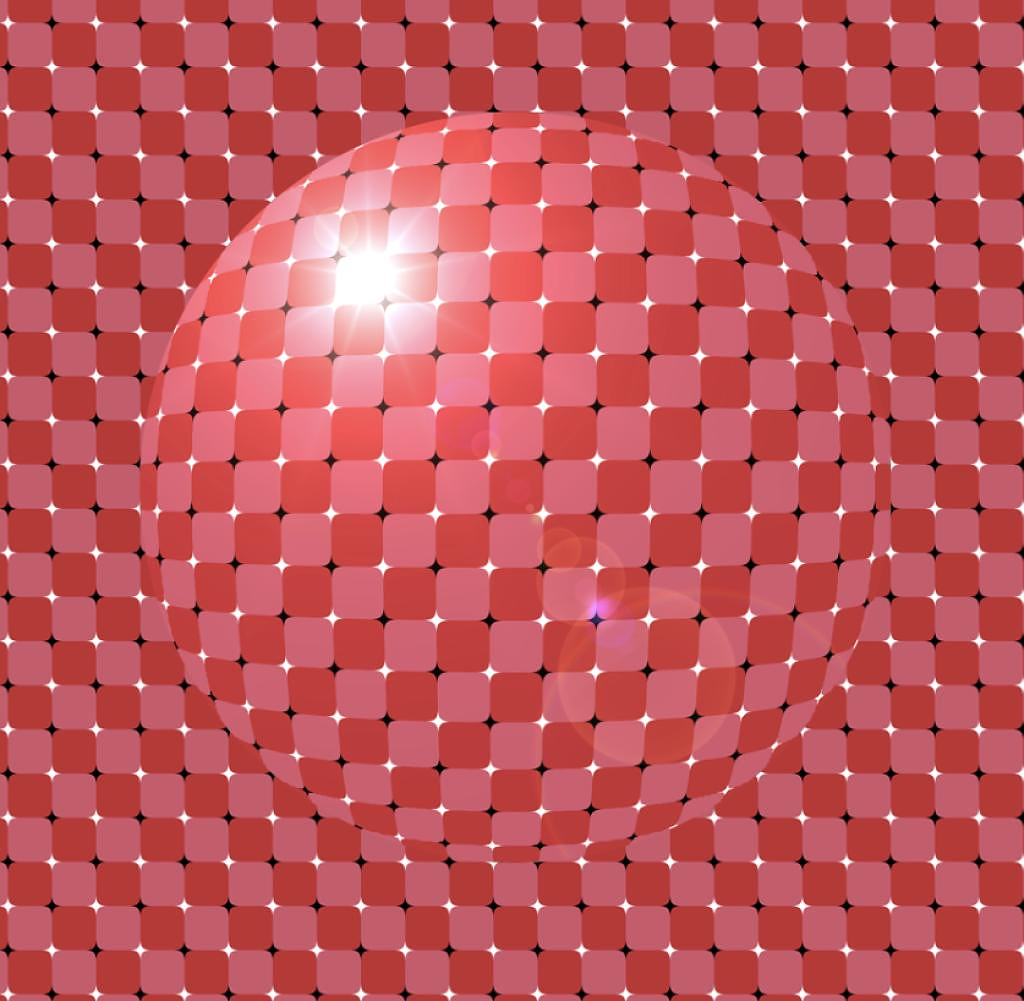 In 2015, a striped dress split the internet. People on social media couldn't agree on "The Dress": Is the garment gold and white or black and blue? The hashtags went in no time

This year, too, some illusions caused a stir on the internet. We've put together a few of our favorites for you.

is your brain ready Then the illusion starts now! But remember: nothing is what it seems.

At first glance, the garden decoration shown here seems a bit ... daring. But what looks like two futuristic greenhouses are actually two lamps.

Three months ago, this optical illusion went viral on the Reddit website. The picture apparently originally came from the Facebook Marketplace platform, as the caption suggests. “How big are these Facebook Marketplace lamps?!” asked user codeyqueen at the time. Thousands of other Reddit users probably had the same thought: the post has so far collected over 14,000 upvotes, the equivalent of likes on Facebook, so to speak.

Due to the forced perspective, the lamps seem to assume an oversized size and stand on the lawn. In fact, they are hanging from a cord in the foreground of the picture. "My brain hurts," commented one viewer. We hope not (yet) yours!

To experience this optical illusion, you must either shake your head from left to right or hold your screen farther away. Well, do you see it? Before we reveal the solution, be honest:

Does that count as a "rickroll"? The correct answer is 5, British pop star Rick Astley! For the uninitiated, a quick explanation: "Rickrolling" is an internet meme or prank used to lure an unsuspecting user into clicking on a nondescript video - which then turns out to be the music video for the song "Never Gonna Give You Up." . We hope you'll forgive our little joke!

zoom, zoom! In the video, one box after the other appears to be whizzing by in a circle. The animation actually "only" consists of several black lines. However, the interplay of the vertical lines drawn to the right and the pattern in the background creates the impression of the circling boxes.

Unlike number three, this optical illusion by Japanese psychologist Akiyoshi Kitaoka is not a video, but a statistical image. So why does it appear as if the "ball" in the center is spinning in the opposite direction to the background?

The solution is related to the pattern of the graphic. The different shades of red create color contrasts that are passed on to the brain at different speeds. This leads to downstream visual processing. The brain misinterprets the information supplied and the impression of a moving picture is created.

For some viewers, the movement may not appear very fluid, but rather slow and choppy. You can increase the effect by swiping your screen up and down.

If you still trust your eyes at this point, we unfortunately have to disappoint you again: No, this work of art by Reddit user Skarem80 does not first curve up and then sink back down in the middle. In reality the painting is flat. The circular lines and the color contrasts between the individual rows are responsible for the so-called “illusion of depth”.

The Neural Correlate Society has been honoring the best optical illusions of the year since 2005. Artists have until December to submit their illusions to the Best Illusion of the Year Contest. The jury then selects ten finalists and finally three winners.

In 2021, Brit Matt Pritchard won first prize. "The Phantom Queen" (in German: "The Phantom Queen") was his illusion. The structure initially seems quite simple: A chessboard with a few pawns stands in front of a mirror. Reflected in the mirror image, the viewer sees the placed pieces - as well as a mysterious white queen that does not appear to be positioned on the chessboard.

The trick is all about perspective. The queen is placed on the chessboard and a small sign in front of it. This has the same pattern as the game board. From a certain angle it then appears as if the shield is part of the chessboard. The lady is thus veiled for the viewer, but appears in the mirror image. Refined.

You can further trick your brain with these optical illusions:

This article was first published in September 2022.

‹ ›
Keywords:
Optische TäuschungSinnesreizeSinneSinneswahrnehmungenSinnesleistungenKmpktDscvrrpblOtrpblTwitterThe DresFacebook MarketplaceTäuschungSmartphone
Your comment has been forwarded to the administrator for approval.×
Warning! Will constitute a criminal offense, illegal, threatening, offensive, insulting and swearing, derogatory, defamatory, vulgar, pornographic, indecent, personality rights, damaging or similar nature in the nature of all kinds of financial content, legal, criminal and administrative responsibility for the content of the sender member / members are belong.
Related News