The chairwoman of the Marburger Bund medical association, Susanne Johna, is urging the federal states to act when the number of corona infections increases. 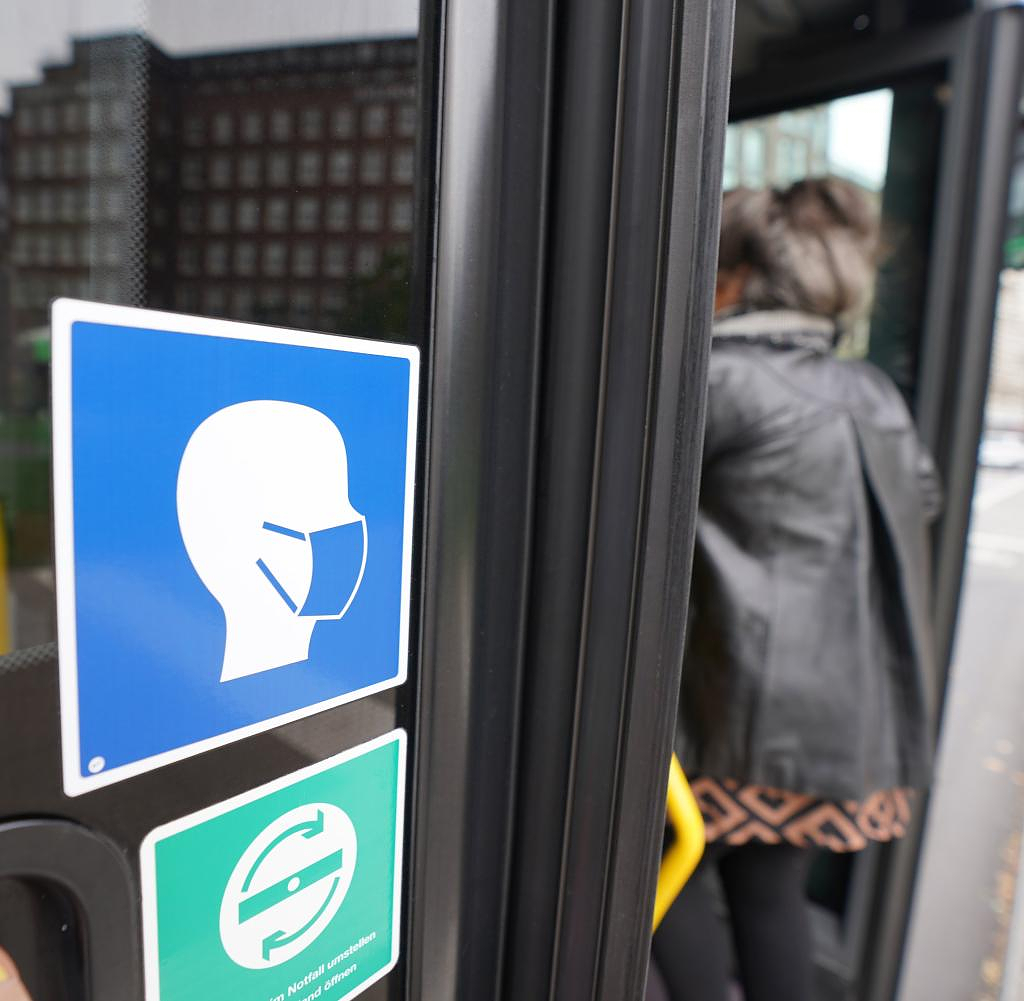 The chairwoman of the Marburger Bund medical association, Susanne Johna, is urging the federal states to act when the number of corona infections increases. "Wherever the incidences are now going through the roof, the countries have to react with an FFP2 mask requirement in public transport and in publicly accessible indoor areas," Johna told the newspapers of the Funke media group. The countries would have to “decide on the basis of reliable real-time monitoring how the infection process can be better contained in order not to overload the hospitals”.

The Bremen epidemiologist Hajo Zeeb also believes that stronger protective measures will soon be necessary. “We will need the recommendation or the obligation to wear masks again in a few weeks,” he told the editorial network Germany (RND). “We will soon need distancing rules for large events, in theaters and cinemas back.” Personal behavior must be geared more towards Corona again in winter. "We need a higher willingness to vaccinate and greater caution again."

It is good that Corona is no longer as dramatic in public as it was a year or two ago, since many people are vaccinated today. "But it is wrong that Corona has now almost completely disappeared from the public eye - that has to change quickly," said Zeeb.

The Bonn virologist Hendrik Streeck warned, however, “to believe that a mask requirement is now a panacea, that this will allow us to fight the number of infections better again”. That's probably not the case, he said in the program "RTL Direkt" on Wednesday evening.

In view of the rising corona numbers, more stringent measures are already being considered in the first federal states. On Wednesday, for example, considerations became known about reintroducing the obligation to wear masks in public buildings in Berlin. In Saarland, which recently had the highest seven-day incidence nationwide, the government initially made an appeal.

With a view to the situation in the hospitals, Marburger Bund chairwoman Johna said: “The staff is already walking on their gums again, I don’t like to imagine what the situation is like if the occupancy pressure is also due to many Covid 19 cases continues to increase or even an additional wave of influenza builds up.”

The occupancy of patients who tested positive for corona in the normal wards had increased by half compared to the previous week, and more Covid 19 patients were also seen in the intensive care units. All of this puts a strain on the staff, and the need for isolation also ties up time and bed capacities. "Many emergency rooms are already overloaded, and in some federal states the rescue control centers have difficulty finding free capacity for patients in ambulances," said Johna.

Streeck said that there is always extreme stress in the hospitals every autumn and winter. "It's just the wave of coughs and colds, it's the colds that come back." Of course, you have to listen carefully to the hospitals and see what can be done.

Most recently, the German Hospital Society had already spoken out in favor of stricter protective measures such as the obligation to wear masks indoors when the number of corona rose sharply. Federal Minister of Health Karl Lauterbach also called on the federal states on Wednesday to use the possibilities for corona measures in the amended Infection Protection Act, “in particular the obligation to wear masks indoors”.

The federal chairman of the German Association of General Practitioners, Markus Beier, called for an “adapted vaccination campaign” for the second corona booster vaccination. "The cold season has begun, the adapted vaccine is available in sufficient quantity: the vaccination rate should shoot up by now at the latest - but unfortunately it doesn't," said Beier to the RND.

The Standing Committee on Vaccination recommends a second booster vaccination for people aged 60 and over and groups with risk factors. According to data from the Robert Koch Institute, a good 28 percent of people over the age of 60 have had a second booster injected.

According to Tübingen doctor Lisa Federle, PCR tests should be used more to detect corona infections. She became known early in the pandemic through the so-called Tübingen model with mass rapid corona tests. Now Federle describes that rapid tests on her patients are often not reliable at the moment.

Many people even did several quick tests that were negative and still had obvious symptoms, she told the German Press Agency. If those affected then did a PCR test, the result is currently more positive than before, said Federle. "I would therefore wish that more PCR tests would be done again and that the reliability of these tests would be emphasized more," says the doctor.

From the point of view of Christine Falk, President of the German Society for Immunology, it is extremely important for rapid corona tests how the smear is taken. In principle, one should first swab in the throat and then in both nostrils, she explained on request. "Even if some rapid corona tests are not approved for swabs in the throat, there is nothing to prevent them from being used in this way from an immunological point of view," said Falk, who is also a member of the federal government's Corona Expert Council.

Falk emphasized that it is important for people to be aware of what a rapid corona test can and cannot do. A quick test does not show very well whether someone is currently infected. But he shows quite reliably when someone is infectious, Falk explained. "So if someone has a high viral load and could infect others with it."

Federle, on the other hand, fears that the rapid tests could give you a false sense of security, since many people are currently doing a rapid test and then visiting their grandmother, for example. It can be assumed that the corona vaccination, the swab technique and the modified virus variant would have an impact on the reliability of the rapid tests, said Federle.

However, not all rapid tests worked equally well. It is therefore important to find out about the quality of the tests, said Falk. There is an overview of this at the Paul Ehrlich Institute.

‹ ›
Keywords:
NewsteamCoronavirusKarl LauterbachÖPNV (Öffentlicher Personennahverkehr)InfektionsgeschehenSusanne JohnaCoronaMigration
Your comment has been forwarded to the administrator for approval.×
Warning! Will constitute a criminal offense, illegal, threatening, offensive, insulting and swearing, derogatory, defamatory, vulgar, pornographic, indecent, personality rights, damaging or similar nature in the nature of all kinds of financial content, legal, criminal and administrative responsibility for the content of the sender member / members are belong.
Related News