Doctors announce practice closures as a protest against Lauterbach's plans

The Association of Statutory Health Insurance Physicians (KV) specified its plans for a protest day against new regulations by the Federal Ministry of Health on Friday - the criticism is aimed directly at the responsible Minister Karl Lauterbach (SPD). 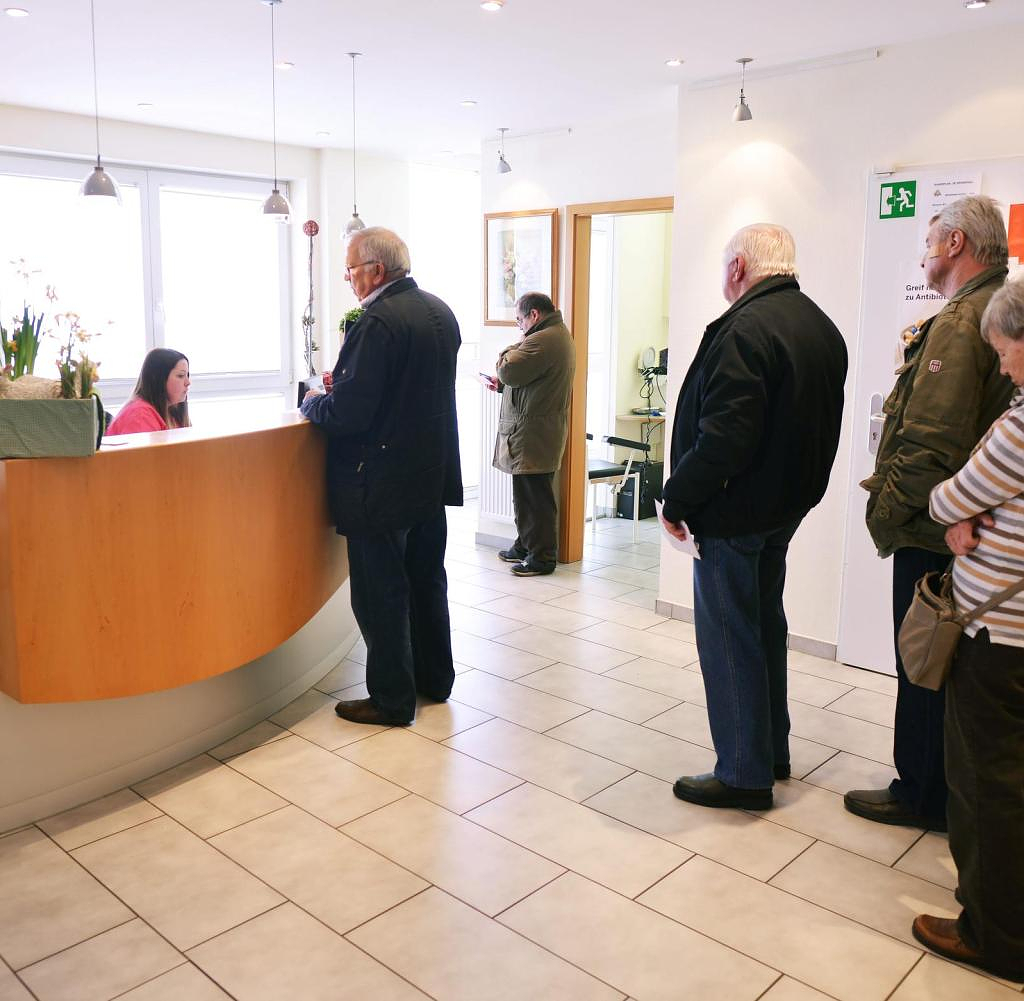 The Association of Statutory Health Insurance Physicians (KV) specified its plans for a protest day against new regulations by the Federal Ministry of Health on Friday - the criticism is aimed directly at the responsible Minister Karl Lauterbach (SPD). It is about the planned abolition of the new patient flat rate, which financially compensates doctors for the effort involved in admitting new patients. In addition to an information campaign under the motto "Lauterbach sucks out practices - and thus endangers your care", there should also be practice closures.

The residents want to warn of a massive deterioration in outpatient care. "There will inevitably be cuts in services, restrictions on the offer of consultation hours, longer waiting times for appointments and stops in the practices," said Dr. Björn Parey, deputy chairman of the representative assembly of KV Hamburg, with a view to Lauterbach's plans. Since doctors in private practice are not officially allowed to go on strike, they are now taking part in a “protest and training event” on Wednesday.

"If the waiting times for appointments with a specialist become longer in the future, this will mean that more of our patients with an urgent need for treatment will end up in the clinic - this is bad for them and makes the care more expensive," explained Dr. Silke Lüder, family doctor in Hamburg, the action. And John Afful, CEO of KV Hamburg, sees no alternative to the campaigns: "The Hamburg practices have achieved a lot: From the introduction of the new patient regulation in 2019 to the end of 2021, the care of new patients increased by 19 percent to a total of 6.1 million , alone in Hamburg. At the same time, a total of four percent more cases were treated in Hamburg practices.” The practices have ensured an expansion of treatment capacities, especially in the socially disadvantaged parts of the city. "The current political plans are jeopardizing what has already been achieved," said Afful.

For Wednesday, the KV wants to strengthen the medical on-call service for emergencies, it can be reached by calling 116117

‹ ›
Keywords:
LauterbachJörnLauterbachKarlÄrztePatientenHamburgHausarztmodellKarl LauterbachSPDMusik
Your comment has been forwarded to the administrator for approval.×
Warning! Will constitute a criminal offense, illegal, threatening, offensive, insulting and swearing, derogatory, defamatory, vulgar, pornographic, indecent, personality rights, damaging or similar nature in the nature of all kinds of financial content, legal, criminal and administrative responsibility for the content of the sender member / members are belong.
Related News