Dispute over mask requirement on government flight to Canada

Double standard or justified exception? During the trip to Canada by Chancellor Olaf Scholz (SPD) and Vice-Chancellor Robert Habeck (Greens), footage from on board the government aircraft caused criticism. 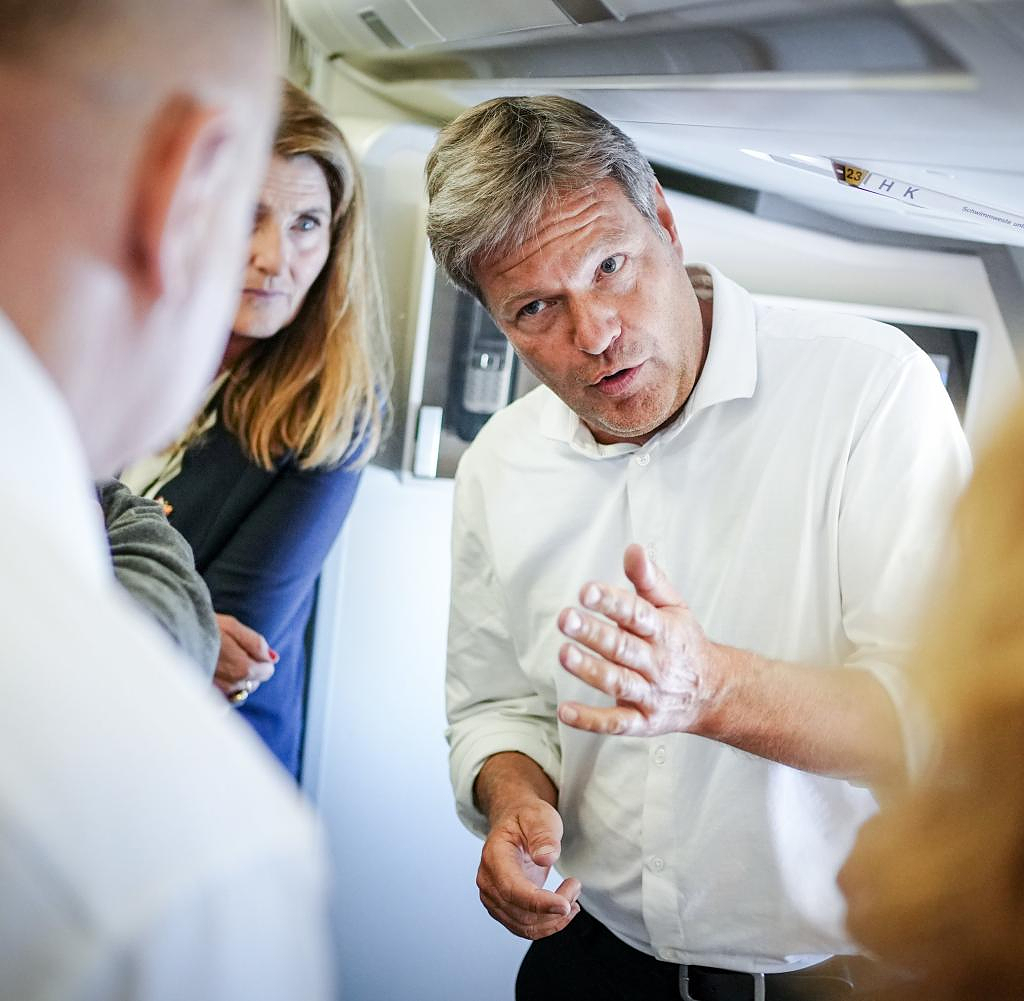 Double standard or justified exception? During the trip to Canada by Chancellor Olaf Scholz (SPD) and Vice-Chancellor Robert Habeck (Greens), footage from on board the government aircraft caused criticism. Habeck and numerous journalists can be seen without a mask.

According to the federal government, this does not violate the corona rules in air traffic. According to these, only those who wear an FFP2 mask or a medical mask during transport may use air transport. This is set out in paragraph 28b of the Infection Protection Act.

When asked by WELT, a government spokeswoman referred to one exception: “There is no mask requirement on Air Force flights. All participants of the trip must present a current negative PCR test before departure. This ensures a high level of protection.” The question of the legal basis for this exception could not initially be answered late Monday evening.

On Sunday, more than 80 passengers, including 25 media representatives, were on board the Air Force Airbus A340 on the flight from Berlin to Montreal, Canada. Photos and an ARD video show Economics Minister Habeck and journalists close together without mouth and nose protection. The prerequisite for traveling with you was a negative PCR test, which was no more than 24 hours old at the time of departure.

Ex-CDU leader Armin Laschet wrote on Twitter on Monday that journalists and members of the government were "ignoring (nonsensical, but applicable) laws". In October 2020, when he was Prime Minister of North Rhine-Westphalia at the time, he was criticized for a photo that showed him on a plane without a mask. A spokesman said at the time that Laschet only took off the mask for a brief moment to eat and drink in accordance with AHA rules and the airline's specifications.

The accompanying deputy editor-in-chief of the portal “The Pioneer”, Gordon Repinski, wrote on Twitter that he considered the risk of infection on a flight before which all occupants had been PCR tested to be minimal. "Does it still look stupid when such pictures become public? Total. It's one more example of how a patchwork quilt of rules only destroys trust.”

Lufthansa also spoke up in a Twitter thread: "A negative PCR test does not exempt you from wearing a mask," said the airline's account, in which the federal government has been involved since the corona pandemic. And the former Berlin AfD parliamentary group leader Georg Pazderski criticized on Twitter: "Why do all passengers flying from, to and in Germany actually have to wear a mask, but Marie-Antoinette Habeck doesn't?"

For airplanes - as well as for long-distance trains - after the end of many other corona rules, a nationwide mask requirement for passengers and staff continues to apply. Children under the age of six are exempt from the obligation. You can only take off the mask when eating and drinking.

‹ ›
Keywords:
NewsteamScholzOlafHabeckRobertCoronaRegelnLuftfahrt
Your comment has been forwarded to the administrator for approval.×
Warning! Will constitute a criminal offense, illegal, threatening, offensive, insulting and swearing, derogatory, defamatory, vulgar, pornographic, indecent, personality rights, damaging or similar nature in the nature of all kinds of financial content, legal, criminal and administrative responsibility for the content of the sender member / members are belong.
Related News