It may have been a thoughtless gesture, but the scene outraged some viewers. 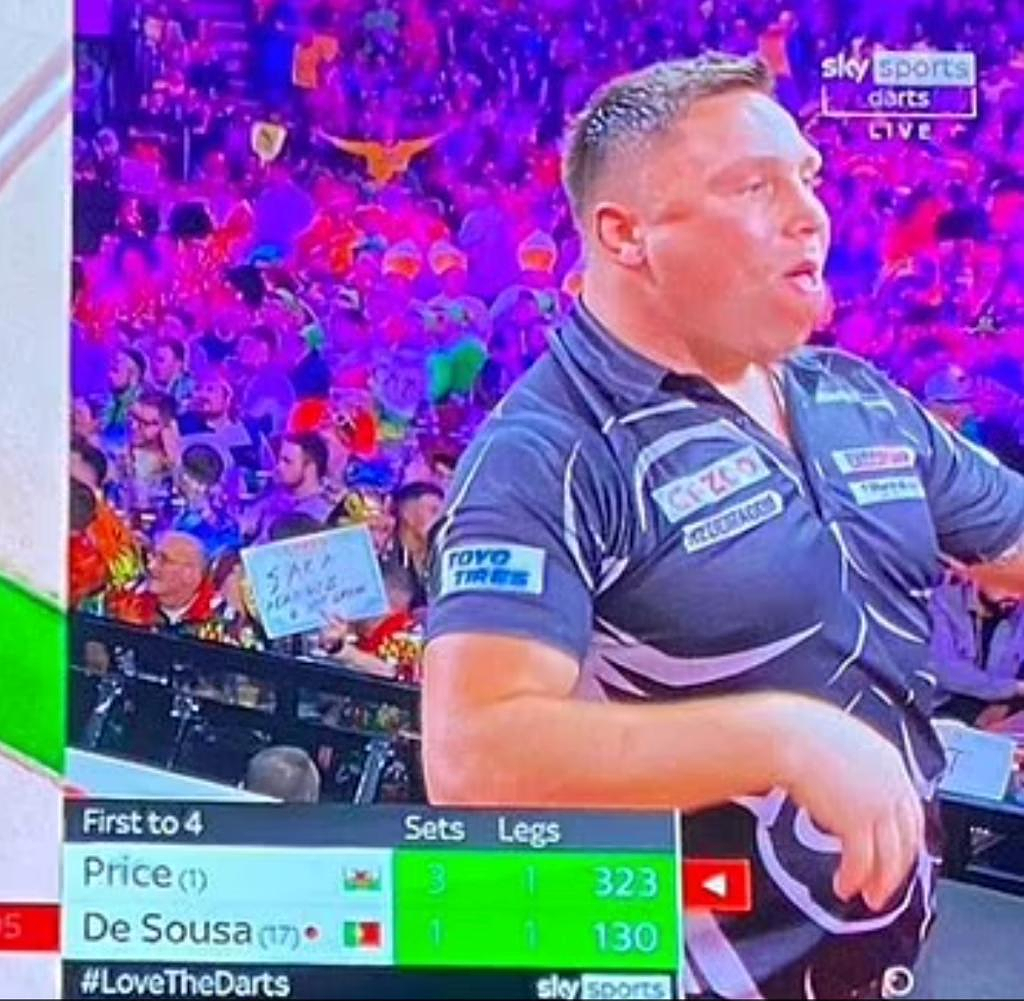 It may have been a thoughtless gesture, but the scene outraged some viewers. Gerwyn Price played against José de Sousa in his round of 16 at the Darts World Championship on Thursday evening and was already leading 3-1 sets. It was a one-sided game, but the number one wanted to live up to its own standards. And that's how the "Iceman" reacted with a score of 1:1 in the fourth set to a 180 he just missed. When the third dart didn't land in the triple field, he pushed his tongue against his lower lip and imitated a spasm with his hands.

A short movement, obviously expressing his dissatisfaction with the throw, and not much longer than a second. But the furor in the social networks was great. So big that the broadcasting pay-TV broadcaster Sky felt compelled to apologize to its viewers during the broadcast.

The indictment on Twitter and Facebook had already grown excessively at the time. Price made fun of disabled people. He denigrated people with disabilities and was a bad character anyway. Such gaffes are unacceptable. The father of two had not fulfilled his responsibilities. And so on. Not to mention the hatred that focused on the polarizing Welshman after the incident broke.

The day after the shitstorm, the organizing Professional Darts Corporation (PDC) responded with a statement. Price was reminded by the organization to uphold the standards expected of a professional athlete. She also delivered an apology from the 37-year-old. "He has stressed to us that the situation was a spontaneous gesture and he did not intend to cause offense. He is upset that anyone might see it differently and would like to sincerely apologize for the harm he has caused.”

For Price, who has not yet commented personally on the matter, the anger comes at an inopportune time. After beating de Sousa 4-1 on Thursday, he has to wait three long days before he can make sporting headlines again. The round of the last eight is not until New Year's Day at Alexandra Palace. Price then meets Gabriel Clemens, the first German quarter-finalist in World Cup history.

‹ ›
Keywords:
PriceGerwynDartsProfessional Darts Corporation (PDC)
Your comment has been forwarded to the administrator for approval.×
Warning! Will constitute a criminal offense, illegal, threatening, offensive, insulting and swearing, derogatory, defamatory, vulgar, pornographic, indecent, personality rights, damaging or similar nature in the nature of all kinds of financial content, legal, criminal and administrative responsibility for the content of the sender member / members are belong.
Related News