Diputacion brings flamenco from the top to 11 Almeria towns

The Diputacion de Almeria launched this weekend the Provincial Circuit of Flamenco. 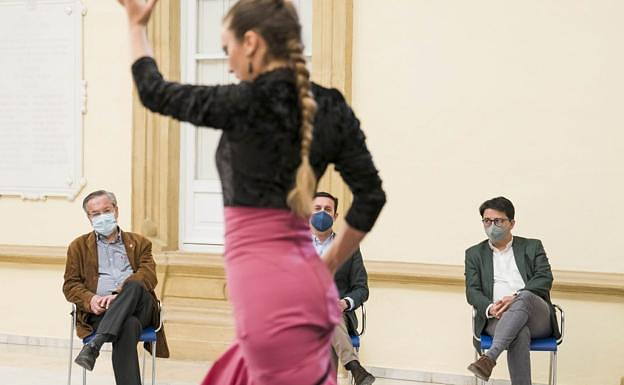 The Diputacion de Almeria launched this weekend the Provincial Circuit of Flamenco. It will be held in 11 municipalities across Almeria from June 4th to August 15. Manuel Guzman (deputy for Culture and Cinema) announced the dates and which municipalities will host the program with the greatest acceptance and roots.

This Circuit was created to promote flamenco art and to enhance the cultural offerings of smaller municipalities that have less than 10,000 residents.

The Flamenco Circuit is the point of departure for over 500 activities scheduled in Almeria throughout the summer, according to the deputy for Culture and Cinema. He said that this Circuit demonstrates the Almeria's commitment to cultural creators.

Guzman stated that flamenco is part of Almeria's cultural heritage. We will be able enjoy the music of some of the most talented flamenco performers that Almeria has produced. The deputy offered Almeria residents a "magnificent chance to continue making culture an integral element of job creation and wealth creation in our province."

‹ ›
Keywords:
DiputacionAcercaPueblosAlmeriaMejorFlamenco
Your comment has been forwarded to the administrator for approval.×
Warning! Will constitute a criminal offense, illegal, threatening, offensive, insulting and swearing, derogatory, defamatory, vulgar, pornographic, indecent, personality rights, damaging or similar nature in the nature of all kinds of financial content, legal, criminal and administrative responsibility for the content of the sender member / members are belong.
Related News