Dinah's suicide: the family files a complaint with civil action

"Dinah Gonthier's family and her counsel do not conceive that we can close an unfinished investigation without further action," said the family's lawyer, Me Laure Boutron-Marmion, in a press release published on purpose Thursday, at the occasion of the national day against bullying. 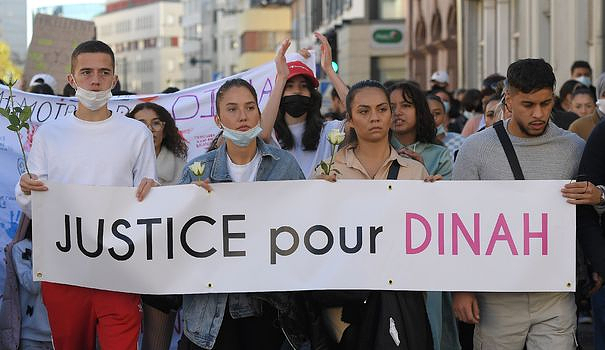 "Dinah Gonthier's family and her counsel do not conceive that we can close an unfinished investigation without further action," said the family's lawyer, Me Laure Boutron-Marmion, in a press release published on purpose Thursday, at the occasion of the national day against bullying.

"Indeed, and in addition to the numerous pieces of evidence already revealed by the investigation carried out so far, the prosecution did not consider it useful to carry out the elementary investigations detailed by Me Laure Boutron-Marmion in a request for additional acts. transmitted on September 28, 2022,” the statement continued.

After a first suicide attempt in March 2021, Dinah, educated in second in Mulhouse, was found hanged at the family home in Kingersheim on the night of October 4 to 5, 2021.

Her family had filed a complaint the following month for "harassment", "manslaughter" and "incitement to suicide", for facts which took place when Dinah was in 4th and 3rd. She accused the college of not reacting to the situation.

But on September 30, the public prosecutor of Mulhouse Edwige Roux-Morizot announced that this complaint had been dismissed, explaining that "for the prosecution, Dinah's death is not the result of school harassment" and cleared the educational team.

The magistrate had agreed "a little heated exchanges" with former friends, "which made Dinah very unhappy". "But no objective element emerges that can be qualified as harassment," she insisted.

Completed in April and presented to the family in May, the investigation, "objective, exhaustive, impartial and very complete" according to Ms. Roux-Morizot, with a total of a hundred people heard, made it possible to draw a fairly precise portrait of Dinah , "brilliant young girl, absolutely not isolated" but also with a dark side, "a complex personality, with a psychic imbalance".

"She had such a thirst for recognition that it was never enough, she was always unsatisfied," noted the magistrate.

However, Dinah's family regrets that the exploitation of the young girl's telephone was "not carried out over the entire period of the 3rd class, a period during which Dinah nevertheless suffered the acts of harassment precisely denounced in the complaint of his family", resumes the press release Me Boutron-Marmion.

"None of the students' conversations on social networks were exploited by the investigators despite requests from the family to do so," she adds.

The lawyer therefore announces the filing of a complaint with civil action with an investigating judge of the Mulhouse judicial court, for "moral harassment" and complicity, "provocation to suicide, failure to provide assistance and manslaughter ".