Post a Comment Print Share on Facebook
Famagusta
DOLLAR 18,80
EURO 20,48
GOLD 1.167,70
BIST 5.231,02
"Young people make rules for themselves that they would not have...
New Year's Eve, the media and "inconvenient truths"
“I will still do something to this woman”
Cruise tourism takes Barcelona back
New Year's Eve, the media and "inconvenient truths"
The "lateral thinker" that we loved - he lives
“It is important to win over these Muslims as loyal citizens”
The true superpower of the Christian message
"The Russians in Switzerland know: Putin is finished"
The secret of the many Amazon "No. 1 bestseller”

The German Football League and Managing Director Donata Hopfen end their collaboration at the end of the year. 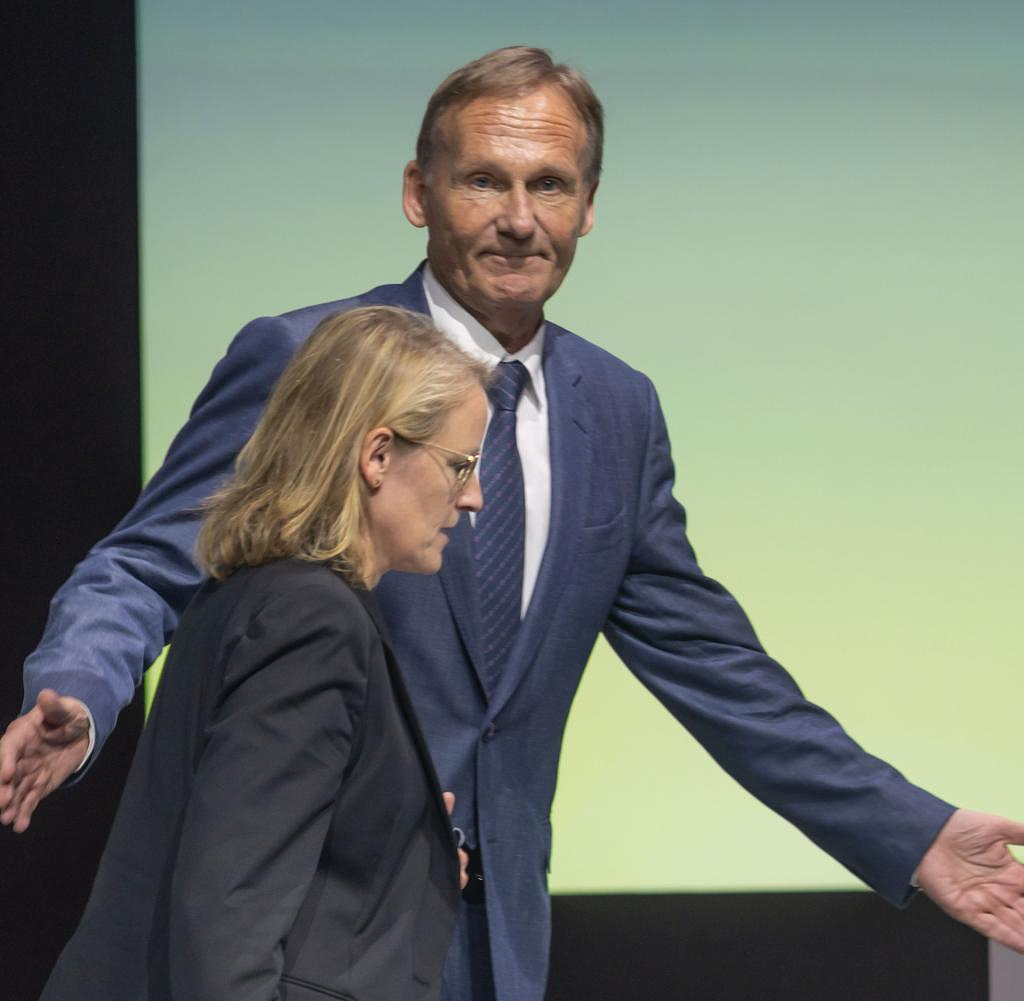 The German Football League and Managing Director Donata Hopfen end their collaboration at the end of the year. The supervisory board and the 46-year-old had agreed on this, the DFL announced on Wednesday. The reason for the separation are different ideas about the further strategic direction of the company, it said. Hopfen had only assumed the chairmanship of the committee at the beginning of the year, succeeding Christian Seifert.

According to information from the German Press Agency, Axel Hellmann from Eintracht Frankfurt and Oliver Leki from SC Freiburg are to take over the DFL management as a double head on an interim basis. For the new season, the management is to be redistributed again.

"I'm grateful for the time and the work with the clubs and my team," Hopfen was quoted as saying in a DFL statement. “It was an intense time, I got to know and appreciate a lot of great people. I leave knowing I've started the right things."

Hopfen came to the DFL as a lateral entrant and was originally given a three-year contract until the end of 2024. Previously, the "Media Woman of the Year" 2014 worked for the management consultancy Accenture, then for 14 years for the Axel-Springer-Verlag and finally for the consulting firm BCG Digital Ventures.

According to consistent reports, hops have lost the trust of the supervisory board in the past few weeks. The committee is chaired by Borussia Dortmund's managing director Hans-Joachim Watzke, who also plays a key role in the personnel discussion in the German Football Association.

Hopfen was criticized, among other things, because of the problems with the sale of international media rights. The DFL boss is said not to have convinced her critics on other important issues such as the 50 1 rule or digitization. The 50 1 rule only applies to German professional football and is intended to ensure that the registered parent club retains decision-making power even if it has spun off its professional football department into a corporation. It limits the influence of external investors. The Cartel Office criticizes exceptions for some clubs and expects clarification from the DFL.

‹ ›
Keywords:
HopfenDonataDFL (Deutsche Fußball Liga)WatzkeHansJoachim
Your comment has been forwarded to the administrator for approval.×
Warning! Will constitute a criminal offense, illegal, threatening, offensive, insulting and swearing, derogatory, defamatory, vulgar, pornographic, indecent, personality rights, damaging or similar nature in the nature of all kinds of financial content, legal, criminal and administrative responsibility for the content of the sender member / members are belong.
Related News