Jesus Estrella, acting government delegate, visited yesterday morning the work that the Ministry of Development and Territory Planning of the Junta de Andalucia has been doing on the A-6177 road which connects the Sanctuary of Our Lady of the Head and the city of Andujar. 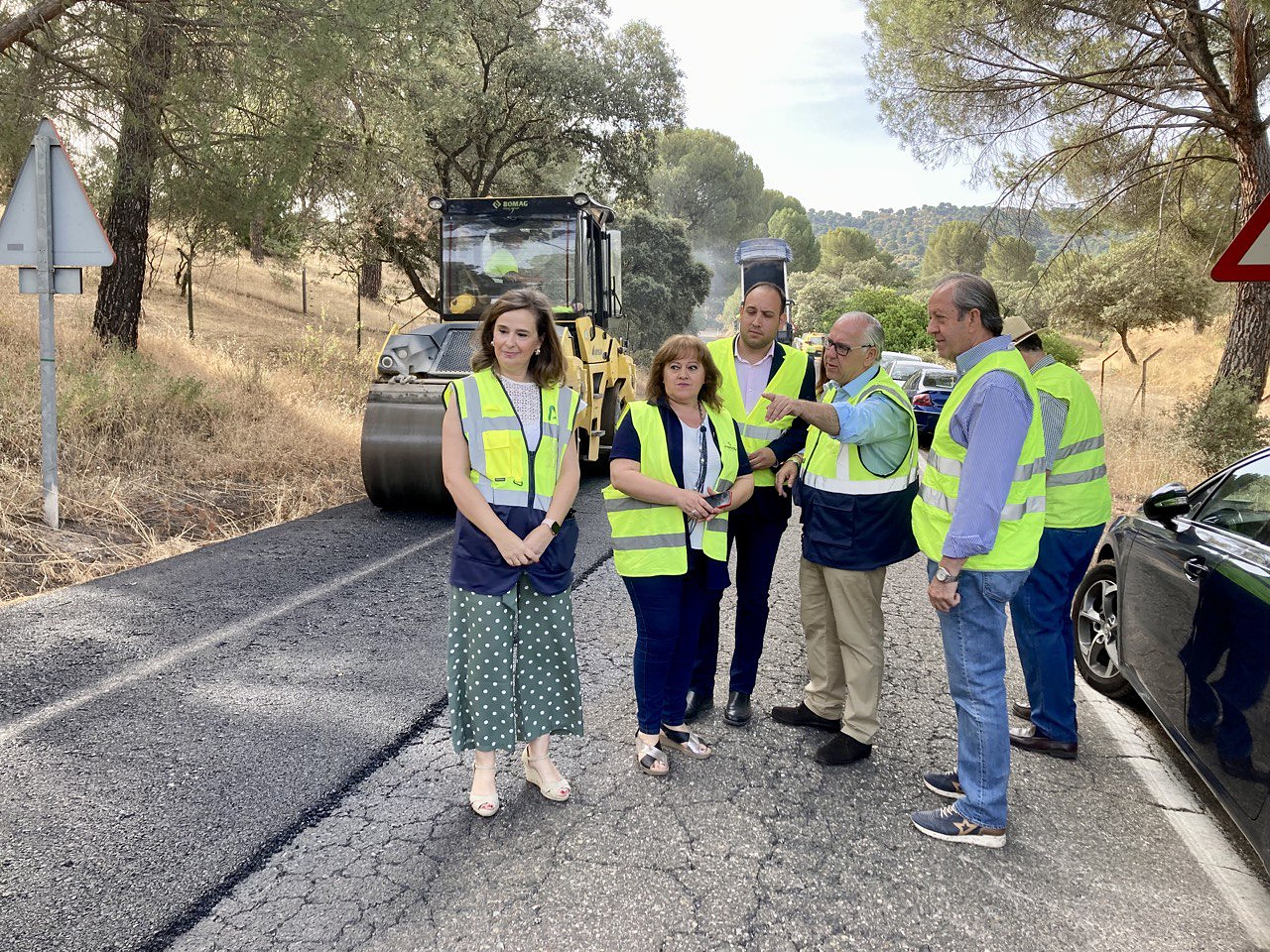 Jesus Estrella, acting government delegate, visited yesterday morning the work that the Ministry of Development and Territory Planning of the Junta de Andalucia has been doing on the A-6177 road which connects the Sanctuary of Our Lady of the Head and the city of Andujar.

The works include strengthening the pavement between the kilometer points 19,250 and 20,600. This is done within the general interest. Residents and visitors will be introduced to some of the most iconic and noteworthy points of the Sierra de Andujar national park, including the Minor Basilica, Royal Sanctuary of Our Lady of the Head and the Encinarejo reservoir, as well as the Lugar Nuevo estate.

Estrella was accompanied by Illiturgical Municipal Corporation members. He stated that the road is "essential" for the Andujar area because of its strategic location.

The Government delegate to the Board in office, responsible for the Development area of the province during this mandate, listed actions taken on the A-6177. "This is the third action we perform to strengthen the pavement. It joins the clearing work to improve road safety and the placing of bionda to make motorists feel safer. These actions are combined with the restoration and maintenance of the bridge crossing the river Jandula amount to approximately 1.5 million euros. This section is vital to the structure of Jaen's territory as it supports between 1,200 and 1,500 vehicles daily. About 10% of those vehicles are heavy vehicles. This last action involves resurfacing a section of one kilometer and a quarter. "We are aware that there is still much to be done on this road.

The Junta de Andalucia spent nearly 3.5million in the last three years to repair and maintain roads running through Andujar.

‹ ›
Keywords:
FomentoEjecutaTercerReasfaltadoCarreteraVirgen
Your comment has been forwarded to the administrator for approval.×
Warning! Will constitute a criminal offense, illegal, threatening, offensive, insulting and swearing, derogatory, defamatory, vulgar, pornographic, indecent, personality rights, damaging or similar nature in the nature of all kinds of financial content, legal, criminal and administrative responsibility for the content of the sender member / members are belong.
Related News