Deux-Sèvres: opponents of "basins" expected in number, despite the ban

The collective "Bassines Non Merci", which brings together environmental associations, trade unions and anti-capitalist groups opposed to this "grabbing of water" intended for "agro-industry", announced the presence of 10,000 people. 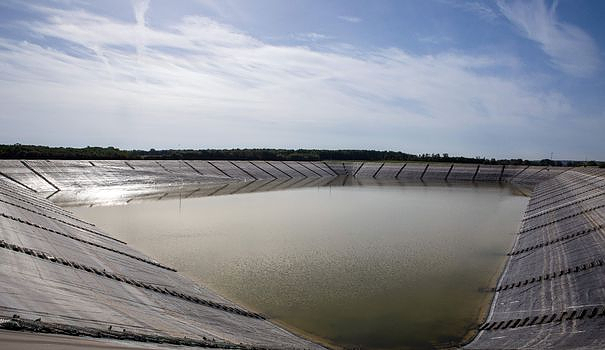 The collective "Bassines Non Merci", which brings together environmental associations, trade unions and anti-capitalist groups opposed to this "grabbing of water" intended for "agro-industry", announced the presence of 10,000 people.

The prefect of Deux-Sèvres Emmanuelle Dubée spoke on Friday of around "5,000" demonstrators expected from 10:00 a.m. in this village of around 350 inhabitants, which has become the new epicenter of a conflict over the use of this resource which decreasing with global warming.

Earlier this week, she banned "any demonstration and crowd" around Sainte-Soline. The goal is to "limit" possible "acts of violence" and "make the whole site safer for farmers", she justified on Friday.

Clashes between gendarmes and demonstrators had marked the last rally of this type in March and damage to agricultural facilities had also been recorded.

The decree concerns nine other municipalities as well as those of Mauzé-sur-le Mignon, where a first reserve has already been built, and Val-du-Mignon.

To this was added Wednesday a ban on driving and parking for people from outside and the deployment of 1,500 gendarmes on site, according to Ms. Dubée.

Opponents of the water reserves, who have planned events on site all weekend, filed an interim order against these decrees which was rejected on Friday by the administrative court of Poitiers.

The participants incur a fine of 135 euros, the court recalled.

About 200 elected officials, lawyers or professors denounced a breach of "the fundamental freedom to demonstrate" in a column published Thursday evening by Liberation. Among the signatories, elected rebellious or environmentalists like Mathilde Panot, Clémentine Autain, Alexis Corbière or Yannick Jadot, announced on the scene on Saturday.

The Sainte-Soline reserve is the second of 16 replacement reserves, at the heart of a project drawn up by a group of 400 farmers united in the Coop de l'eau, to "reduce water withdrawals by 70%", in this region which still experiences irrigation restrictions after an extraordinary summer drought.

These open-air craters, covered with a plastic sheet, are filled by pumping water from surface groundwater in winter and can store up to 650,000 m3 (i.e. 260 Olympic swimming pools). This water is used for irrigation in the summer, when rainfall is less.

Opponents denounce "megabasins" reserved for large export-oriented cereal farms and defend the implementation of other measures to better share and preserve water - agroecology, change of crops, return of grasslands...

Denis Mousseau, president of the FNSEA 79 which defends this storage project, reminded AFP on Thursday of the "strong concern" of local farmers in the face of the call from organizations for "civil disobedience".

"To avoid any rise in power of this kind of thing, we call for the greatest vigilance and serenity," he added.

The organizers of the rally have settled since Tuesday in a camp set up on the field loaned by a peasant, near the site.