In the hall of the Folies Bergère in Paris, a unique evening of "Flying Bach" was held this week, a show which has triumphed for 12 years all over the world and which landed for the first time in France. 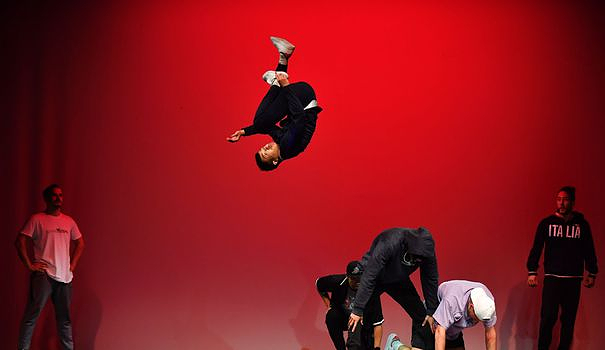 In the hall of the Folies Bergère in Paris, a unique evening of "Flying Bach" was held this week, a show which has triumphed for 12 years all over the world and which landed for the first time in France.

Since its launch by the Berlin company "Flying Steps" in 2010, the show, which combines breaking choreography with music by Bach, has been seen by more than half a million spectators in dozens of countries.

With the debut of breaking at the Olympics in 2024, a debate that has lasted since the birth of this dance in the ghettos of the Bronx in the 1970s is resurfacing.

"People used to tell us all the time, what you do is sport, it's not dance," Vartan Bassil, founder and artistic director of "Flying Steps" told AFP. the academy of the same name which today welcomes 1,000 students.

With the Olympics, "everyone is again talking about breakers as athletes (...) but we must not forget that they are dancers", he adds, specifying the show had precisely been designed "to show that it's an art form."

On stage, during rehearsals, they follow scenes, some with a dancer on pointe, punctuating their "headspin" (rotation on the head), "handstand" (reversed support on one arm) and other movements with the preludes and fugues of Bach.

The story revolves around the rivalry between seven breakeurs, led by a demanding coach and disturbed by the arrival of a ballerina.

"With this show, we had the opportunity to show the art of breaking to different audiences and not only to the world of hip-hop", affirms the "Bboy" (break dancer) Benny Kimoto, who, with his "crew" of "Flying Steps", four times world champion and in the past holder of a Guinness record for the "headspin".

He does not share the apprehension that the hip-hop community may have had, or may still have, regarding the entry of breaking into the Olympics.

"I think it's a good thing because more people will get to see breaking and treat it with the respect it deserves and has been fighting for for years," he said.

He sees himself as both an athlete and an artist. "What we do is at the limit of physical possibilities, but we are also dancers on stage who tell stories", specifies the breaker.

Some dancers from the troupe who do not participate in the show are currently dedicated to training for the Olympics and the choreographer of the show, Michael Rosemann, known as Mikel, has been selected to become the coach of the Berlin team. This one which will participate in competitions with other German cities, in order to form the national team in the long term.

"Going to the Olympics and representing your country is the best!" he said.

According to him, breaking as an art and as a sport can coexist, stressing that this dance was very open and "can be mixed with other forms of art".

"In Germany, at the very beginning, we were told that we couldn't dance to Bach's music because it was untouchable...and some say that the Olympics are a betrayal...but you always have to do the first step to convince people," assures Mikel.