The bright tail of the powder rockets flashed over the concrete of the race track, smoke rose. 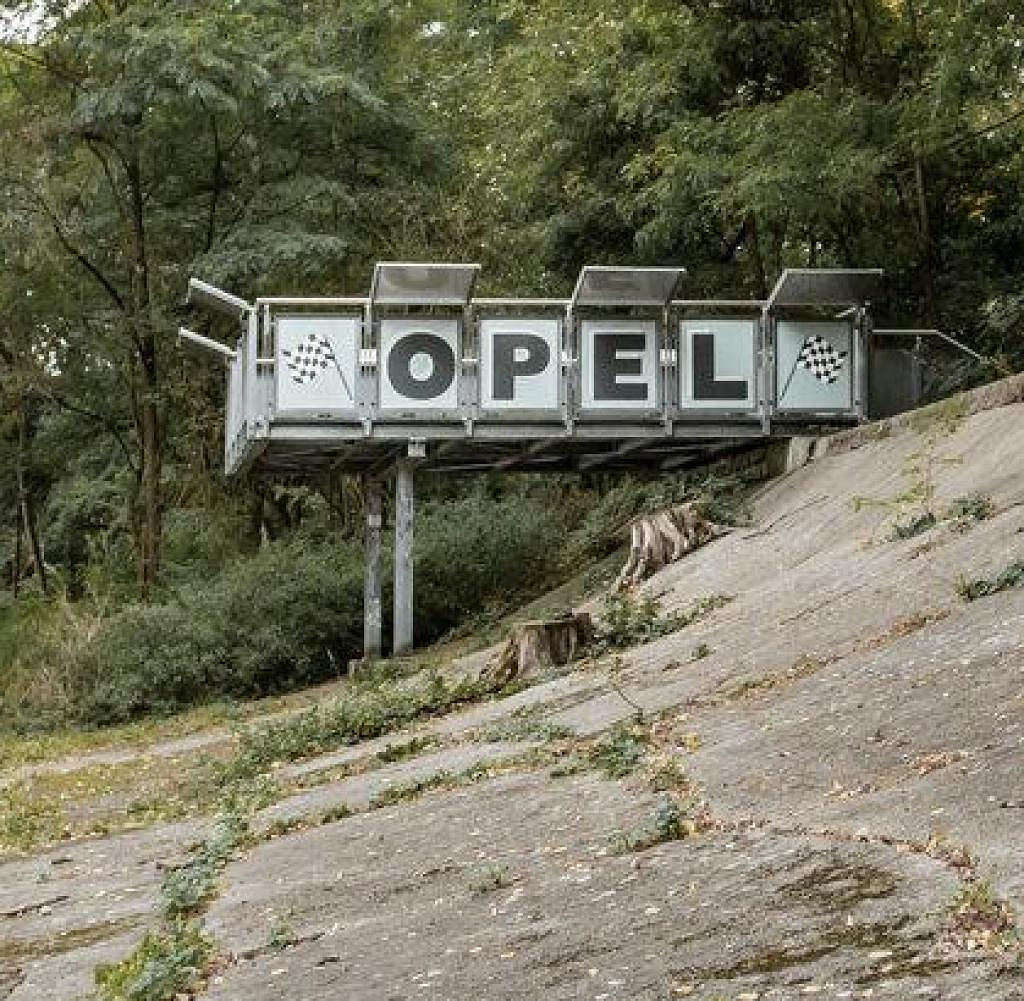 The bright tail of the powder rockets flashed over the concrete of the race track, smoke rose. The car accelerated to 100 km/h in eight seconds, which was a sensation at the time. Fritz von Opel, grandson of company founder Adam Opel, had warned racing driver Kurt Volkhart about the north curve, which allowed a maximum of 125 km/h.

But the speedometer in the Opel RAK I, the world's first rocket car, exceeded 125 kilometers per hour (km/h) when Volkhart crashed into the cliff. The spectators went wild. The pilot steered the vehicle along the sloping wall and roared to the finish unscathed.

Rocket technology had proven itself on April 11, 1928. The Opel plant management had already announced in a visionary way that the drive was "a preliminary stage on the way to the rocket plane and later to the space ship".

The scene of this spectacle was the Opel racetrack, Germany's first car racing arena. Now an abandoned place, so weathered and reclaimed by vegetation that it takes a lot of imagination to imagine the hustle and bustle of yesteryear. It is not the only one of these abandoned and forgotten places in the region around Frankfurt am Main, where a lot of traffic and technology history was written.

It is strangely quiet today where the rockets in the Opel RAK I ignited amid thunder and noise. A cuckoo calls, birds chirp. Hard to imagine that up to 50,000 spectators cheered the motorsport pioneers here.

In the beginning, fans were even allowed to stand at the curb at the top of the road, where there wasn't even a fence, and the automobiles whizzed right past them. Before and after the races, there was a folk festival atmosphere between flags, sales booths and open-air concerts by the Opel band.

Before the circuit was built, there had been complaints of noise and dangerous speeding because Opel allowed its test drives of new models to be conducted on inner-city streets without special safety precautions. Opel responded with the oval, 1.5-kilometer-long concrete track at the edge of the forest, almost three kilometers south of Opel's main plant in Rüsselsheim. From then on, the arena was used as a test track on weekdays and as a race track on weekends.

However, because the global economic crisis set in and General Motors took over the Opel company in 1931, there was no longer any room for experimentation. In addition, faster races were possible on competing facilities such as the Berlin Avus and the Nürburgring.

From the middle of the last century, the Opel-Oval near Rüsselsheim was hardly used anymore, became a ruin and was gradually overgrown by trees, bushes, moss and grass. A reconstruction of the facility is considered impossible, if only because the site is now part of a water protection area. The tourist development is poor. Only part of the north curve was uncovered and a viewing platform installed.

When the Opel racetrack began to be deserted after the Second World War, things got very turbulent 18 kilometers further east in the area of ​​the former Rhein-Main Air Base near the “new” Frankfurt Airport, which opened in 1936. The “raisin bombers” took off without interruption to supply the local population during the West Berlin blockade in 1948/49.

Today, the Airlift Memorial on the eastern edge of Frankfurt Airport commemorates the relief flights. It takes the form of an arch with three struts, symbolizing the air corridors established from the three western zones of occupation.

Flanking the memorial are two typical candy bombers, a Douglas C-47 and a Douglas C-54. At Christmas 1948, the pilots in “Operation Santa Claus” sent gifts to West Berlin. It wasn't just supposed to be chocolate that fell from the sky, but hope.

Curious historical vehicles can also be discovered on the water in the Rhine-Main region. A reconstructed ship mill is anchored in the Rhine near Ginsheim near Mainz. In the 19th century, at times more than 20 of this mixture of ship and watermill went about their work.

The advantage of building a mill on the water instead of on it was the longer operating time. It was still driven in the river when a conventional water mill had to stop due to drought and low water.

But industrialization and increasing traffic on water brought the ship mills under pressure. One caught fire, another overturned when a high-waving steamer passed. The last Ginsheim ship mill ceased operations in 1928 and was destroyed in World War II.

The "boat biotope" is similarly unknown and amazes most Frankfurt tourists. The green wreck lies hidden in a disused and rather overgrown lock basin in Niederrad, west of the city centre. The lower part of the white hull is still clearly visible. But above it grows and sprout, and the green vegetation covers everything.

The boat called “Möve” used to be a ferry in Düsseldorf. At its new location, it was given the name "MS Heimliche Liebe" and a lush green roof with plants, on which wrens, flycatchers, tits, bats and many other animals cavort.

The project description states that the ship and its crew are trying to "discreetly and unobtrusively grow together with the surrounding biotope". That could also be the motto for the Opel racetrack.

Opel racetrack: If you want to walk a bit on the non-exposed part of the racetrack, you should wear sturdy shoes. Arriving by car via the A 60, exit Rüsselsheim-Mitte, change there to the L 3012 in the direction of Trebur, after 300 meters turn left into a forest path and drive to the car park at the end of the forest (no parking along the forest path). Walk 200 meters back from the parking lot and turn left to the viewing platform. Alternatively, from the Rüsselsheim train station, take the 11 bus in the direction of "Im Hasengrund" to Stahlstraße, then a 30-minute walk.

Airlift Monument: Fenced area, free admission, open daily from October to April from 8 a.m. to 5 p.m., from May to September from 7 a.m. to 8 p.m. Next door you can watch planes landing on a viewing platform. Arriving by car: at the A5 exit Zeppelinheim, switch to the L 3262 and turn left to the “Viewing Platform” car park. From there a ten minute walk. Alternatively, from Frankfurt main station, take the S 7 in the direction of Riedstadt-Goddelau to Zeppelinheim, then a 15-minute walk.

Schiffsmühle Ginsheim: Arriving by car via the A 60, take the Ginsheim-Gustavsburg exit in the direction of Ginsheim, turn right at the traffic lights at the entrance to the town and then go straight on to the banks of the Rhine. By public transport from Mainz main station, bus 60 in the direction of Ginsheim to Bouguenais-Allee, from there it is a 15-minute walk to the banks of the Rhine (schiffsmuehle-ginsheim.de).

Boat biotope: The boat is in a disused lock on the site of the light and air bath, a peninsula for local recreation with a café. Fenced area, free entry, open daily from 9 a.m., closing times vary (lilu-frankfurt.de). Arriving by car via the A 5, exit Frankfurt-Niederrad, continue on Niederräder Uferstrasse to the Licht- und Luftbad. Alternatively, from Hauptbahnhof-Frankfurt/Münchener Straße, take the 12 tram in the direction of Rheinlandstraße to Heinrich-Hoffmann-Straße, then a ten-minute walk.

The photos were taken with the support of VG Bild-Kunst as part of "Neustart Kultur". You can find our standards of transparency and journalistic independence at axelspringer.de/independence.