Departure of Anthony Fauci: the balance sheet of Mr. Covid-19 from the White House in three points

"America is stronger, more resilient and healthier because of him. 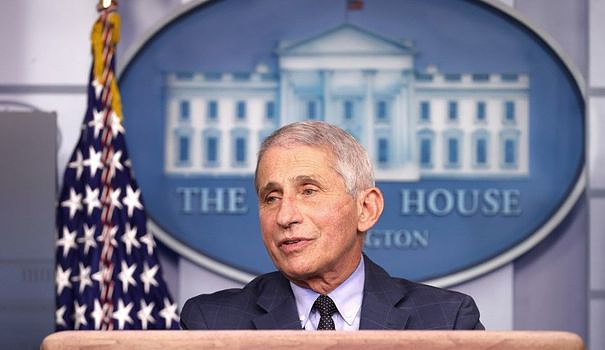 "America is stronger, more resilient and healthier because of him." The sentence, as a balance sheet, coming as a bonus from the American president, alone reveals the influence of Anthony Fauci in recent years on the health policy of his country.

At 81, he will leave his post as special adviser in charge of Covid-19 in December as well as his responsibilities as director of the National Institute of Infectious Diseases (NIAID), which he has held for 38 years. The recognized doctor has gone through the epidemic crises that have marked the last sixty years.

Anthony Fauci has served under seven different US presidents, starting with Ronald Reagan in the 1980s to Joe Biden. Within the NIAID, he was confronted with many crises: AIDS epidemic, Ebola, Zika ... "It has been the honor of my life to lead" this institute, he confessed. Recognized for his relentless fight against AIDS, he was especially highlighted during the Covid pandemic.

"There are few public servants in our history who have served as long and as well and with as much distinction as Dr. Tony Fauci. It will be a great honor to work with him again", rejoiced, during this return to favor with Joe Biden, the White House chief of staff, Ronald Klain, who had worked closely with him during the Ebola epidemic between 2014 and 2015.

President Joe Biden has sent his "deep thanks" to Dr Fauci for his work throughout the health crisis. His didactic tone and tirelessly repeated simple messages have brought calm and serenity to the United States during the pandemic. Reassuring, he was always factual and precise in detailing the level of alert and the state of contagiousness of the virus. He had experienced a comeback under the Biden administration after being dismissed by Donald Trump.

Hated by the former reality TV star, the multi-adviser to American presidents has had to face repeated insults from the Trump clan. During a hearing in the Senate, Fauci had also accused an elected Republican of encouraging the cabals and the profusion of death threats against him.

Despite his closeness to many American presidents, he always tried to stay away from politics. A distancing coupled with its scientific rigor which made it gradually become the pet peeve of conservatives, and the favorite target of anti-vaccines, in a context of very strong politicization of the health crisis in the United States.