A high-rise play, such as The Pillow Man by Martin Mcdonagh, will be presented at the Dengra Theater, Baza, Saturday, April 13, 2013. 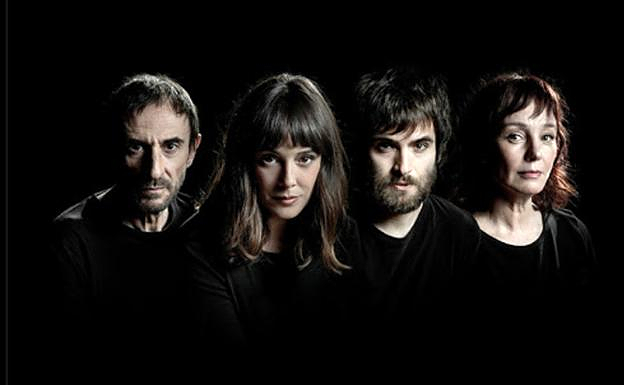 A high-rise play, such as The Pillow Man by Martin Mcdonagh, will be presented at the Dengra Theater, Baza, Saturday, April 13, 2013. It features a cast that includes highly-respected national actors like Juan Codina, Ricardo Gomez and Manuela Step.

The play will start at 8:00 pm and is part of the Platea Program of Ministry of Culture. This program allows high-level shows to reach main theaters in many cities including Baza.

Directed by David Serrano, "Pillow Man" tells the story of Katurian, who is a writer of short stories about mistreatment of minors and is taken into custody by police officers of a totalitarian country. We were not aware of her crime as political subversion. Her stories seem to be similar to recent crimes. Katurian claims she is innocent but she discovers that Michael, her intellectually disabled brother, committed the crimes. The story of Katurian is intertwined in the work with the recreations of some of his stories. This includes The Writer and The Writer's Brother. In which it is told how Katurian acquired her twisted imagination listening to the cries of her brother when he was a child.

Katurian must decide whether to sacrifice his life and that his brother's in order to preserve his works.

‹ ›
Keywords:
ObraLlegaHombreBazaTeatroDengraAlmohada
Your comment has been forwarded to the administrator for approval.×
Warning! Will constitute a criminal offense, illegal, threatening, offensive, insulting and swearing, derogatory, defamatory, vulgar, pornographic, indecent, personality rights, damaging or similar nature in the nature of all kinds of financial content, legal, criminal and administrative responsibility for the content of the sender member / members are belong.
Related News